Or, you can be like me, in which case you won’t do your research. Then you might find yourself, as I did on February 12th 2016, in an incredibly wonderful and shocking situation. 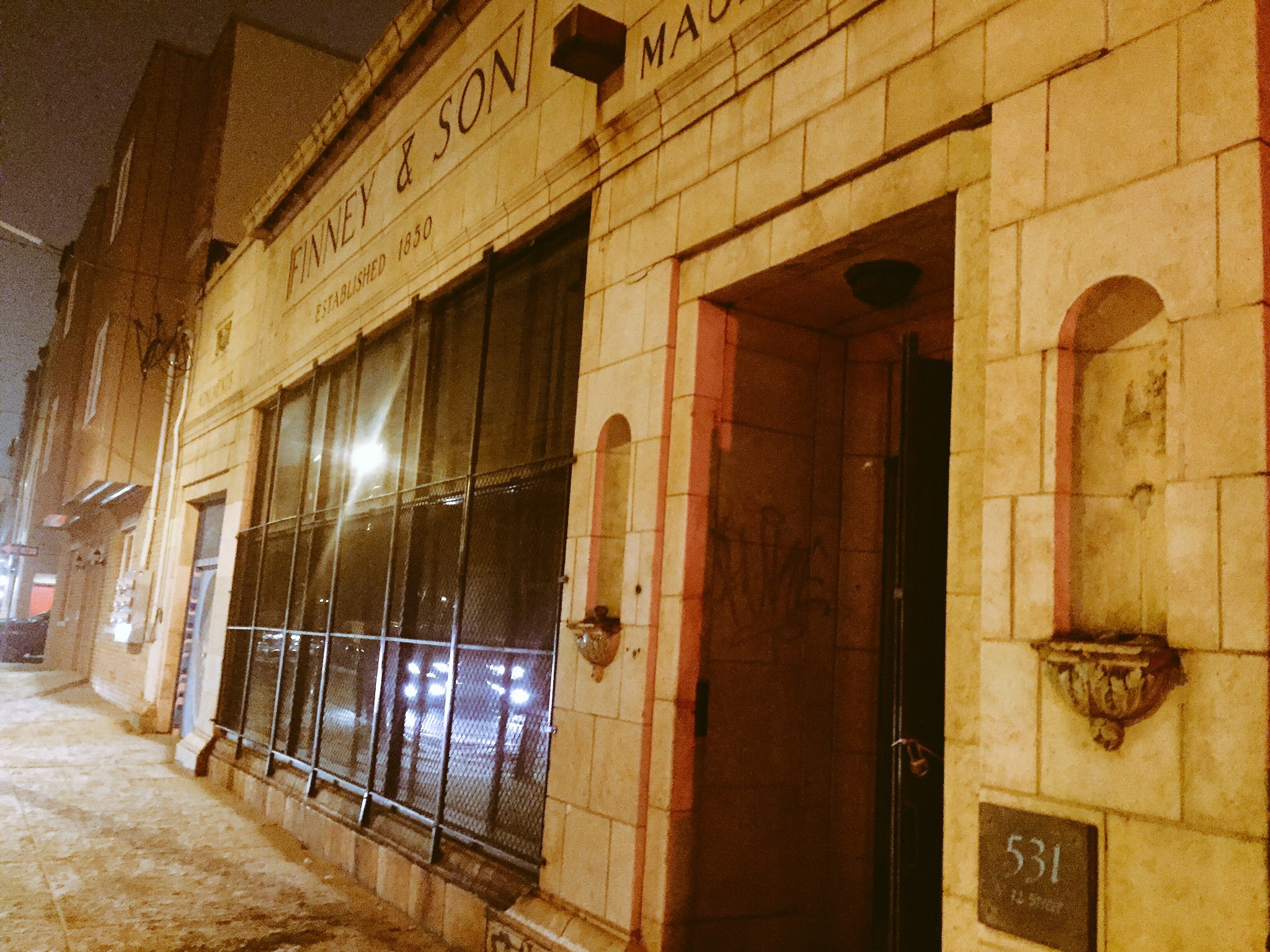 That was the night Steve Taylor & the Danielson Foil rolled into Philadelphia to shake the foundations of PhilaMOCA, the Philadelphia Mausoleum of Contemporary Art. Not only does it showcase some of Philadelphia’s most impressive, up-and-coming local, DIY, and underground artists, but it also transforms regularly into a concert venue, theater, and all-purpose community art space. And it’s a mausoleum. If you missed that, go back and read the name again. I’ll wait.

That’s right, this Philadelphia mausoleum at 531 N. 12th St. has a fascinating history and has existed as PhilaMOCA since 2010. When I showed up for Steve Taylor on February 12th I was prepared for a strange experience. Adding to the anticipation I caught a tweet from Steve Taylor on the way into the venue that read “best venue ever? A Mausoleum in Eraserhood under David Lynch.” As a fan of all-things-Lynch, familiar with Eraserhead, and well versed in the strangeness of Daniel Smith of Danielson, I was ready for things to get a little weird.

What I wasn’t prepared for was the nostalgia, mind-fuck explosion of Steve Taylor & the Danielson Foil. Here’s where the lack of research comes into play. I was passingly familiar with the sordid and often conflicted history between Steve Taylor and Christian Contemporary Music, how Taylor quit performing in order to record and produce and eventually work on films such as Blue Like Jazz, only to finally end up back in the appropriately named Steve Taylor & the Perfect Foil.

Had I done my research I wouldn’t have been as surprised to see Peter Furler step right out of my middle school CCM fanboy past and on stage to play drums for a few Danielson songs before the rest of the Foil joined them on stage. The experience of seeing Danielson backed by the former Newsboys frontman was undoubtedly the most surreal experience of my concert going life, one perfectly suited to take place in a mausoleum under the watchful gaze of David Lynch. 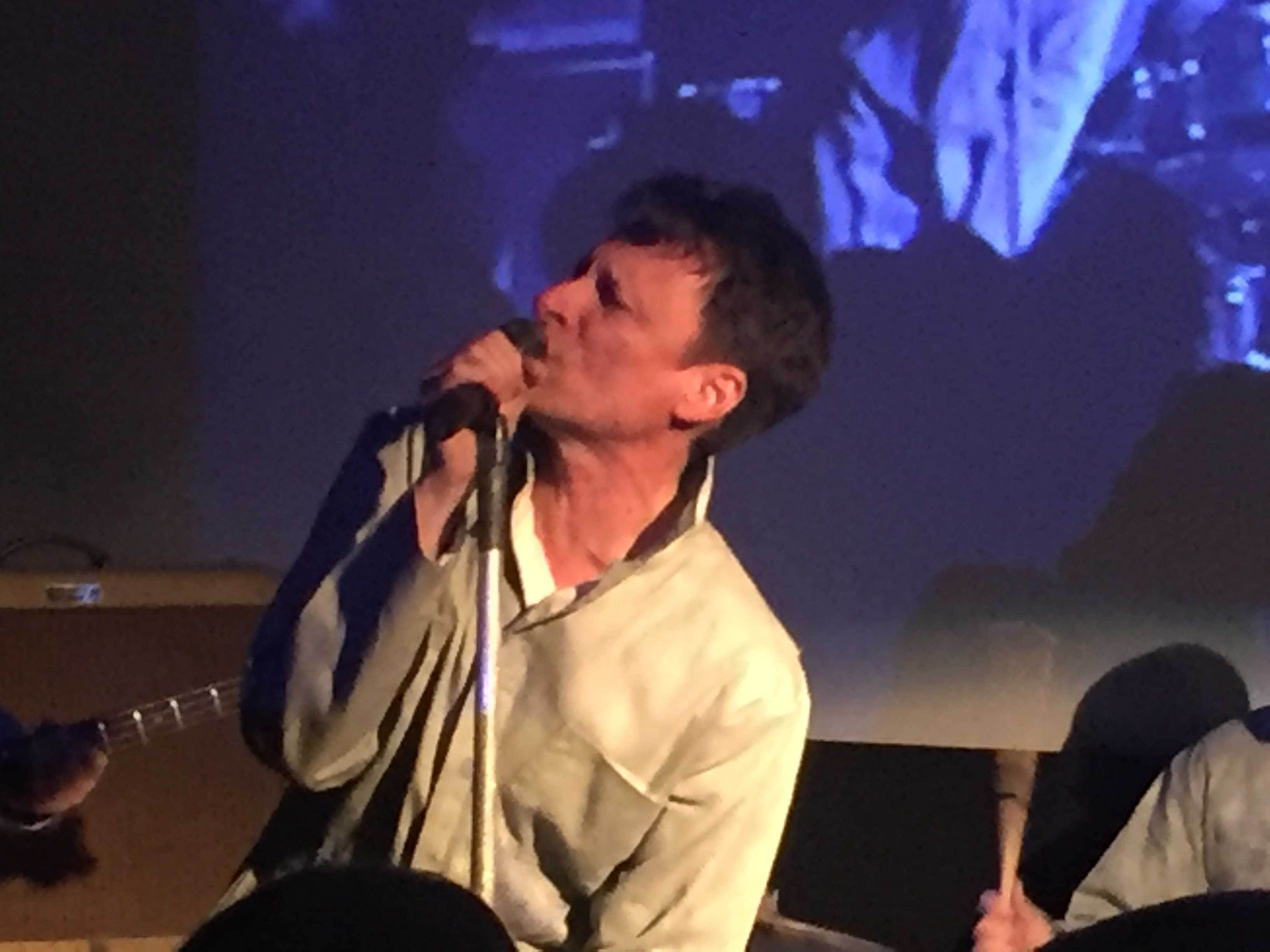 But the biggest thing I was unprepared for, was how hard Steve Taylor & the Danielson Foil would rock that venue. It was like a punk rock mess of glamor and noise that grabbed the room’s attention by the balls and didn’t let up for an hour of intense, amped, full volume rock and roll. Taylor was pure energy in a performance that smacked of David Bowie if he performed with the New York Dolls but all of them had converted to Christianity without losing any of the sex appeal.

Steve Taylor & the Danielson Foil performed the entire crowdfunded Wow to the Deadness EP. But the highlight of my night was still the performance of several Danielson songs with Elin and Rachel onstage in full costume but Fuller, Jimmy Abbegg, and John Painter backing them up. Worlds had collided, and I was on board for the full ride.

I would be remiss not to add that opening act Ortolan stole my heart from the start of the show. They were sexy like the thick tones of a Telecaster and the pulse of a Nord Electro. For Valentine’s Day, Ortolan performed a haunting cover of “I Put a Spell On You” with just a single electric guitar and voice. Lead singer Stephanie Cottingham’s soaring vocals chilled to the bone and put a spell on the room as everyone was clearly mesmerized by the performance.

I left the mausoleum certain that it was the hardest rocking room in Philadelphia that night, and even with Valentine’s Day on the horizon, the hardest rocking room that week. Steve Taylor belted out “I will not allow fate to ruin my legacy.” That audacity poured off the stage, into the ears and into the hearts of the small room, those fortunate enough to be at PhilaMOCA to witness Steve Taylor’s legacy of pure adrenaline-fueled, strange, and ultimately fun punk rock on display. The members of Steve Taylor & the Perfect Foil each have a long history, but combined their music is certainly alive and well. If they roll into your town, don’t miss out. You won’t be as unprepared as I was to have your world rocked.