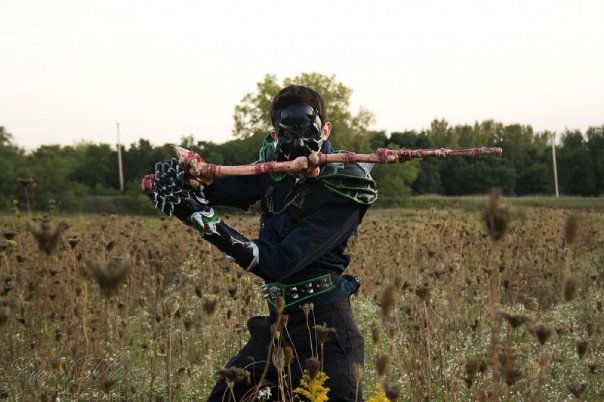 When you are making a film this low-budget, you have to make up for it with heart and follow through. For me this is the attribute required to thread the difficult needle of “so bad it’s good” and miss the “intentionally bad because of irony” and “bad because of laziness.” possibilities. Those that hit this sweet spot produce hidden gems, those that miss it are grating and terrible. Thankfully Zombie Hero hits dead center. It’s sincere in what it sets out to accomplish.

In Zombie Hero, our (then human) hero Michael is about to pull the trigger on proposing to his girlfriend Nina. Seemingly, Michael is so broke he needs to cut back-alley deals for a bouquet of flowers to accompany his proposal (or the flower shop wouldn’t let them film inside). Michael finds himself tangled up in the machinations of Dr. Logan Faust, a mad scientist who has been intentionally running pedestrians down in order to accumulate test subjects for his experiments in resurrecting the dead. Upon escaping from the lab, Michael finds himself enjoying his new role as a zombie and the powers it affords him. He takes a vigilante turn under the tutelage of a mysterious mentor (who serves as a Deus ex Hobo). This vigilantism gives him purpose in his new life as a zombie as well as providing a way to focus his hunger for the rush that eating humans gives him. 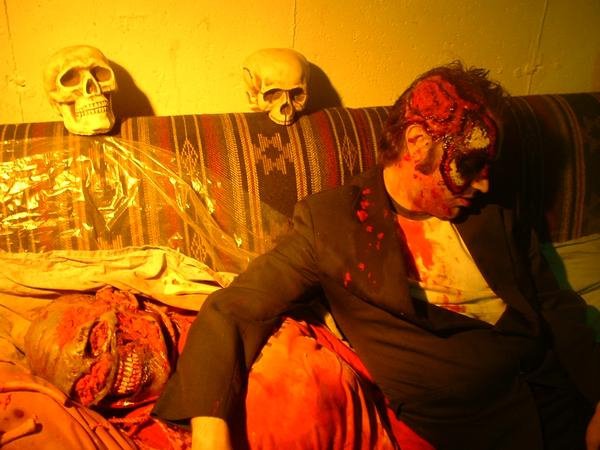 At it’s core this movie is about love. Dr. Faust has lost what Michael has and hopes to regain it through the most circuitous route possible: through zombies, cyborgs and cryogenics. This is a world where mad science is seemingly more affordable than grief counseling. I’m going to go ahead and ignore the alarming fact that the primary romantic pairing in the film is one of those couples that look like they are actually siblings. Couples like that creep me out in real life and they creep me out here.

On the down side, the bulk of the film is a montage. Cooking montage, training montage, zombie making montage, running errands montage, escape montage, gearing up montage. Little is in real time and the things that are sort of drag so the director’s choice to montage things up actually begins to make sense. It also fails the Bechdel test as the crew seems to only know two women and couldn’t get their schedules to line up.

Zombie Hero‘s up side comes from the constant stream of one-off characters. I thoroughly enjoyed Swearing Redneck, Nina’s Phone-A-Friend, Faust’s Computer, Baby-Eating Mugger, America’s Pimp, Heroin Toddler, and Norbort the dancing zombie cyborg. Actors are reused for these wonderful parts in the grand Evil Dead and Clerks lo-fi traditions. Every one of these quirky characters adds to the fun of the whole. 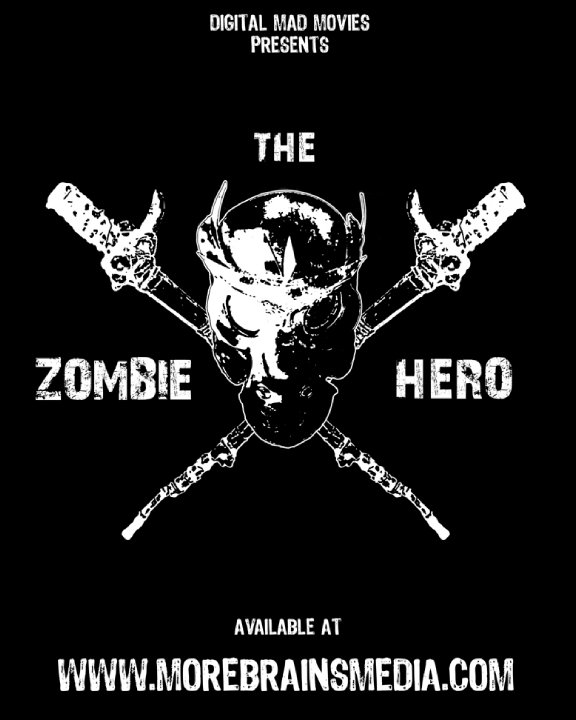 The stand-out character of this wide roster for me is Chief R. Chase (who looks like the Sam Elliot from a high school theater production of the The Big Lebowski in a suit) He smokes a cigarillo and wears sunglasses while being interviewed in a local TV news studio, he swears a pact to God for success in his revenge campaign and he puts out his cigarillos in the palm of his hand. Every time he is off screen I miss him. A buddy cop film of him and Norbort the dancing cyborg zombie is the sequel that better be in the works if we live in a just universe.

The biggest strength of Zombie Hero comes from how fun the cast and crew seemed to have making the film, that sort of fun carries through and makes the movie and enjoyable watch, warts and all. The time (two years if the scathing behind the scenes drama review on Amazon is to be believed) and love (metric tons) put into the movie drip from it. I’m a jaded old man and these adorable kids getting together to see their homebrew film vision through to it’s completion warms my tired, hardened heart. This film is the definition of A for effort. There are worse ways to spend a lazy Saturday afternoon then watching a film held together with good intentions and noble spirit. 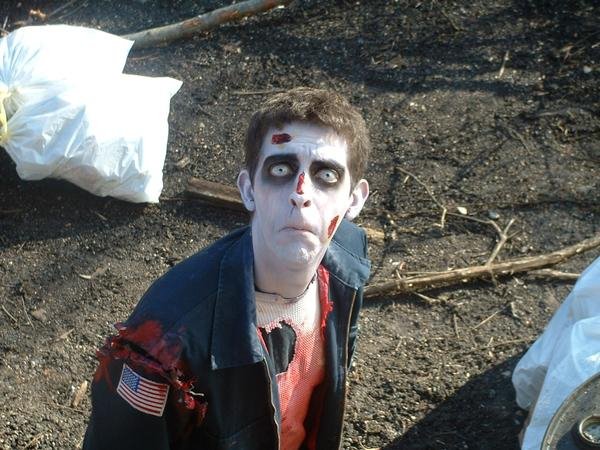 Zombie Hero is not the hero we asked for, but he may just be the hero we need in our cynical time.