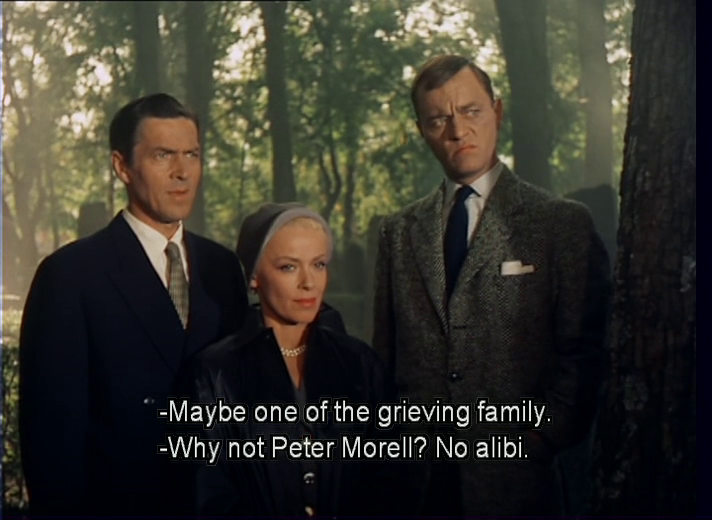 To truly understand how a genre or subgenre works within the confines of it’s medium, one must start at the very beginning. I would like to give you a full look at how Giallo works by looking at the movies that go a shape it stylistically. And the first place to start is the ancestral cinematic home of the subgenre itself. We’re heading to Sweden.

You heard me right, we’re going to Sweden.

Yeah, I know. It sounds pretty weird that a subgenre totally set in Italy starts out farther north than it’s original setting, but let me explain. Waaayyy back in the 1950’s, Screenwriter Folke Mellvig was making a killing in the mystery novel market with his characters John and Kajsa Hillman. They were like the Swedish high class version of Dashiell Hamett’s Nick and Nora Charles, but instead of the Hillmans having a cute dog named Asta, they had a cute, bumbling valet named Freddy. Doing what comes naturally, Mellvig started to adapt his novels for movies. Most notably the novels with a colour in it name. Now, I’d love to cover all these movies (and we will in another time in this column), but right now, we’re just going to focus one one of them. The movie we’re going to talk about that’s important to the Giallo sub genre is Mannekäng i rött (Mannequin In Red).

M.I.R starts out with John and Freddy shutting down a major blackmail ring with the help of police. While the ringleader is captured, some loose ends need to be tidied up. While the cops work on the paperwork, John is given the task to hunt down the ringleader’s major collaborator, Kajsa Sundin AKA The Mannequin In Red. Meanwhile, Kajsa has taken a case from the owner of a famed fashion house known as La Femme and has decided to investigate under deep cover. Someone is laughing negative, disparaging tactics against the fashion house to ruin its image. When John and Freddy come by to pick Kajsa up, they find the body of Sundin in Le Femme’s display window, with a knife in her back. Seems someone who was Sundin’s target bit back. But who is it? And are they involved in the smear tactics with the fashion house?

Many genre specialists and historians all point to this film as to where all the tropes of Giallo start. Everything from the fashion house setting, the amature sluths or outsiders involved, the black gloved killer with the shiny weapon, even the use of technicolor (this being the Hillmans’ first color film) and the final eureka moment can be attributed to M.I.R. 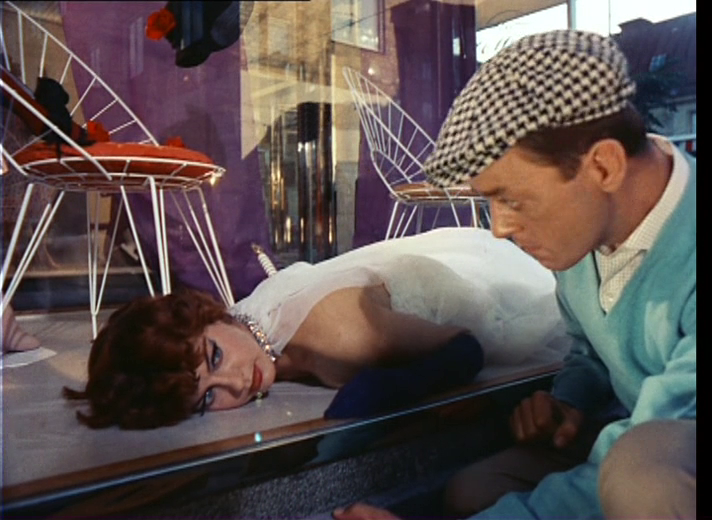 All this can be attributed to the direction of Arne Mattsson. One of Sweden’s finest directors. He started out cutting his teeth with comedies which eventually let him to win The Golden Bear,Berlin’s highest film award with his film Hon dansade en sommar (One Day In Summer). It would also earn him a nomination to Canne’s Palm d’Or. He follows it up next year with his controversial drama Kärlekens bröd (Bread of Love), earning another nomination from Cannes and an angry hornet nest of Soviets in the process. After doing a mish mash of other films, including the remake of the great silent horror, Körkarlen (The Phantom Carriage) (seriously, if anyone has a copy of this, hook me up please), he when and tackled Mellvig’s Hillman thrillers to wind down and experiment with a few things. M.I.R. is possibly his greatest technical achievement.

I wish I could add more about this film. Not much is written about it. M.I.R. and all of the other Hillman thrillers have been pressed to DVD, but have been long out of print. You’re most likely able to find a copy on EBay. I was lucky to have a friend burn a copy in order to experience it.

If anyone does have any further information, it would be greatly appreciated if it was shared to at least preserve the memory of the film. A whole film community will be grateful.