There are those who kill violently.

So says the poster’s tagline, enticing splatter fans to a bloody piece of exploitation. And the film definitely delivers on that promise. Abel Ferrara’s The Driller Killer is a scuzzy 1979 slasher about an artist cracking under the pressure of barely getting by in the squalor of pre-Giuliani New York, who wanders the streets at night slaughtering the city’s indigents with a portable power drill. It’s a gleeful splatter-fest, but The Driller Killer also winds up being a bit more than that. 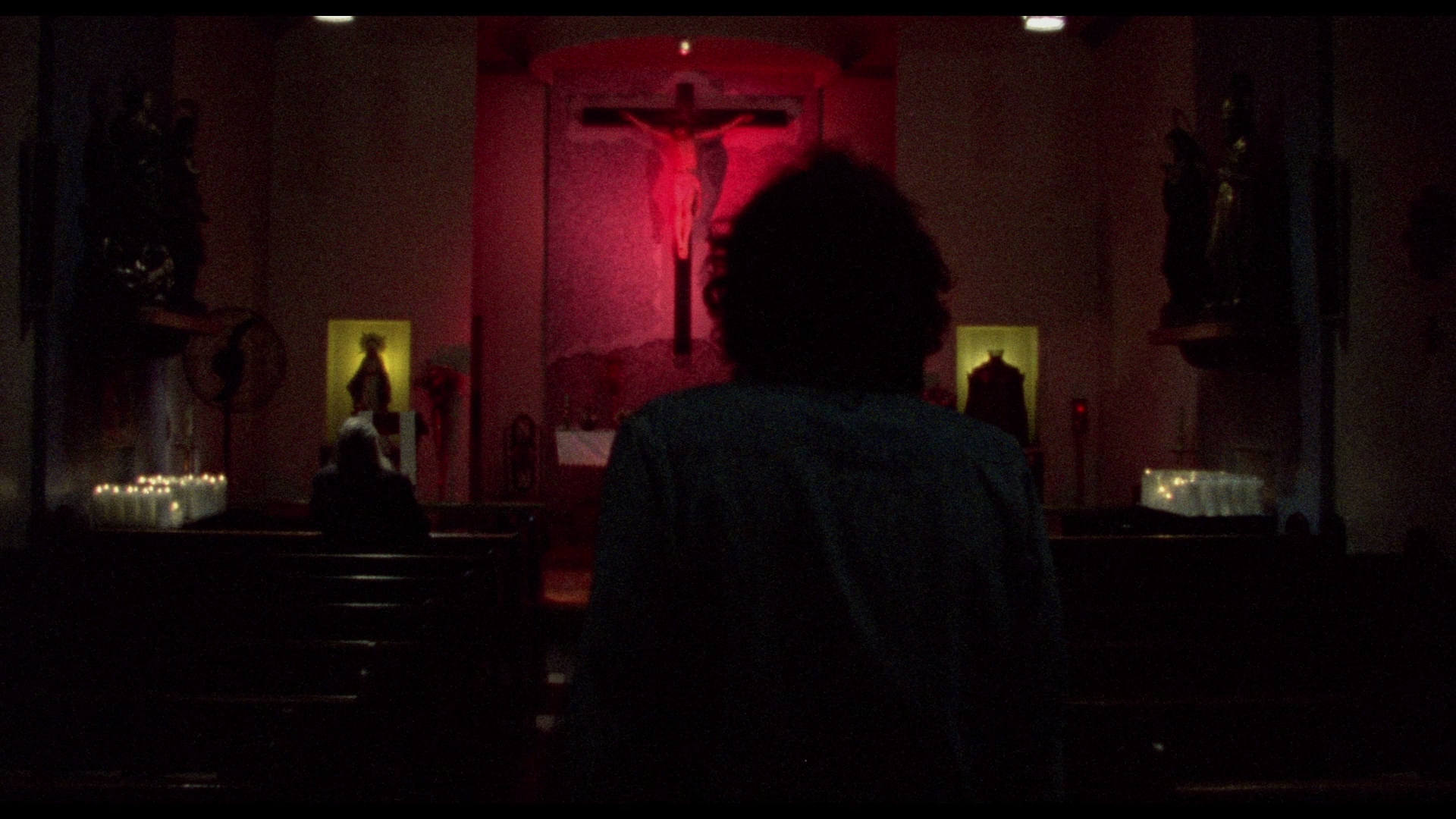 The promised violence is there. Not merely in the murder and bloodshed (although that’s definitely there too), but in the intensity of the director’s vision. And in the crude, matter-of-factness, with which Ferrara documents his New York. This is Abel Ferrara’s [Self] Portrait of the Artist as a Young Man, lost in the desolate wasteland of New York, a pitiless Moloch devouring its young without pity. But unlike a lot of exploitation flicks, the element of escapism is uncomfortably missing. While there’s a heavy comedic element to the film (not “ha ha” funny exactly, but funny just the same; Ferrara himself admits to as much in interviews on the disc’s special features) there isn’t a whole lot of ironic distance between the camera and the filth on the streets, or in the wide-eyed madness of the protagonist, Reno Miller (played by Ferrara himself, credited as Jimmy Laine). Ferrara is a director who shoots madness in close-up. And it’s a little unnerving.

Not counting a porno in 1976, The Driller Killer was Ferrara’s first feature film, and it shows. It’s a rough document, a kind of early draft that reveals a talented director’s vision as it comes into focus. That inexperience does not come with a lack of confidence, but a rawness, an unvarnished, unsophisticated immediacy. Ferrara would go on to develop a more mature, nuanced approach to his filmmaking. Just seeing his growth between this film and his second feature, Ms 45 is pretty astounding. But the raw, exposed nerve that has been a continuous feature of his work, is very much on display in The Driller Killer. And the bluntness winds up being pretty effective here as well. Why use a scalpel when a cudgel would suffice? Especially when the movie is about a maniac drilling holes through people’s foreheads with a power drill. 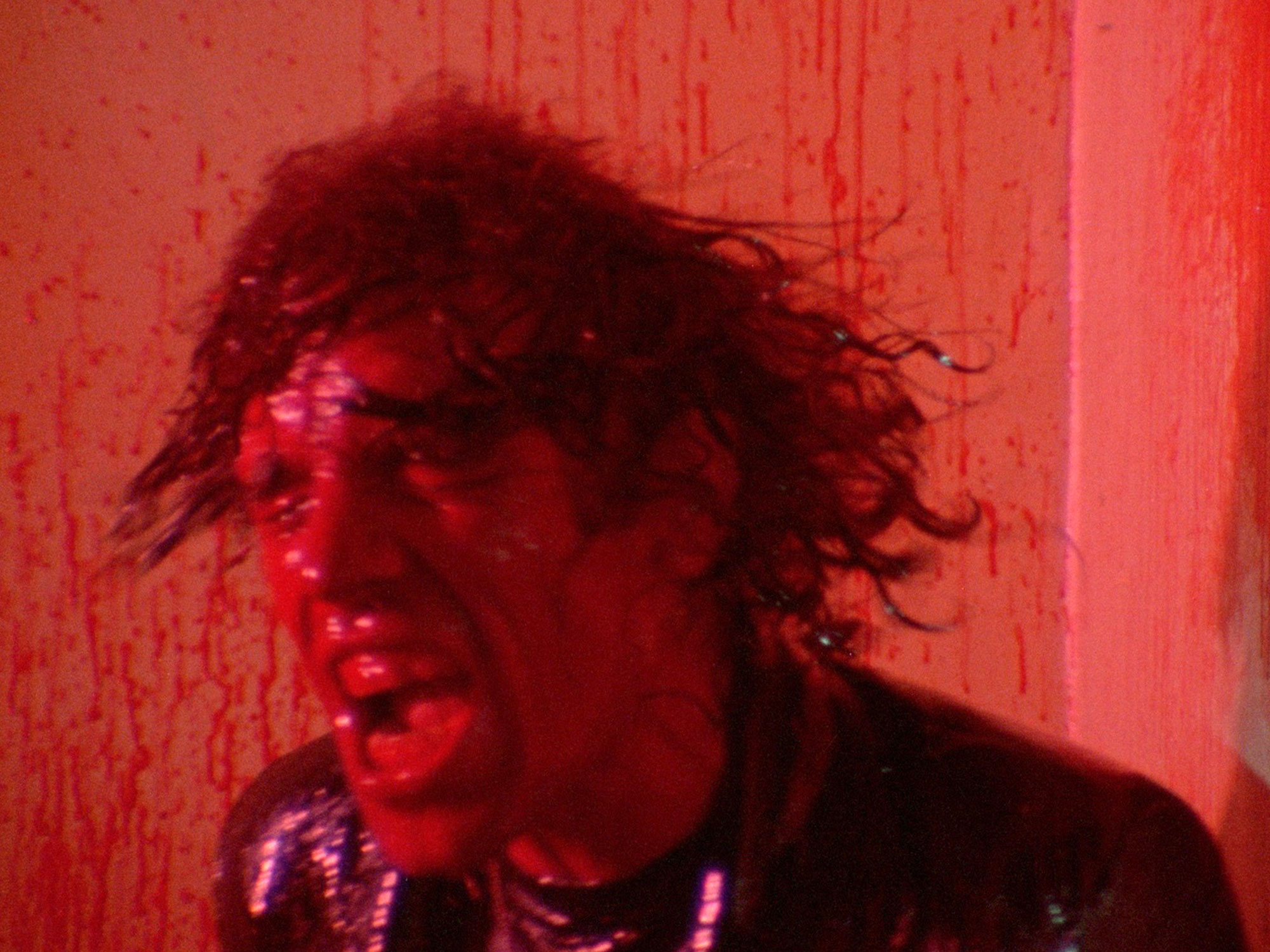 Yet even in the roughness, there is evidence of his sophisticated visual language, in early growth. The focal point of Reno’s apartment is a giant painting of a buffalo that he has been working on endlessly for weeks; the painting he goes mad working on. The eye of the buffalo makes for a really strong visual motif throughout the film. Constantly staring, unblinking, vacant; an eye of madness and oblivion slowly leading Reno over the edge. It’s rhymed with extreme closeups of Reno’s own eye, drilled holes in a door, and overlaid in visions with an image of a woman with bloody, empty eye sockets.

In a new interview recorded for the Arrow Video release, Ferrara calls the film a documentary, capturing himself and his circle of friends as they lived, in New York. He’s got something there too. The story is fiction, but the filth, the squalor, the anxiety and desperation feel a little too real. His actors have a crude directness about them too; these are not polished performances. This is kind of a mixed bag; at times the amateurish performances and awkward, improvised dialogue can be distracting; at other times it’s uncomfortably effective. 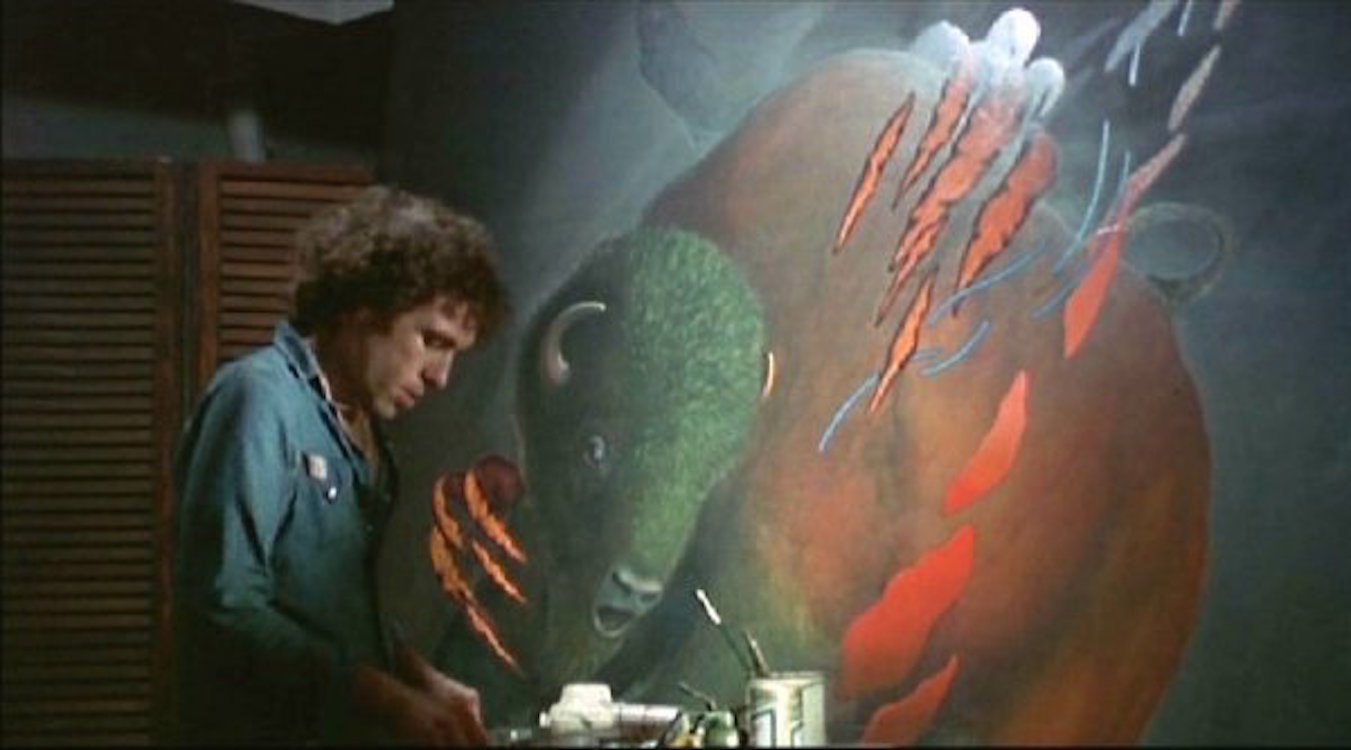 Regarding the film’s restoration, The Driller Killer presents a bit of an interesting challenge. The dingily lit, grainy 16mm print has been meticulously restored to it’s lo-fi original state. But a good looking film this is not. It’s a murky, grimy piece of 1970s New York sleaze, and you can practically smell the sweat, trash and booze wafting over the streets and alleyways. But grimy or not, genre and exploitation fans should be very happy with this release.