That was pretty good.

This is an actual quote from Mike Cramer’s Teenage Ghost Punk and it sums up my thoughts on the film. I thought it was a pretty good movie. I enjoyed it. I was caught up in the story and the characters and even though I had some issues with the movie? I still thought it was a rather entertaining, charming, and endearing movie. There are definitely worse ways to spend your time than watching Teenage Ghost Punk.

Teenage Ghost Punk is a welcome throwback to the charming fun family friendly horror comedies from the 80s and 90s. It reminded me of films like My Best Friend’s a Vampire, My Mom’s a Werewolf, and My Boyfriend’s Back. It had the same charm and heart that those films did, and it was a real welcome sight to see in today’s horror genre. I am not saying I have a problem with blood and guts and terror but it’s also nice to see a film like this that manages to tell an engaging story, with likable characters that doesn’t rely on jump scares, or tits and gore to keep your attention. Gore only goes so far and this film honestly had more likable characters in it that I genuinely cared about than a lot of horror films I have seen recently. It actually managed to make me care about a ghost as if it was a three dimensional character. That’s a rare feat.

And a lot of the reasons why I care so much about the characters and am genuinely roped in with the proceedings? The script by Mike Cramer. This is a genuinely great script. If the film had a little bit more of a budget it could really go all out with some ghostly effects and have a real protagonist for the ghost punk, and his friends to combat. But since the budget was low? Mike took the wise route and wrote a smaller more character orientated story that focused less on the supernatural and more on the human elements, which were under his control. But that does not mean that he doesn’t deliver the goods when it comes to the supernatural stuff, because he like I said earlier manages to make ghosts three dimensional characters, and create a unique portrayal of them that I honestly haven’t seen before. And he manages to satirize and spoof the ghost hunting craze and the mediums all in one swoop and it’s a real hoot. The sequences with S.P.I.T. are really quite clever. And speaking of clever? The script is chock full of clever lines and wonderful bits of character building. And it also has an ending that may not be bombastic in terms of special effects or anything like that, but it manages to resonate with the audience just the same. And manages to be bombastic on an emotional level. 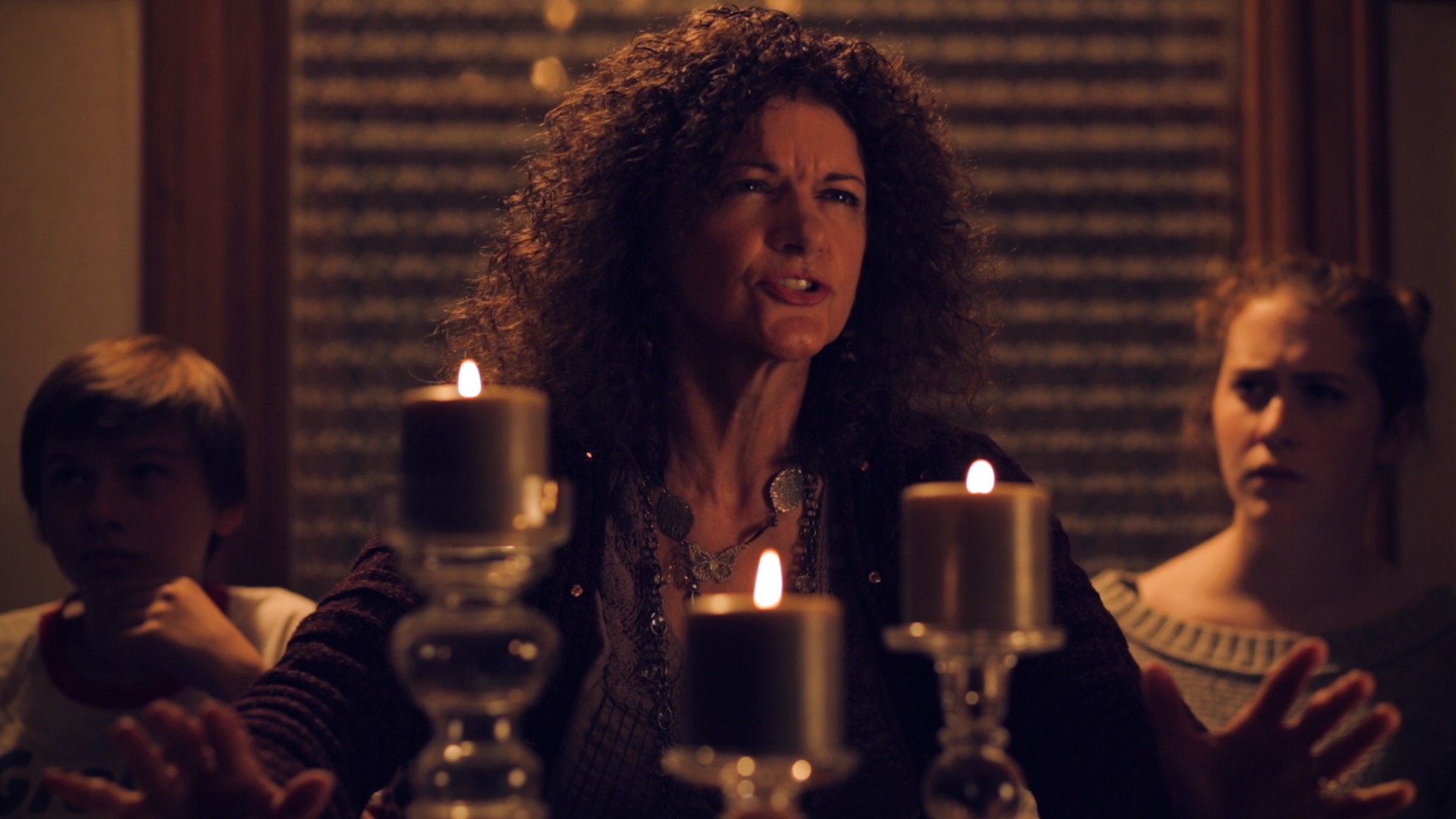 But none of these characters, moments or lines of dialogue could be brought to life without the performances by the cast. And except for a few minor exceptions? They all bring their A-Game. I actually believed that these were real human characters for the most part. They had personality and charisma, they were relatable, and it definitely did look like they had fun in their roles. And that’s always a plus for me. There’s nothing that takes me out of a film faster than an actor who looks like they could care less about being on the set. Even side characters made an impression on me. Like Jake Shadrake as Squatchy. He was just so darn loveable. I wanted to hang out with the big guy after the film was over that’s how truly endearing his performance was.

But as much as I liked Squatchy and the other side characters in the film? The real stand outs were definitely the main cast. Grace Madigan, Jack Cramer, and Adria Dawn were all fantastic in this movie. They were so good that I completely forgot I was watching a movie and that they were fictional characters. In particular Grace Madigan who I really do hope goes on to have a great career full of big roles because she deserves it. She was cute, lovable but she also wasn’t just a pretty face. She had extra pathos and depth to her role that really made it pop. Adria Dawn was a great mother and it was nice to see a mom that had personality and spunk and was also into punk. And the Teenage Ghost Punk himself was a rough around the edges but ultimately really cool guy(Or ghost whichever you prefer…). And he showed me that you can be a punk but you also don’t have be a total prick. It was a nice touch to make Brian a genuinely sweet guy who was into punk rock but wasn’t a total douchebag. The film could have gone in a completely different direction with the teenage punk angle and part of me honestly would be curious to see a Beetlejuice type horror comedy with an annoying, loud, punk rocker haunting someone’s house, but the choice made here works for the film and it fits. 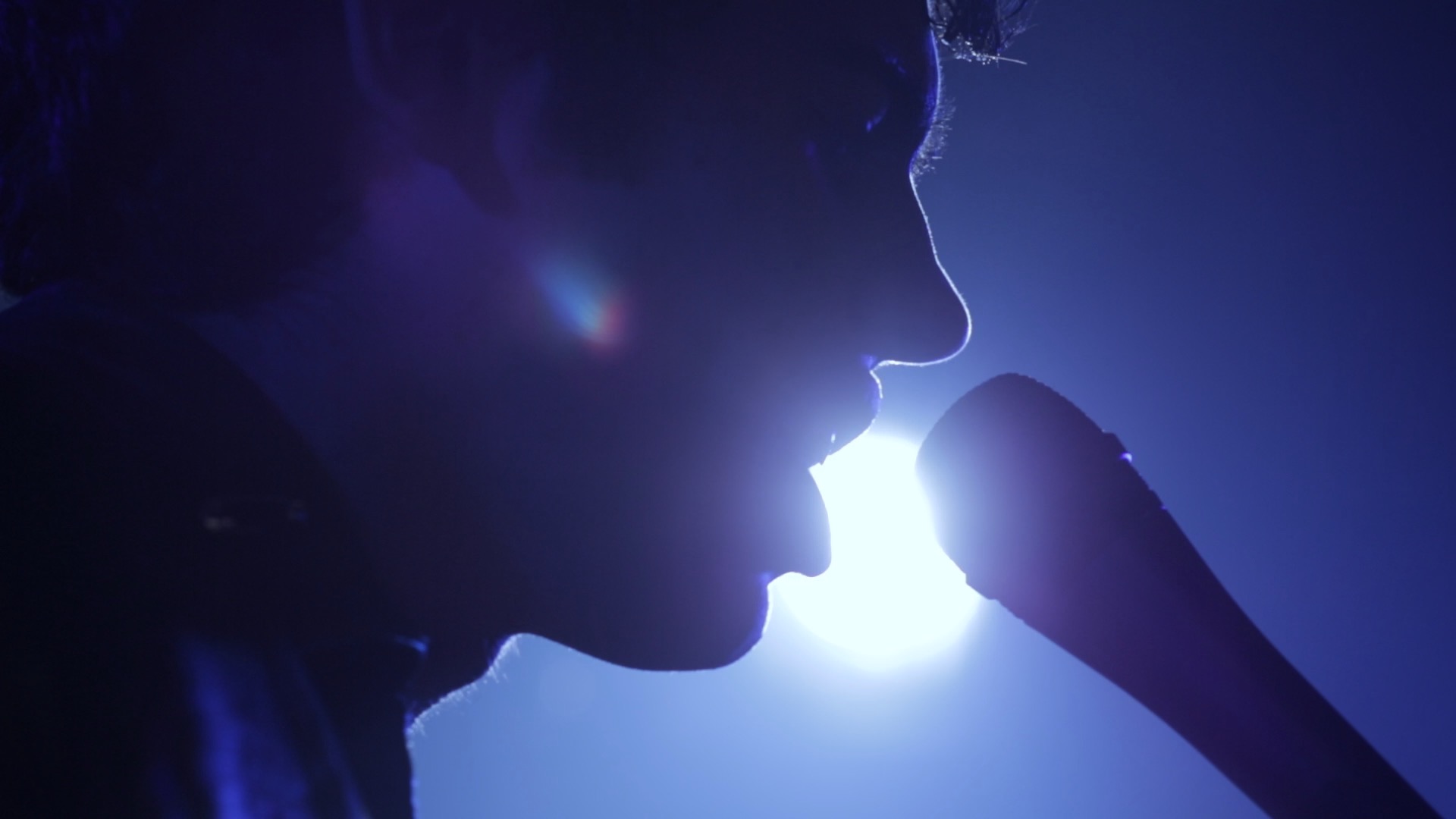 I also felt Mike’s directing was excellent as well. You could tell that he not only knew what he was doing, but also had a natural knack for it. He set up his shots well, made use of a few clever camera angles here and there and got the most out his limited budget and it shows. I have seen indie horror films with bigger budgets that looked worse in terms of production values than this film did. I also liked the song choices in the film. The score could have used some work though. It wasn’t a highlight but it also wasn’t so bad it made my ears bleed.

The film has a lot of genuinely good things about it. But it does have some flaws. Flaws that ultimately prevent me from labeling it a classic or a great film. For one? Not a lot other than character building moments happens in the film. It has great characters but it feels rather small and like the stakes are never high enough. Which leads to scenes that start to drag and it hurts the pacing. There were a few times I was looking at my watch while watching this and that’s not a good thing. But the characters and the story was so interesting it kept me going till the end but it needed an extra bit of pizazz or something. Maybe more with the S.P.I.T. team becoming potential antagonists in the film other than just minor nuisances?

Also it’s humor while at times is clever? Other times? It’s far from it. Any scene with Carol’s womanizing boss is like a cheese grater to my balls. It is that painful to sit through and watch her boss spout one lame pick up line after the next. Equally as painful is Noah Kitso’s performance as Adam. He comes across as a clone of Jonathan Taylor Thomas with ten times the snark, and none of the spark. And he also has line after line of dialogue that is so unnatural it makes him sound like he’s some alien that the Popalawski’s adopted as one of their own. It is so bad it’s honestly cringe inducing. There are also a few other groaner lines here and there throughout. And I honestly though the whole subplot with the mom at work and her jerk of a boss could have been cut out of the film and it would not have hurt the film one bit. In fact it might have helped it. Same goes for Adam’s strange Shakespearean style of a dialogue. But other than those issues? The film was pretty solid overall.

Teenage Ghost Punk is the type of film that you rarely see anymore. A low budget charmer that relies more upon its characters and heart more than it’s scares. I admit. I am a sucker for truly terrifying horror films that keep me up at night and make my heart race in suspense or make me squee with glee at one creative kill after the next. But I am also a sucker for good old fashioned heart warming story about someone who falls in love and learns some valuable life lessons along the way. It’s a coming of age teenage drama comedy film more than it’s a horror film. But it’s a quite effective one. If you are looking for a straight up horror comedy? I would suggest your steer clear. But if you are in for a teen drama with a supernatural twist? Check this one out. It’s worth a look.