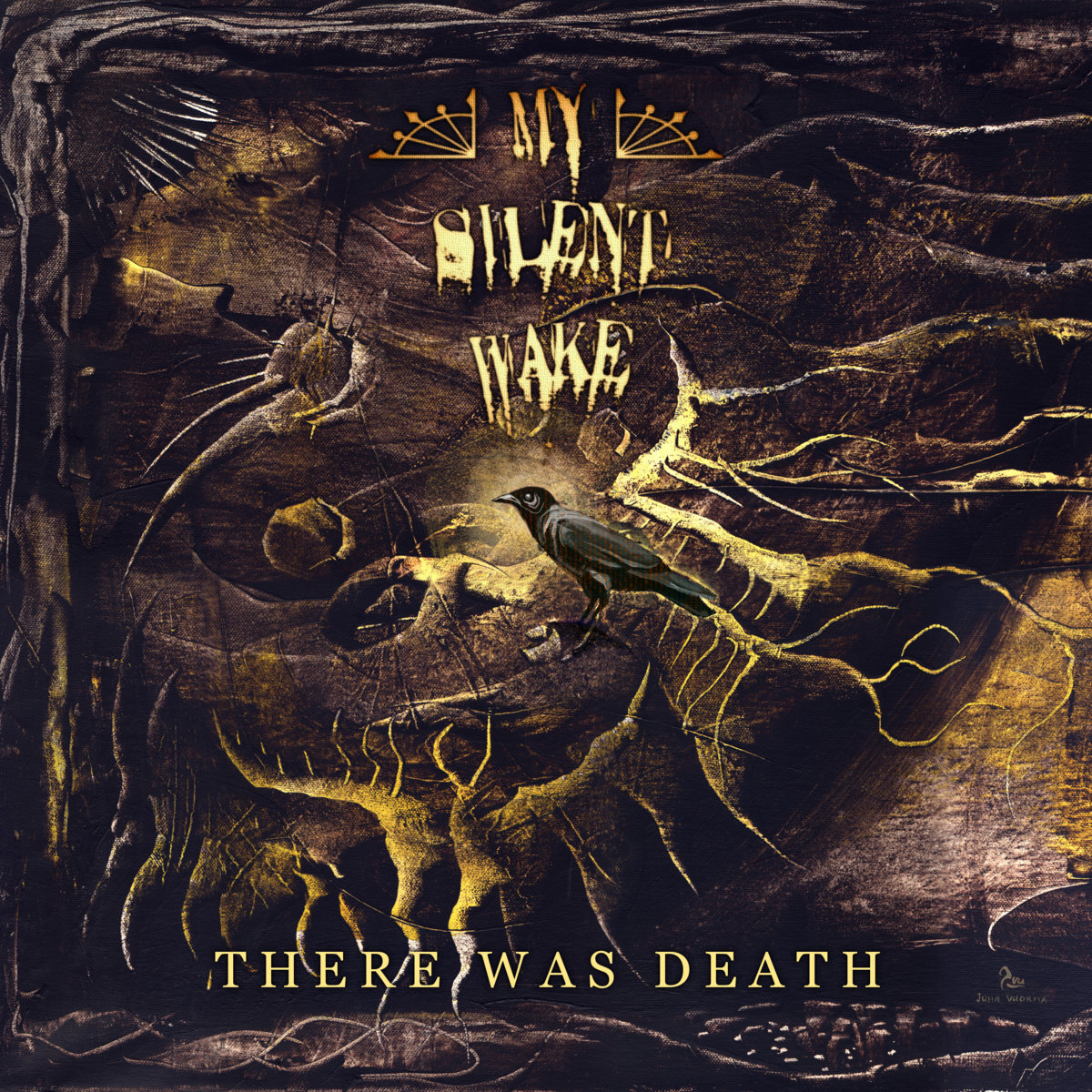 The newest album from British metal band My Silent Wake is nine tracks of devastatingly heavy doom metal that almost transcends the genre. The veteran band is at top form here, creating a record that is simultaneously cohesive and consistent while utilizing a wide variety of styles and instrumentation, sometimes within the same track. One thing that stands out is the tone of the guitars, which work with the other instruments to create a certain mood and atmosphere. The overall tone of this album is amazing – managing to keep a grim and menacing mood going even as styles and tempos fluctuate throughout.

Ian Arkley (guitar and harsh vocals) and Simon Bibby (keys and clean vocals) have played together in various bands since the late 80s, the first and most well-known being the doom/thrash outfit Seventh Angel. There Was Death is the tenth full-length studio album from My Silent Wake, though there are many split releases with other bands, as well as singles and EPs. MSW has been consistent in the quality of their albums, even as they strayed from the metal path to do dark ambient music, such as their 2017 masterpiece “Invitation to Imperfection.” Having done the ambient release last year, they came back with one of the heaviest albums of their career with There Was Death.

One of My Silent Wake’s strengths is that Arkley’s death growls are understandable, making the lyrics an important part of the listening experience. The variety of instruments used, and the blending of acoustic elements in with the heavy and distorted, creates an otherworldly feel to the music. By no means is My Silent Wake a folk metal band, but there are definitely British folk influences in their sound. The blending of acoustic and distorted sounds, as well as clean and growl vocals might invite comparisons to Opeth, and there are progressive elements to MSW, but their music is so unique that I don’t want to “falsely accuse” them of sounding like someone else. It is notable that There Was Death contains enough gothic themes in its sound to set it apart from others. I would venture to say that the band’s sound is heavily influenced by the industrial gloom and rainy, foggy weather of England.

There Was Death begins with “A Dying Man’s Wish”, a song that starts with a Sabbath-worthy riff that lets you know you’re in for some heavy doom metal. Blackened death growls and atmospheric keys complete the mood, along with some excellent drumming that really stands out. Second track “Damnation Memoriae”, which shares its title with a previous MSW album but was not written during the sessions for that album, has a lot of changes in tempo and a killer death growl vocal, as well as some great lead guitar work. “Killing Flaw”, one of the shorter songs on the album, speeds things up, verging on blast beats territory. Just when you think you know what to expect, the band shifts gears and slows the tempo down and then kicks into high gear again before you have time to catch your breath.

While There Was Death is all killer-no filler, “Ghosts of Parlous Lives” is one of my personal favorite tracks. The ten-minute track has so many incredible parts to it, including some female background vocals.

“Walls Within Walls” starts out sounding like a classic lo-fi black metal song but has more in common with melodic death. My favorite thing about this song is that you can really hear the bass up high in the mix and for good reason: the bass playing on this track is exceptional.

“No End to Sorrow”, with its clean vocals and acoustic guitars give the impression that you’re hearing a melancholic folk song but then growls and doomy distorted guitars blow that impression away. A little bit of Dark Side of the Moon-era Pink Floyd influence shows in the song’s last moments.

There Was Death’s final and longest track, “An End to Suffering” has some great classical and folk-influenced instrumentation at the start, with acoustic guitar, keys, yangqin (a kind of dulcimer) and a pump organ. Female vocals and clean vocals by band member Simon Bibby combine with the metal elements to make for an epic song that brings the album to an epic and climactic end.

My Silent Wake are an incredible metal band, whose members, particularly Ian Arkley and Simon Bibby, have a metal pedigree that makes them worthy of more exposure and success than they have had. While they may be veterans of the metal scene, There Was Death shows them at the top of their game and still full of fresh ideas.