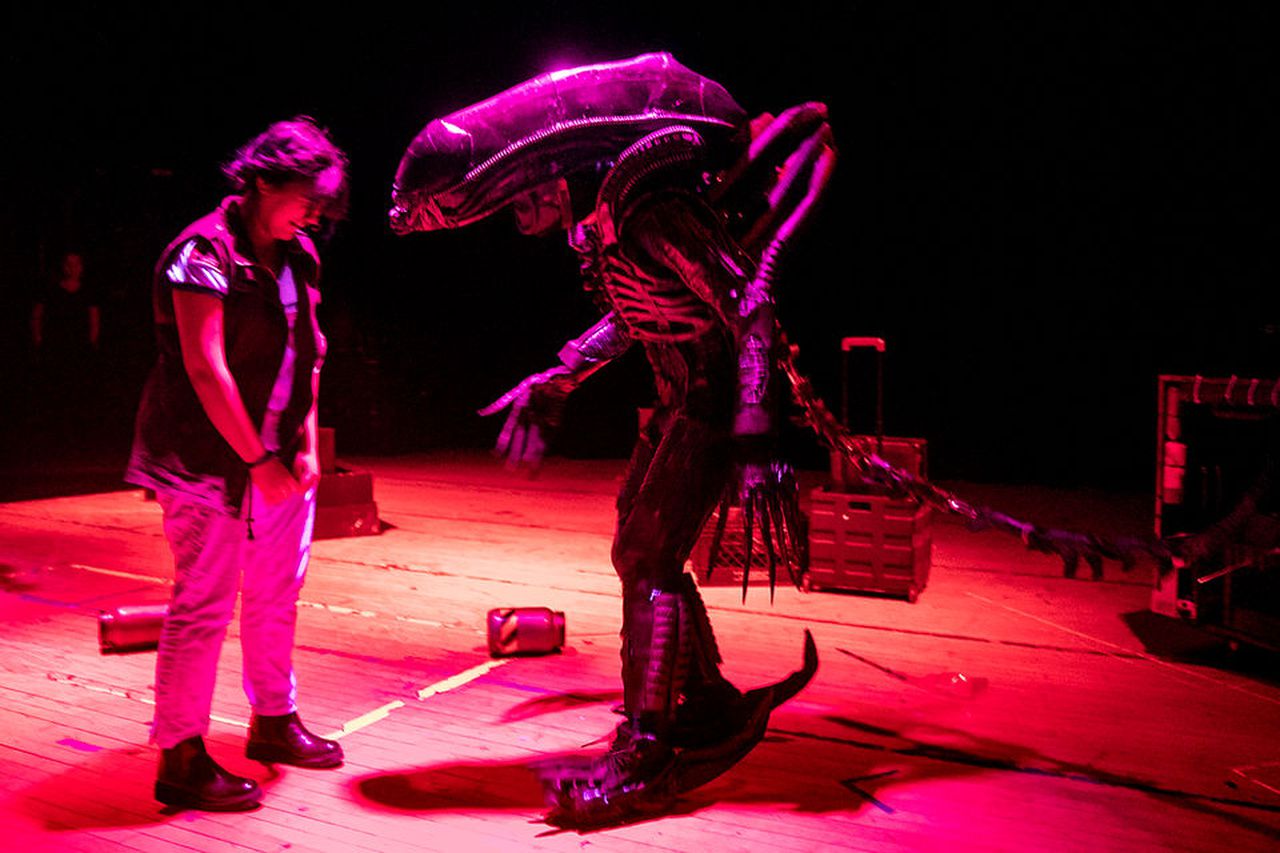 Fandom is a passion and passion is what defines art, this is the crux of filmmakers Lucy Harvey and Danielle Kummers’s Alien On Stage. The documentary takes a light hearted journey into the world of amateur stage productions and follows a self-assembled troup as they make the step from small town performance to the West End, England’s most cherished stage.

The actual play is introduced with it’s lack of headlines, small crowd and a lack of profit. But as stage director David Mitchell and his troup begin to fill the screen one can’t help but feel the pure joy they’re experiencing as they construct homemade costumes, balance home life and take endless cigarette breaks to laugh off their missed lines. From the start it’s revealed that Lucy took a liking to their rendition of Alien and took the initiative to crowdfund an endeavor to London for the troupe. Her reason, “this is a special play for a special audience.” 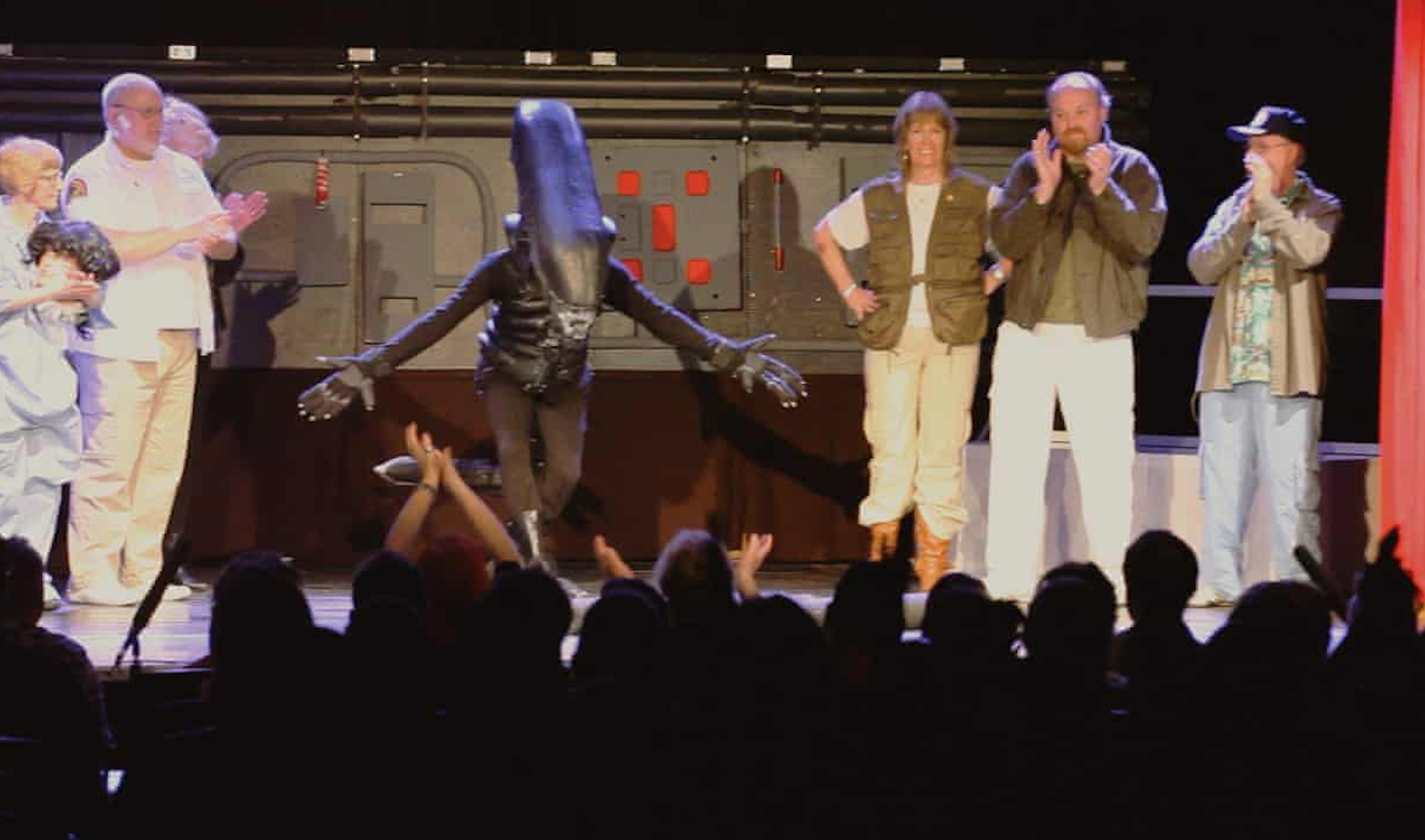 The same is true of this documentary. While some may be satisfied with watching the likeable Brits, most would find their passion hard to understand without first knowing what it means to be a fan or to have a creative desire. Seeing each actor balance work life, home life and the look on their face when they complete a task becomes a constant trickle of joy throughout. The chaos of the stage or any production is a constant subject of documentary, it presents a constant source of conflict throughout. Missed cues, light failures, costume malfunctions. One after another problems arise to challenge David and his crew, but their whimsical dismiss and chuckles throughout are what keep you engaged and just as nervous as show time arrives.

For those who are fans of documentaries like An American Horror Movie and have a penchant for some dry chuckles this will serve as a love letter to their own heart. Both the documentary and production hold a wonderful charm that’s contagious throughout and once the curtains go up, you’ll cheer just as hard as the fully packed house audience in the West End as Lucy’s film puts David and crews hearts front and center to share the spotlight beside their hard work.

Watch Alien on at the Chattanooga Film Festival now!