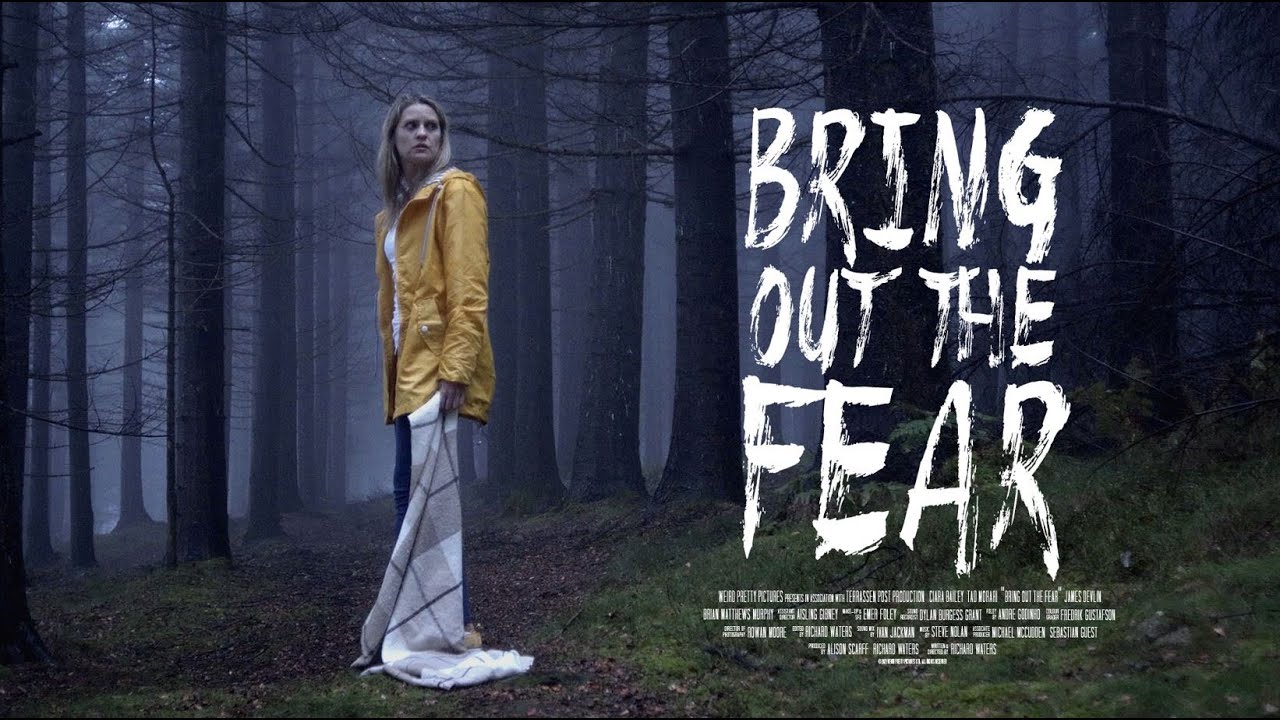 Richard Waters writes and directs Bring Out the Fear, the newest film to be released by The Horror Collective. Starring Ciara Bailey James Devlin as Rosie and Dan, a troubled couple on their way to experience a brief day out in nature, their day out soon turns to terror as something malevolent in the woods sets its sights on them.

Recovering addict Rosie and her boyfriend Dan are off for a hike in the local woods for some time in nature and to work on their fragile relationship. They make their way to the top of a hill where they are treated to a view of the town below and the coastline. With this beautiful panorama before them, Dan unexpectedly proposes. Rosie rejects him, explaining that it’s too soon, especially after what’s happened. As the audience, we don’t know what has happened but it’s relatively easy to deduce that Rosie has had some kind of affair coupled with her alcoholism. This rejection and ensuing argument seemingly act as a catalyst for whatever is in the woods to take notice of them.

Voices begin to whisper, but only Rosie can hear them. A figure appears in the distance facing away from them that only Dan can see. Soon the trees themselves seem to scream at them, deafening them and creating an oppressive wall of sound. And, as is customary for horror movies set in the woods the pair stumble across an extremely creepy sculpture of a loping humanoid figure made of spindly branches with a rough-hewn furious face set into a lump of wood perched on top. 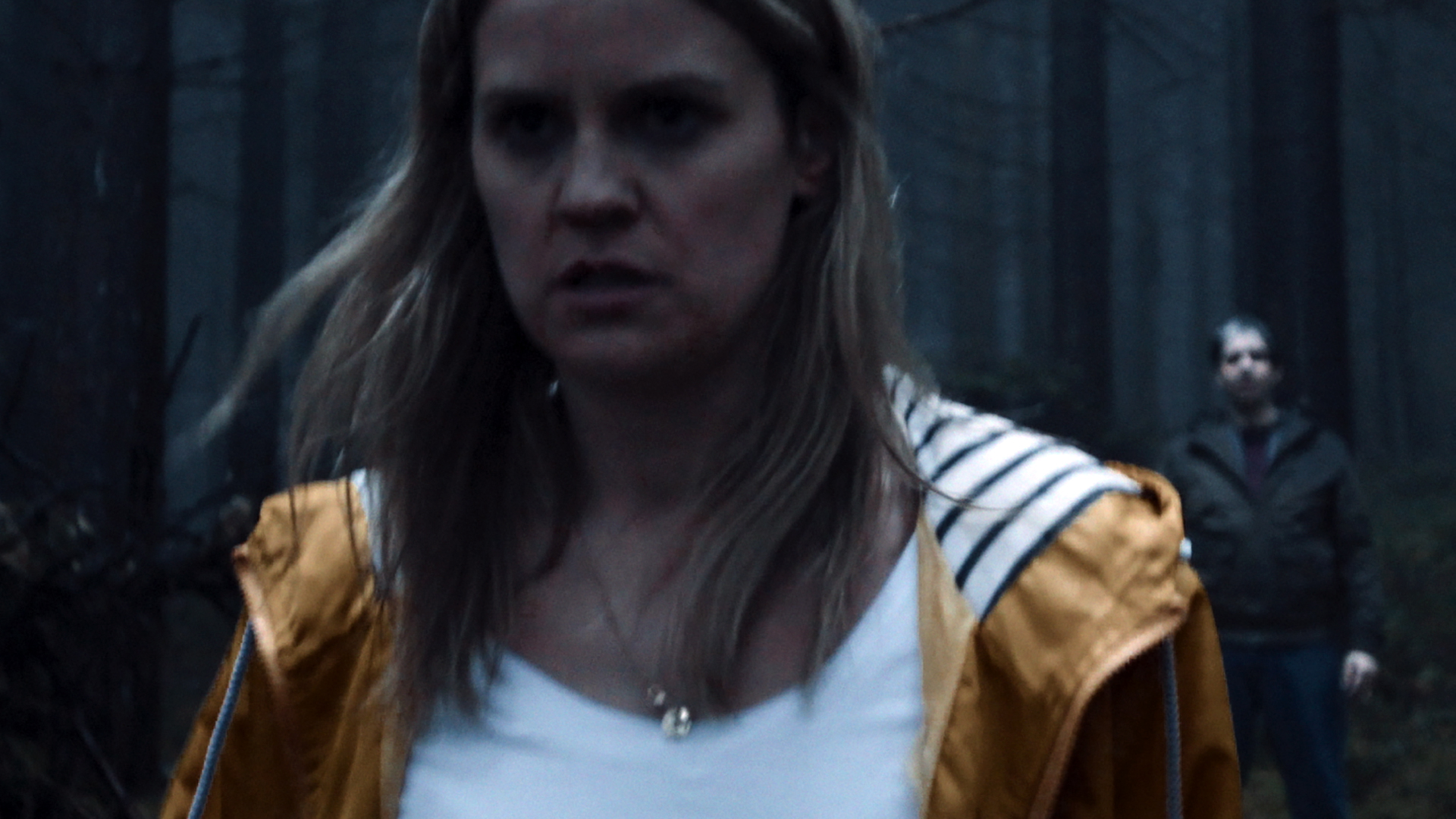 The couple becomes trapped in a purgatory of their creation, wandering the woods for an unknown amount of time. It could be days. It could be weeks, the time has stopped passing, staying at 11 am. Their compasses don’t work and there’s no cell phone signal. Food and water are in short supply, and tempers fray early on due to their already tense relationship. Interestingly, the pair stay pristinely clean for most of the 75 minutes.

The focus is on the unknown in Bring Out the Fear, the unknown horrors of the woods, and life’s unknown horrors. Uncertainty and fear of the future anchor Rosie and Dan to the woods and to each other. The rocky road to addiction recovery for Rosie and her infidelity is a persistent presence looming over everything the couple do and say to each other. On top of that, it’s clear that the pair don’t feel the same way about each other. Rosie never reciprocates when Dan expresses his feelings for her. Not once, even in the final moments of the film. It’s only when he actually accepts and confronts her about this that he seemingly escapes.

The sound design is a standout, with the score working to enhance the atmosphere. The sounds of the forest, or whatever is within it are genuinely startling both animalistic and alien. Almost trippy close-up shots of flora and fauna in the woods are reminiscent of Ben Wheatley’s In the Earth and succeed in making the surroundings seem alien, but they are few and far between. For the most part the only threat there seems to be is the dwindling supplies, until the third act when things ramp up. Alone and pursued by something crashing through the undergrowth, there’s no escape from the past or the future for Rosie.

Bring Out the Fear is a lean watch at 75 minutes, yet somehow manages to make it feel like the time in the woods is stretching out much farther. While it isn’t necessarily terrifying, it is a more than effective character study offering up the worst consequences for living in fear and denial.

Bring Out the Fear is releasing tomorrow, January 3, 2023, on-demand.  Find out more about the film and The Horror Collective at https://thehorrorcollective.com/film/bring-out-the-fear