Hi, I’m Cash. Today, I want to share some new music with you! Two weeks ago, in the mail, I got a new CD from a musician named Mr. Dave. He’s from Chicago. The CD will be coming out for everyone to hear in June. My brother, Weston, and I were lucky enough to get an early copy. Here are some of my thoughts on the new CD: 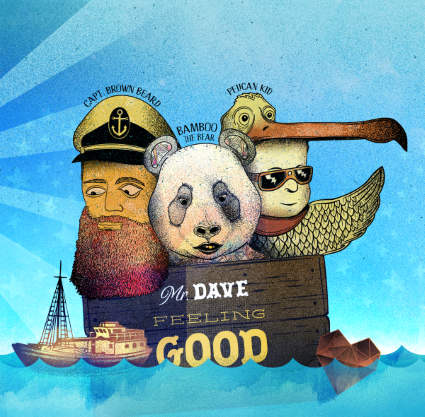 My favorite song is the space song. It’s actually called “Street Smarts” but the beginning sounds like it’s in space. Daddy says that the song has really funky guitars in it. And as he’s helping me type it up we are clapping along and singing, “Everybody clap your hands!”

The last song is also one of my favorites. It is very good. It’s called “Tiny Things” and I just love the beat of the song. There’s also a song called “Feeling Good” that my brother and I both really like alot. 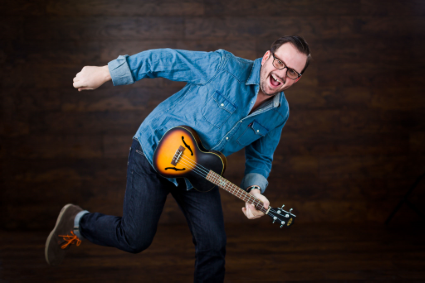 Mr. Dave isn’t my favorite artist, at least not yet. This is the first time I have heard him. He’s a very good singer. He writes really fun songs and none of them are love songs, which is good because I don’t really like love songs that much.

Weston says that he likes all of the songs, but his favorite is “Pelican Kid”. He likes to dance to it, because my brother Weston really loves to dance.

I hope you listen to the album for yourself because it’s a good album and I think that you will like it. All of the songs are really cool and it’s a really good CD.