[Editor’s Note: Kenny is all about horror and metal, but is open to writing about all different stuff. So, this was his first piece here about a non-horror film… and with that, I think it’s a pretty great look at an interest movie.]

Before we began this review I feel I must offer this disclaimer: Top Knot Detective is not a horror movie, which is where my expertise lies. Now, if you expected some horror, don’t you click out of here in disgust, please hear me out on why this would be worth your while to check out! 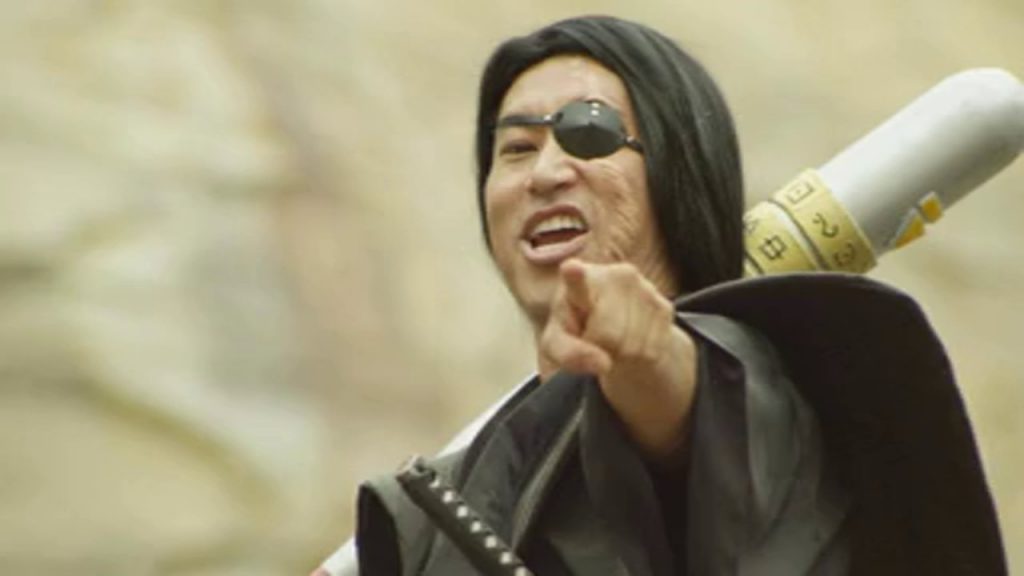 Top Knot Detective is a mockumentary of a 1990s surreal Japanese samurai TV show called Ronin Suiri Tentai and a look at it’s creator/star/director Takaski Takamoto from his rise to fame with the surprise hit Ronin became to his crash landing back to earth due to the usual trappings that come along with sudden fame he wanted badly for but isn’t prepared to deal with and the price one must end up paying for any sins committed along the way that you can’t escape from no matter how long you run and hide. There is a silver lining as the show became a cult classic in the early 2000s under the name Top Knot Detective in Australia.

Still with me? Awesome! I promise now that I set the table by giving a summary of the film’s plot, we can feast on the reasons why I think this will do for TV shows what This is Spinal Tap and A Mighty Wind did for music. The key to any successful mockumentary or docudrama is always playing it straight and resisting the urge of breaking the fourth wall because once that is done, the train can go off course into parody land and the message is at risk of being lost. Don’t get me wrong the “clips” of the Ronin show provide some laugh out loud absurdness comedy that is over of the top but never ever gets out of the control, this is counter balanced with the drama of the story of Takaski in which never gets too heavy handed. To me, we have a great script mixed with wonderful Japanese actors and actresses who add that needed touch of realism by speaking in their native tongue and also have a great command of how the Japanese entertainment system works so all emotions looked, sounded and felt natural. To be honest I watched this believing this was a real documentary about a real old school show but after I did some background research for this review did I learn this was a work of fiction cooked up by a successful Australian comedian/film maker. I could go on and on trying to sell you on why I give this film a recommendation for when your in the mood for something very different that can make you laugh and think at the same time.

You know now that I think about it, there is a few horror elements in this film once you think about it. We have the Jekyll to Hyde a person goes through as the fame grows unchecked. There is the monster represented by the Japanese entertainment system that chews people up and spits them out once they have been sucked dry of all the talent and left morally and spiritually dead. Finally there is the slasher that cuts up and murders one’s reputation and personal dreams if a person violates the strict rules of being a celebrity in Japan and to those who get possessed by the demon of revenge, the horror of the lengths a person will go to get it and escape punishment. So yes, maybe I was a bit premature in calling this a non-horror film because whether it is or not is a matter of what the viewer takes away from this movie after watching it.