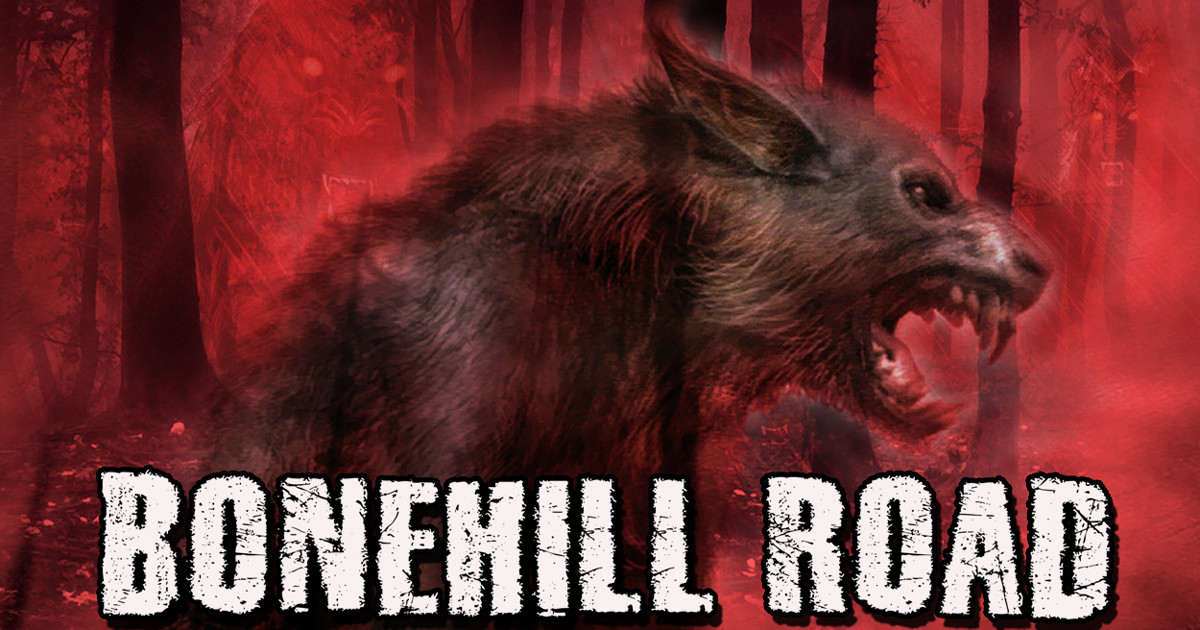 Todd Sheets is not only one of my favorite directors of all time, but one of my favorite people. His films could only be made by a true fan of horror and cinema, which makes Bonehill Road a special kind of movie. The film was made on a very small budget ($13,700) but they put every dime on the screen to be seen and enjoyed. Making a monster movie for this little is unheard of, especially if the end project is watchable. Bonehill Road is far above watchable and could be the best low-budget feature of 2017.

The movie opens up with some pretty grim domestic violence, where a husband is beating his wife senseless. After the daughter comes home from school, he shifts his anger towards her and leaves the mother no choice but to protect her self and daughter. After fleeing the home, the two set out to the Grandfather’s house for safety. The trip starts out fine, but quickly puts them back into danger once they come face-to-face with true evil; both human and otherwise.

The director slyly puts us into a very common starting point and slowly builds to its gory climax. Most of Todd Sheets’ recent work has focused on over-the-top gore, but Bonehill Road offers more character building than I expected. I hope that I didn’t make it sound like it wasn’t a gory flick, because it is. The practical gore effects are amazing and have that grimy, realistic look that is (definitely) not for the squeamish.

One big thing that I want to focus on is that there is NO CGI in this movie. Everything is practical, from the werewolves to the guts and blood. On top of it all being practical, it looks great. The werewolves spend most of the time in the dark, but you will be shocked by how often you see them and how fantastic they look.

Todd Sheets has pulled off another great film and is really on a roll. This is his third film back from a brief hiatus and I couldn’t be happier. Each film has been completely different and has been equally entertaining. If you haven’t seen his other films (such as House of Forbidden Secrets and Dreaming Purple Neon) then go out and watch them and try to tell me he isn’t one of the best low-budget directors working. Bonehill Road is currently starting its film festival run and should have a release date soon.