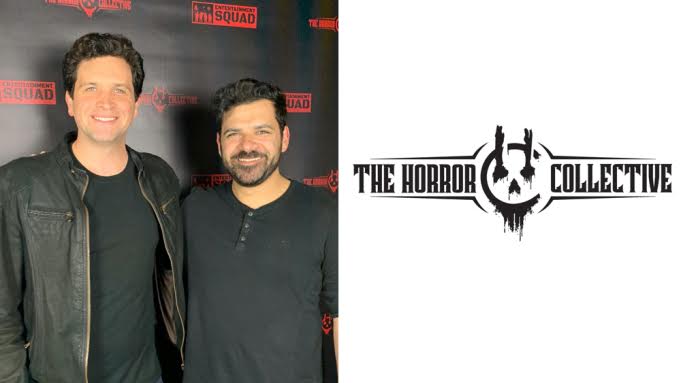 It’s really a great time for horror fans. We are inundated with genre offerings from a wide variety of studios, independent developers and, most intriguingly, niche-specific media labels. Joining that ever growing list, which includes Dread Central starting their own branch of horror offerings, Dread Presents, and Fangoria once again dipping their toes in the movie development business with their Fangoria Films label, comes The Horror Collective, a new collaboration between established horror producer Shaked Berenson (the excellent sci-fi/horror throwback Turbo Kid and the solid holiday anthology piece Tales of Halloween) and previous Dread Central Editor-in-Chief Jonathan Barken.

Alongside this exciting collaboration announcement, we also found out that it won’t be long before we know what the first projects will be spawned from this joining of forces, as Shaked and Jonathan also revealed the first four titles that will release bearing The Horror Collective label. First out of the game will be Graham Denman’s Greenlight, which is currently slated for a Q1 2020 release. The film stars genre vet Chase Williamson (genre fav from John Dies at the End and Beyond the Gates). This will be followed by Millennium Film’s The Dare, directed by Giles Alderson and starring the amazing character actor Richard Brake (Rob Zombie’s 31, Doom, Three From Hell). The Dare currently doesn’t have a confirmed release date. The third title confirmed is the Irish horror film The Perished from director Paddy Murphy (The Three Don’ts) which just recently had its world premiere at FrightFest and its release date is still TBD. The final title on the roster is a movie that Berenson himself financed and executive produced, director Elza Kaphert’s Slaxx, which will be entering the film festival circuit in early 2020.

These exciting new genre entries have also been receiving various accolades on the circuit, such as the Best Male Performance in a Feature Film for Chase Williamson and Best Thriller Feature at Shriekfest LA (Greenlight), the Audience Award at 2019’s Popcorn Frights (The Dare) or Best Actress award for star Courtney McKeon at the Unrestricted View Film Festival (The Perished).

As with any new studio, what is the main objective of forming and coming together? “I want to make a home for genre creators to have their content made and to find the fans that connect to it,” Berenson commented to Deadline “Movies like Big Ass Spider and Tales of Halloween, which, besides being a nostalgic love letter, was also a combined effort and collaboration of the horror community. That’s the attitude and goal I have with The Horror Collective, to keep doing that.” Barken also laid out a very clear objective for this new collaboration “The Horror Collective is our way of bringing fantastic horror films from around the world to audiences here in North America, all while cultivating and nurturing a community that includes not only the filmmakers but also journalists and fans and everyone else. Everyone is important in a release and we want to prove that.” Personally, based on the first few features that will release bearing the Horror Collective label, with established actors and respected directors, along with the heaps of praise and positive notices that are pouring out of various festivals from critics and general audiences alike, I am very excited for what this new venture will produce going forward and I eagerly await the opportunity to get my eyeballs in front of some of these flicks.