SPOILER WARNING: For those of you who have not yet experienced P.T. and plan to, please don’t read below… it’ll ruin the experience for you.

I can’t think of another time in history where the collective gaming world at large was totally taken for a ride in the most hellish, brutal, scary and ultimately satisfying way. The ambiguous nature of the announcement, the mystery of the new studio behind its development, the brief teaser initially shown with some audience reactions. Everything was meant to be cryptic and unknowing and that was exactly how it got delivered. Even when the developer, 7780s Studios, announced and released the “playable teaser” during the Sony press conference at Gamescom 2014, people were mystified and truly shaken to the core from this chilling, single hallway horror video game experience. The puzzles were vague and challenging, the horror that awaited was truly nerve wracking, and completing this teaser seemed like an impossible task. Every gamer and horror aficionado already knows what happens next. Someone finally beat the demo, and it was suddenly revealed – with a glorious detailed CG trailer – that this was in fact a demo for a new game from famed developer Hideo Kojima, filmmaker Guillermo Del Toro and starring Norman Reedus of The Walking Dead. On top of that, this was no ordinary horror game, but a new entry in the famed Silent Hill franchise from Konami, simply titled “Silent Hills”. What I have already said above doesn’t do justice to the pure horror euphoria many of us felt as we all tried to make our way through this demo, trying to solve the puzzles to get to the final CG ending for ourselves. However, before you could make your way to Norman Reedus strutting down a haunted street, you needed to get through one of the most terrifying gaming experiences known to man. Every second was engineered to make you sweat, even if nothing was going on around you. The entirety of the P.T. demo is the scariest single piece of horror media I have ever encountered. Period. 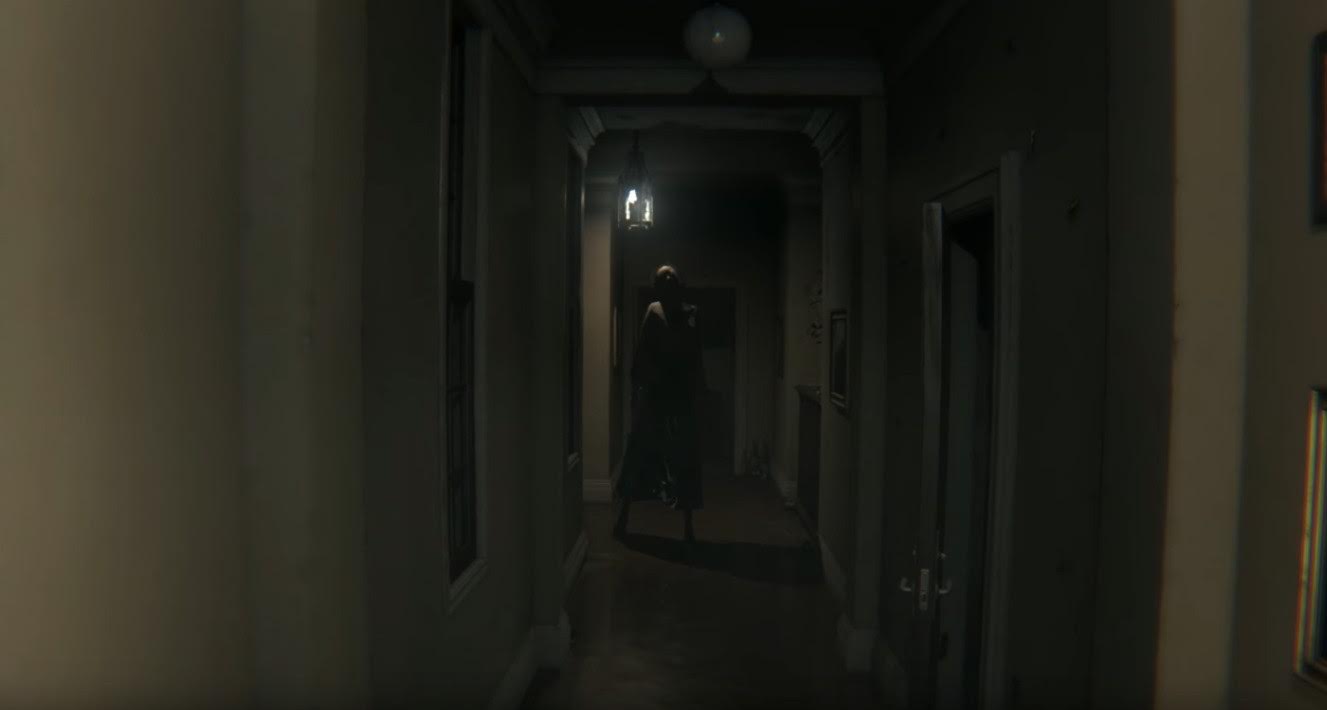 The demo load screen is the single image that was released during its announcement, a normal looking forest with the letter P.T. drawn in the left. Innocent enough. When it cuts to black, the demo loads and does so for a little bit. Then it cuts to the settings menu, allowing the player to adjust the brightness, enable subtitles and change how the camera is controlled (the demo is played through the 1st person perspective). After that, we are treated to a brief monologue that sets off the creep factor immediately. We awaken in an empty room, with a cockroach and filth all over the floor. The player makes their way to the door right in front of them and it opens out into a long hallway that turns right at the end. It seems innocent enough. Pictures on a desk, various wrappers and knick-knacks line the rest of the shelves you see. Abstract artwork hangs on the wall. You come across a locked room after you make that turn at the end of the hallway. You come across the foyer of the hallway. A locked front door, an ominous swinging lantern light, a second floor that seems unreachable. The only open door you have leads down some stairs to another door. You make your way down these steps, open the door and… you’re back in the same hallway again, back where you started. It seems like the same hallway, but perhaps there has been a minor change or two. You continue to walk down the hallway, make the right turn, go through the only open door, down the steps and go through the door again… and it brings you back to the beginning again. So begins the descent into madness as you try to figure out the reason you are here and how you can escape the insanity that has trapped you. 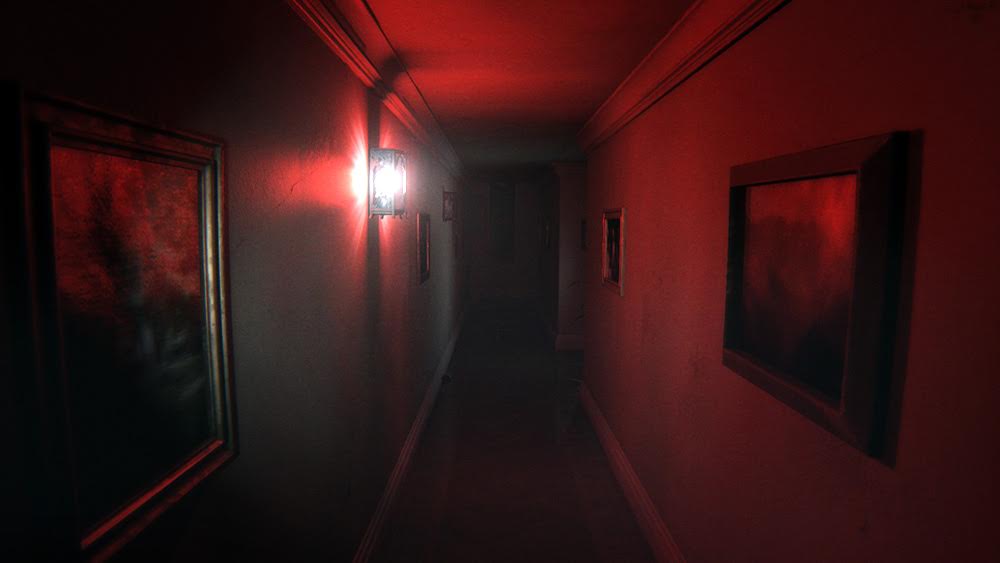 I have never experienced a game that is so purely a psychological test of your sanity. Kojima, Del Toro and the entire development team are fully invested in causing the player massive bouts of stress throughout the roughly hour or so playtime you will have with this game, even from such meandering actions as checking a door to see if its locked or simply walking down a hallway. The graphics for this demo – learned after the surprise that Kojima was working on it that he utilized the Fox Engine, used with Metal Gear Solid 5, for this – are exceptional in delivering a real world feel to everything that is around you. Every object looks photorealistic, every wall and window make the player feel like they are in a hallway they’ve been down before. Its presented simplicity– sinks, doors, desks, framed pictures – only add to the unnerving tension that is elicited, mainly due to the sound design. Music is non-existent, as we are treated to various radio broadcasts that permeate through the demo, changing up each time you re-enter the hallway. Sometimes these broadcasts feel like news reports, and sometimes they give off the impression they are talking directly to you. The uneasy feeling of you breathing is apparent throughout, with some instances even feeling like something is perhaps breathing BEHIND you, following you closely, causing you to snap back and look… only to find nothing and the same breathing still trailing behind you. Then there is the grand piece-de-resistance, Lisa. As you make your way through the hallway multiple times, you will come across this spectral being, a woman who appears to be a ghost wearing a dirty white dress. Her face is barely visible at first, with the swinging light fixture offering a brief glimpse here and there. She will occasionally appear throughout your hallway trips, either hanging outside in the rain by a window or looking at you from the non-accessible second floor balcony. Eventually, however, in probably the most effective jump scare in gaming history, she suddenly springs up in your face during one of your hallway adventures, revealing her missing eyeball and menacing allure in all its horrifying glory. She is only around for a few seconds here and there, but she is clearly one of the most memorable creatures to ever grace a gaming screen. I haven’t even gotten to the more disturbing parts of this demo, involving a dilapidated bathroom with a crying fetus in the sink, solving the multiple puzzles involving puncturing eyes of a person in a picture frame, and when the hallway suddenly turns from a normal environment to a red-tinted nightmare from hell, complete with eyeball pictures constantly swirling and gameplay sped up to simulate a rush of adrenaline you probably weren’t even asking to have.

Of course, all the horror video game community knows what happened next. After P.T. was revealed to be Silent Hills, Hideo Kojima and Konami had a falling out after the release of Metal Gear Solid 5 the following year. This led Kojima to leave the only company he worked for for well over 30 years and form his own independent development company, Kojima Productions, in which he worked on his next project, Death Stranding, which was released in late 2019 on the Playstation 4. Silent Hills was now left without Kojima, Del Toro exited the project when Kojima jumped ship, and pretty much immediately Konami went ahead and cancelled Silent Hills. Even more heinous, Konami made the decision to remove the P.T. demo from the Playstation store completely and removed the feature that allowed PS4 users to redownload products they already purchased or downloaded before, leaving only PS4’s that still had P.T installed on their hard drive as the only living proof that this game existed. The horror community and their collective heart were destroyed. Despite the constant feeling of ‘what could have been’, we should still celebrate P.T as a prime example of a purely horror experience, horror that can deliver the scares on a physical and purely psychological level at will. Never has a game been so effective from moment one to moment last. Despite my undying love for the Resident Evil franchise and all its beautiful horror glory, P.T is definitively the best horror experience I have ever encountered. If you haven’t experienced this gem, it may be worth scouring eBay for a PS4 with P.T. still installed. 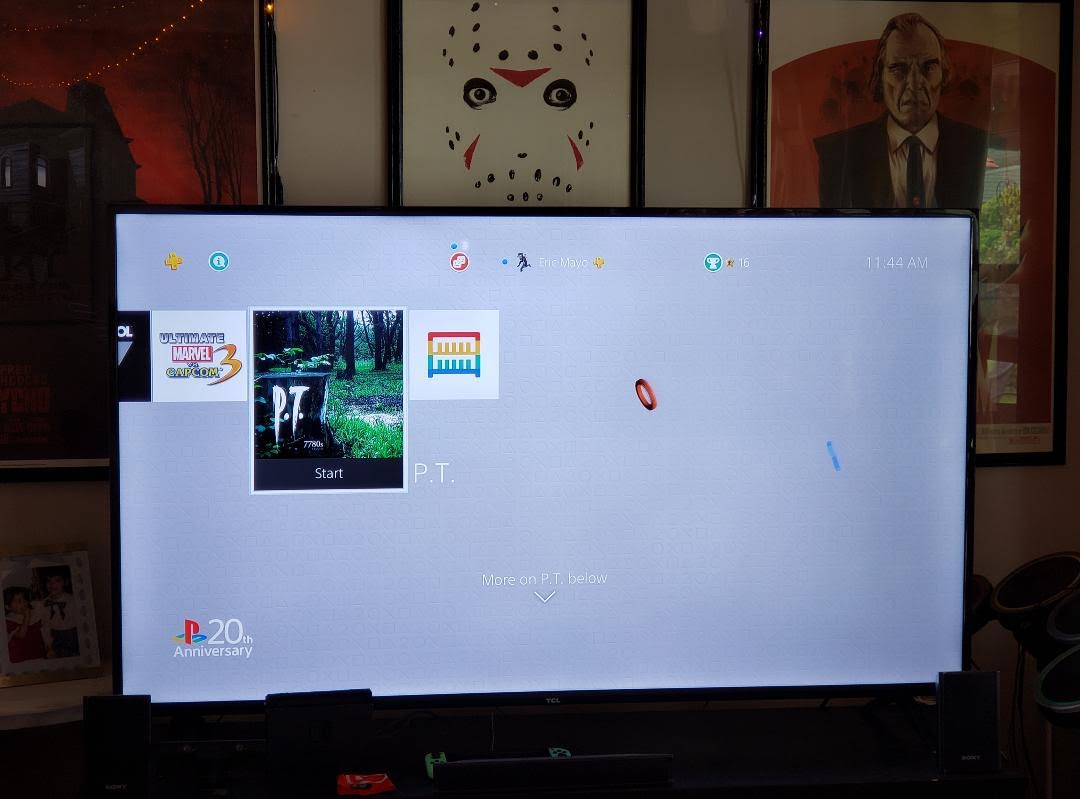 As you can see, it still sits on my PS4 to this day…