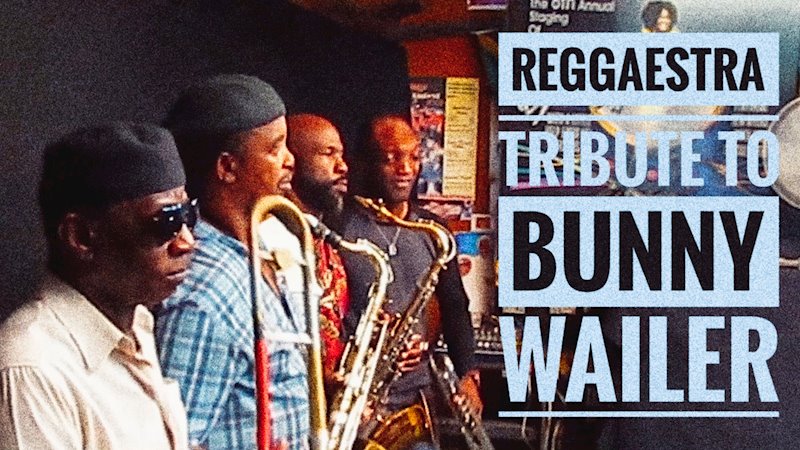 Neville O’Riley Livingston, better known to the music world as Bunny Wailer, passed away in March at the age of 73. Member of the Wailers, collaborator with virtually every major reggae and ska act from 1960 through his death, and world class solo artist – Bunny is a legend and it’s only right to honor him with a tribute fit for a king. Thankfully, that is exactly what PicStitch and Reggaestra have done. The Solomonic Reggaestra approached Scranton, PA’s own PicStitch to ask him to record the vocals for a tribute album to their late, great lead man and PicStitch jumped at the chance. Working with Bunny’s band to present a tribute to the legend was something that PicStitch couldn’t begin to fathom turning down. Thus, this beautiful 14 song tribute album was born.

Every track here is perfect. Each has a smooth vibe and a classic flow, with PicStitch doing a remarkable job paying homage to one of his idols. The band is tight and will appeal to any fan of traditional ska and reggae. With the feel of trad bands like The Skatalites and The Wailers, Reggaestra transports the listener to the islands and making sitting still impossible. Even those unfamiliar with Bunny’s output are sure to appreciate all that this tribute has to offer.

Having worked with Sizzla, Half Pint, Mighty Diamond, Trilla U, George Nooks, Lukie D, Daddy U Roy, and now Reggaestra, PicStitch is no stranger to the reggae and ska worlds. From old school sounds to modern bangers, he’s truly represented it all. This tribute album is an incredible feather in his cap and will spread his name to many fans who hadn’t yet heard of him before.

So, on this opening NFL Sunday, as you try to calm your nerves before the game or afterwards, when you’re trying to drown that loss in a few drinks… check out this tribute to one of the great of Jamaican ska and reggae. The album is available now on Spotify.