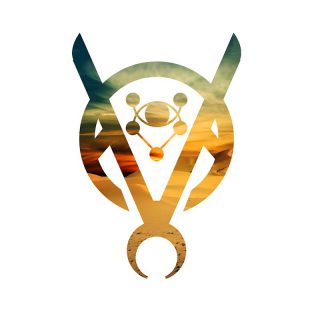 It’s an interesting juxtaposition of timeframes and concepts when we choose a New Music Monday album that is decidedly themed around the End Times. Yet, alas, here we are and today’s album du jour is Vannon’s Desert of Our Dreams, a prog rock/doom metal hybrid that takes its inspiration from the ideas and concepts that we are indeed living in the End Times.

We began like the virus. Our first steps from one body to another in the cold winding of autumn, moving between sleepers. Our old band was suddenly dead, taken by fate to wherever young bands rot, and we were hungry for something new. We whipped out some new songs, repurposed some old ones, took a few pictures on a gray day and reentered our lair to demo what we had. Then the world stopped. The landslide of biological inevitability took our hopes, our bald-faced crying at the sky, our tiny trajectories and pulled out their mutual rugs of relevance. As horsemen of the apocalypse rode in, we made a record, knowing it might be a final document of our time on earth. And so we hammered and honed, climbed and fell, twisted in imagined winds and invoked a presence that lashed us to a beast of wrath. So it emerged, our weird symphony of end-time living, mixed sharp and hallucinogenic, undulating and folding in on itself while exploding outward. Now it’s yours.

Suffice it to say that this 8 track album with songs ranging from just over 1 minute to exactly 12 is high concept, oppressive, and brooding rock that’s not for everyone. However, for those willing to let this sonic bodyslam take hold of them, it’s a wild and satisfying ride. As it retells the story of the Biblical book of Exodus, it juxtaposes melodic sounds with punishing bass drums, thrashy beats, and metallic guitars to create a unique experience that kicks off hard from the very start.

With elements ranging from synthwave to doom metal to black metal to death metal to grunge rock to noise and beyond, the eclectic sound of Vannon is diverse, ranging from beautiful melodies to truly punish metal… sometimes changing at the drop of a hat. Fans of metal are sure to sink their teeth right into this, but this may also find fans from other worlds, especially fans of rock on the fringes of metal like Soundgarden or fans of synthwave. That said, it’s still a metal album at its core.

Standout tracks include “Two Snakes” and the epic 12 minute closer “I Come to Destroy”. The album is available for purchase at Bandcamp and can be streamed below from Spotify.