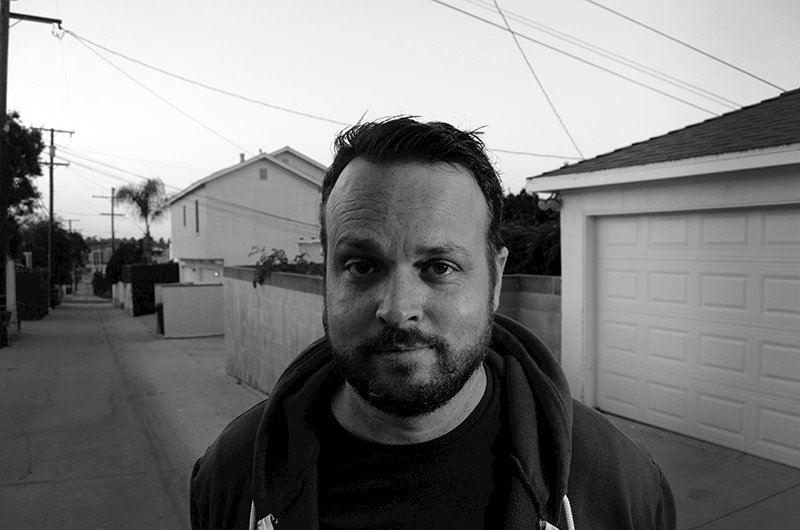 Combine the expansive sci-fi surf rock of Man or Astroman? with the post-rock stylings of Mogwai and the math rock sound of Roadside Monument and you’ll get something that sounds an awful lot like The Ghosts of Searchlight. As a punk kid who was enamored by local Philly instrumental punk rockers Mercury Radio Theater, suffice it to say that I was primed to love this new Ghosts album as soon as I clicked play. And, of course, it has been on heavy rotation ever since… pausing only to watch movies and check out other music sent my way. But once those activities are completed, I return right back to this stellar release.

With an introduction like that, it probably goes without saying that the rebirth of Ghosts with this latest release – Sprawl – is a very exciting and positive thing for this particular music writer. Yet, for me, if not for this release I’d sadly have never heard this great band. Despite never having heard the band until they reformed and refocused, new fans like myself should be extremely excited to find out that there are several more releases dating back well over a decade on the band’s Bandcamp page. And what a fantastic catalog it is.

One of the things that immediately jumps out when you pop on Sprawl is how each song has a distinct flavor. While they all work together to create a perfect musical meal, each track is essentially it’s own course. In turn, it all goes down as an extremely well thought out 10-course meal where the drinks and food all work together to excite different musical tastebuds.

Some individual treats that standout are “Taste of Freedom” with its Western feel, “Home” with its contemplative and deliberate pace, and attention grabbing opening track that really harkens to that clear Dick Dale-esque surf rock influence. “Taste of Freedom” feels like a track from the soundtrack to an Alex Cox film or something that would feel right at home one of those really badass “spaghetti westerns”. “Home” – on the other hand – certainly has a bit of that Western vibe, while it feels most cosmic and plays on the more prog rock side of the band’s influences. And, yet, “Beneath the Neon” – the aforementioned album opener – is that type of surf rock wonderful that really made its return to the national conversation when Quentin Tarantine began using Dick Dale and the Deltones tracks in his films. All three of these flavors are distinct and different, while playing off of each other perfectly and being united by the overall feel and flow of the Ghosts vibe.

From that first note of the surf rock “Neon” to the final note of “Life in the Sprawl”, this is an album that captures my ears, my heart, and my imagination. Blending influences of everything from classical music to ska to punk to surf and beyond, this is a band… and an album… that is sure to stay in my heavy rotation for years to come.