Hey Jen, I’m so excited to get a chance to talk to you for The Farsighted and can’t believe we haven’t done this sooner. Let’s start with a brief intro for my readers… who is Jennifer Logue?

Ha! That is a hilarious question. Random side story, years ago when I was busking through Europe I had stickers made up that said, “Who Is Jennifer Logue?” See here. LOL. Anyway the short answer to the question is I’m a lover of making music, listening to music, talking about music, and writing about music. I’m also a lover of great food, wine, and running which ends up working out nicely! 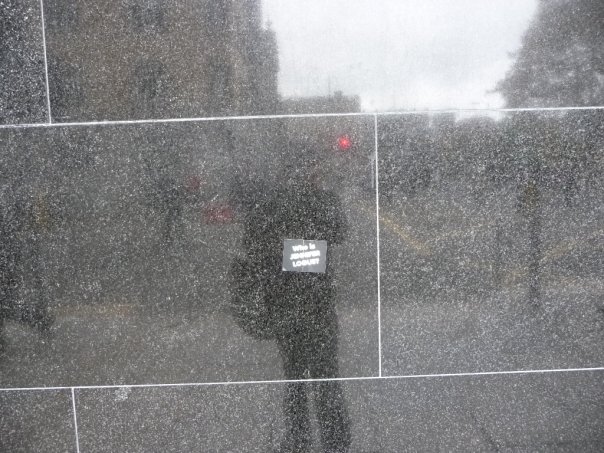 Some would say that New York City is the best city in the world for music, so what brought you back to Philadelphia?

New York City is a wonderful place and the nearly 9 years I spent living there, I really came into my own and blossomed as a person and musician, I mean it was like living in Disney World! However, 9 years living in the same place gets boring, even if that place is New York City. I moved back home to Philly initially to transition to my next big adventure and a funny thing happened – I rediscovered this awesome city. I started going to open mics just to meet fellow musos in the area and I was floored by the talent. It was ridiculous! I was blown away, inspired, and I wanted to be apart of it.

Your website, which I have been lucky to be a small part of since it began a year ago, Rock on Philly, has really taken off. What’s your vision and what made you start the site?

Well, Rock On Philly started thanks to the open mics I started going to. Aside from being inspired by the artists I was seeing, I was wondering why I hadn’t heard of them before. In New York, I did a lot of music reporting so I figured I could start my own blog and start spreading the word beyond Philly about how awesome Philly’s music scene is. I never planned for it to grow as much as it has. It started out as a personal side project and then readers started e-mailing to see if they could write for the site. Now we have a huge team involved and it just keeps getting bigger! It’s crazy and inspiring.

Like I said before, the site has really taken off, you even have a TV show now. Can you tell my readers about it? As well as where they can see it locally and over the Interwebs?

Well, Rock On Philly the website just had its first year anniversary last Wednesday. From the time I started the site, video content has always been my passion point, having done a lot of on-camera reporting work in NY. An opportunity became available with a local station a little while ago for me to have my own music show and I figured it would be a great way to extend the Rock On Philly brand to another medium. We already were creating video content for our website. Why not bring it all together with a weekly TV show? Starting June 7th, we’re now be airing to 2.7 million homes in the Philadelphia region on Saturday nights at midnight. The program runs 30 min each week and will feature the hottest local talent in addition to big names coming through town on tour. You can watch the videos online as well if you miss the show. We’ll have them on our channel as well as the network’s channel.

Awesome. So who are 2 or 3 of your favorite Philly acts right now?

This is a tough question! There are so many! I’ve always been really impressed by Toy Soldiers and more recently, The Districts. I also love Tara Hendricks, what a voice. There are so many though. If I only listened to Philly artists for the next year, I’d be fully satiated.

Let’s turn it to your music for a bit. I had the opportunity to see you play a short set last year and I really dug your style. How would you describe it to someone who has never heard you? Who are some or your influences? 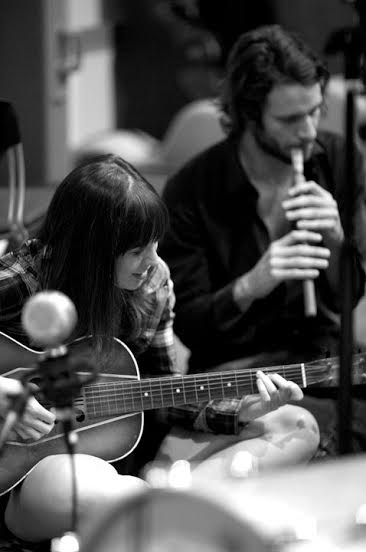 My sound is always changing. Live I like to keep it simple- real instruments and vocals. Sometimes I’ll play solo on guitar and the vibe is rootsy mellow. If I have a full band behind me, I’ll rock out like crazy. I’m actually in the process of putting together a new band right now! Stoked. As an artist I’m influenced by the great vocalists of the past – Ella Fitzgerald, Mama Cass, Peggy Lee, The Boswell Sisters, Frank Sinatra, Bobby Darin… then I love great songwriting – Carole King, Lou Reed, Francoise Hardy… I’m all over the place! Depends on the day.

Do you have an all time favorite album? If you had to choose, what would it be?

Oh man. This is a really tough one! I miss the days of the album. Seems like people’s attention spans these days don’t leave room for a top to down listen like back in the day (unless you’re a music reviewer!). But for me, you know what? I was going to throw it way back to an old school album but I’m going to answer with an album released this year. I really dig One Republic‘s latest album Native. I started listening to it the other day out of nowhere and from top to bottom it’s so well done. I highly recommend it!

Thanks again for a short interview and for creating an awesome site celebrating the Philly scene. Let’s talk again soon. But before we go, any words of wisdom for the readers?

Words of wisdom? My goodness. In the past year running Rock On Philly, I learned more than I’ve learned in the past 10 years. At the heart of it all, always follow your intuition. All my years in music, I never thought it would lead me to the media side of things but it has and I love it. Another thing is you have to be tough. Rejection is just apart of business and it only takes one yes to change your world.