I felt compelled to write a piece last week on the “derby widow” mentality and how it’s better to be a derby husband (or whatever type of significant other you are, for that matter). You can read it here if you missed it. And, in writing the piece, I got a nice response from the derby community in my area and beyond, so I decided I would begin writing something derby related weekly-ish. I am calling it “Diary of a Derby Husband”… mostly because I can’t think of anything more creative at the moment.

Today, I wanted to briefly talk about sportsmanship and how it is one of the things that drew me to derby. You see, if my wife had not joined derby, I doubt I’d be the fan I am today, but if she stops playing I know I will remain a huge fan. One of the reasons why is the sportsmanship demonstrated by the teams and leagues that I have been lucky enough to have seen play.

One of the things you’ll pick up if you attend a bout is that after a final score is announced, the teams skate around to shake hands of the other teams and all of the fans. This is an excellent show of sportsmanship, albeit not exclusive to derby. 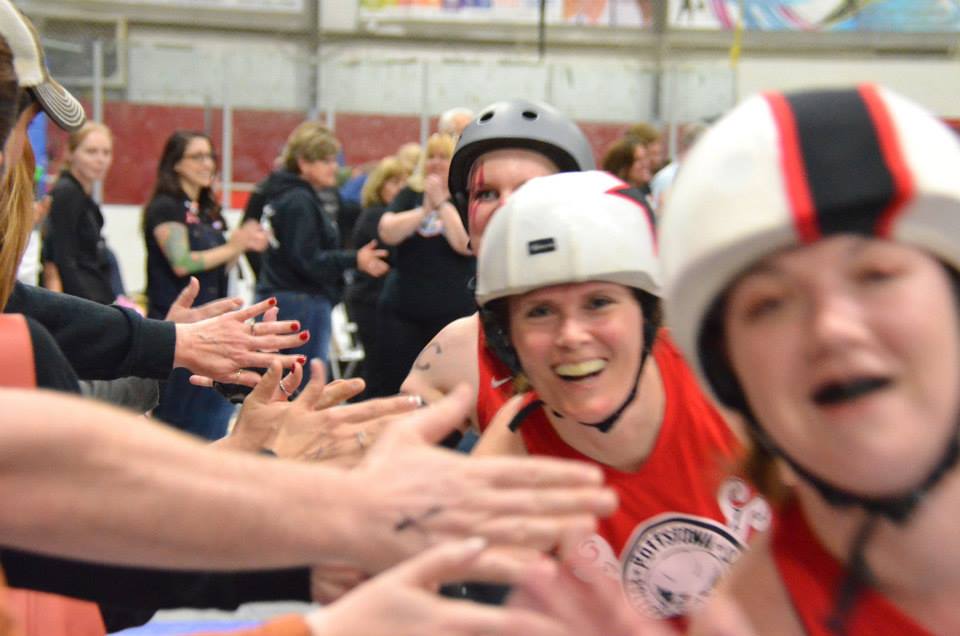 But, it’s much deeper when you start to see how leagues and teams interact. Sure, there are always teams and leagues who are snooty and aren’t interested in helping others, but as a rule it seems that support is pretty widespread. I saw this almost immediately upon my wife joining the sport. Her first league was brand new and it was really cool to see other area leagues volunteer to help team them the sport, promote their team, and practice with them. Fast forward a few years and a move to a new league and this is still evident to me. Leagues lend each other players for bouts when skaters get hurt or they need additional numbers, skaters are able to practice with other leagues just to get more more skating in, and leagues go out of their way to help other leagues out in tons of ways.

Maybe some of this is for “selfish” reasons like betterment and promotion of the lessen known and understood sport, but it feels legitimately altruistic and caring most of the time. And the reason this strikes me is that I can’t picture this happening among semi-pro teams in other sports. Can you imagine a local arena football team asking another arena football team if they could borrow a player for a game or if they could come help train their players? I really can’t.

So, tonight, while I’m at my second derby bout in as many weeks, I’ll be watching the two teams brutally destroy each other, all the while helping each other up and supporting each other through it all. To me, that’s pretty damn cool.