What words come to mind when I say the words, “Christian cinema”?

Me too. But I had a feeling that this one was going to be different as soon as I watched the trailer. Immediately, it becomes obvious that The Remaining has better production than the dreck typically pumped out by the Christian movie machine. And, I can’t remember ever seeing a Christian film that boasts a PG-13 rating nor is marketed in the horror genre. These inferences from watching the trailer were confirmed when I screened the movie a few short days ago.

Releasing tomorrow in select cities, The Remaining is something different than the DVDs you typically find in your church bookstore. It’s a legit horror film about “The Rapture” that has scary moments, a compelling story, solid production quality, and some great acting. The director, Casey La Scala, produced Donnie Darko (a film with very interesting faith implications, itself) and the company releasing the film just hit it big with the film adaptation of Heaven is For Real. What the cast lacks in star power, it makes up for in chemistry; the young actors seem to truly develop strong relationships as the film goes on. Liz E. Morgan, who plays the high school aged Sam, and Bryan Dechart, who plays newlywed Dan, confirmed that the cast bonded very quickly and have remained close after filming. 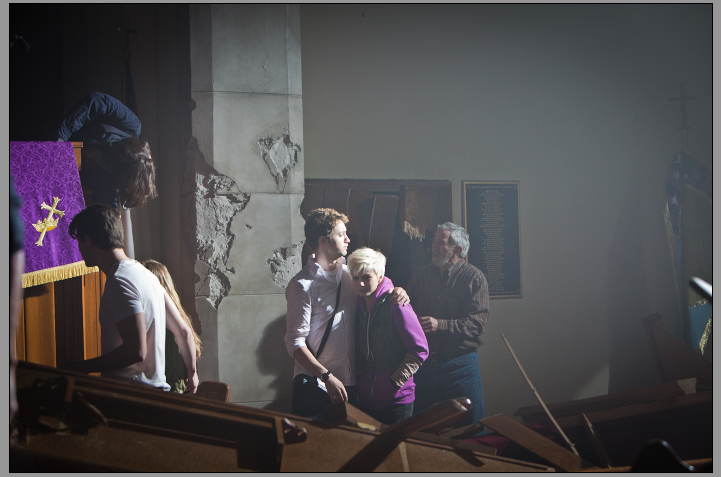 Liz E. Morgan’s character Sam is a good person, “but not churchy good person”, who is brought up in a Christian family but struggled with her faith through the moment her family members were all raptured, leaving her the lone family member remaining on Earth. In real life, Liz relates to her character Sam, being unsure exactly who God is or exactly what she believes. This realness is important to the film because it helps to keep the film from being just another 90 minute sermon in film form.

While there are moments in the film that do feel decidedly Christian in tone and I’m certain that some skeptics may feel that these moments can be a little bit preachy, the overall feeling of the film is not one that forces anything down the audience’s throats. In fact, Bryan Dechart accurately summarized the film as an exercise in “what ifs”: 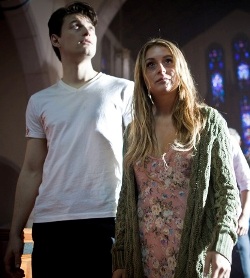 The Remaining doesn’t ask the audience to believe one thing or the other.

The audience is just sort of asked to take in the experience and see how it all happens.

There is a legitimate feeling in this film that the characters that have all struggled with real questions of who God is, what they believe, and how they should be living. The film is about faith, it’s about relationships, and it’s about those “what ifs”.

Check out the film, which also stars one of my favorite young actresses, Alexa PenaVega, and stay tuned to this site for the premier of The Farsighted podcast with special guests Bryan Dechart and Liz E. Morgan, as well as my friend Liam O’Donnell for a discussion of faith and film.

One Reply to “The End is Nigh”