[Editor’s notes: Before you read this, it’s actually the second of two parts, so read this first. Also, based on the sexy kitten photo in part 1, Ed’s wife made me promise to ensure the readers all know that he’s taken.]

But, how exactly do I feel about those that are making a living in music somehow…but barely scraping by…and have to deal with the constant worry of how next month’s bills are gonna get paid, and how to guarantee the family will be adequately provided for in the future??

Like I said, it’s easy to get jealous or sorta impatient with their situation. It can be tempting to say “but look what I’ve had to do for 20 years to make a living. Maybe you should consider getting a ‘real’ job like the rest of us.” But then, I have to consider: what if I were in that position? I mean, it was my dream, and this just proves that it isn’t as easy as it appeared in my fantasies. What if I had been given the opportunity to live my dream, but only to a certain degree, and then sorta have the rug pulled out from under me? Would I want to just give up the dream and get a ‘real’ job, when making music was the only job I’d ever had…the only dream I’d ever had? Chances are, I’d be the same as they are: just fighting to maintain a way of life that I had dreamed of and thought would carry me longer than a mere 15 minutes of fame.

Then, I find myself asking questions and almost getting angry over the circumstances my favorite artists are in. So unfair!! How is it that so many talentless hacks can become millionaires because their crappy music is all over radio and TV, while these amazing genius artists struggle for mere crumbs, robbed of the recognition and financial security they so deserve?? I mean…what the heck is wrong with the general public? Why is it so many people would rather listen to the swill that the radio plays, or watch reality TV, than actually support art that is truly engaging, challenging, and steeped in artistic and creative integrity?

It’s also frustrating to realize that sometimes, this is just how the music industry works. That, too often, the talent behind the music is merely a tool to get the businessmen rich, while the talent starves. Of course, to a degree, we need the businessmen to help make the art lucrative and to establish a strong audience. But that often puts artists in a somewhat desperate and vulnerable position that can lead to making detrimental mistakes towards securing their future, and puts the ‘suits’ in position to take advantage of the talent’s desperation and ignorant passion. Sure, the ‘machine’ has changed significantly due to the Internet and increasingly more means of independently releasing music. But that hasn’t completely eliminated the need for good business sense and marketing strategy, and unfortunately, many of us musician types aren’t so strongly suited. We’re still dependent on others to handle that part of the business. Which means that far too many well deserving musicians go completely unnoticed, and many others are only able to garner attention by selling away their own financial stability and future.

So, I find myself wondering, “What can I do to help?” After all, these are artists I want to keep making music. I don’t REALLY want them to get ‘real’ jobs. I want more records to enjoy.

Crowd sourced funding has helped tremendously in that way, giving us fans the possibility to support and directly contribute to the funding of future projects, and helping to eliminate the need for a business-like middle-man. But, it often only funds one immediate project, without really securing a long term future, and if a strong marketing budget wasn’t part of the funding campaign, it doesn’t always help an artist expand their audience. Sometimes it can end up leaving an artist feeling like they are constantly begging for money from fans and loved ones, to have to keep repeatedly running these kinds of campaigns. Also, not all music fans are ‘fans’ of this type of funding…or maybe some fans to begin to feel taxed a little too much by their favorite artists’ frequent requests to fund more projects and tours.

Then, I find myself wanting to help be a promotion and marketing guy, hoping to make the world see just how great these artists are and how everyone should support what they are doing. I try to be sincere and passionate in sharing my love for my favorite artists. I’ll post on social media and talk about the projects and campaigns that I’m excited to be supporting. Unfortunately, what I really end up doing, is merely ‘preaching to the choir’ and/or annoying the non-fans with my constant gushing and blathering. Just seems people aren’t very interested in discovering new music to love…or newer music from these veteran/old artists from a very specific niche market that peaked when I was a teenager.

I guess the reason why this has hit me so hard is because of the conflict it creates in me. How I want to be jealous and frustrated, yet understanding and helpful all at the same time. It’s internal conflicts like this that can perplex and intrigue us so much. Honestly, one reason I wanted to write this piece was to try and understand this conflict a little better, because it really had me confused and almost overwhelmed at first. I was just so torn between my jealousy and wanting so much better for this beloved hero of mine. I really couldn’t put it into words…still don’t have the words really. I don’t know if I can even pinpoint how this conflict has resolved within me, but somehow, I’ve come to terms with it. I suppose it helps to actually meet someone, and have more extensive conversations with them about their struggles and trials. After all, it was a private message telling him how much I appreciate his candidness in social media that started our exchange and led to this. And the more I’ve gotten to know him, the more appreciate his honesty and vulnerability…because that’s exactly what I love about all my favorite musicians and artists. 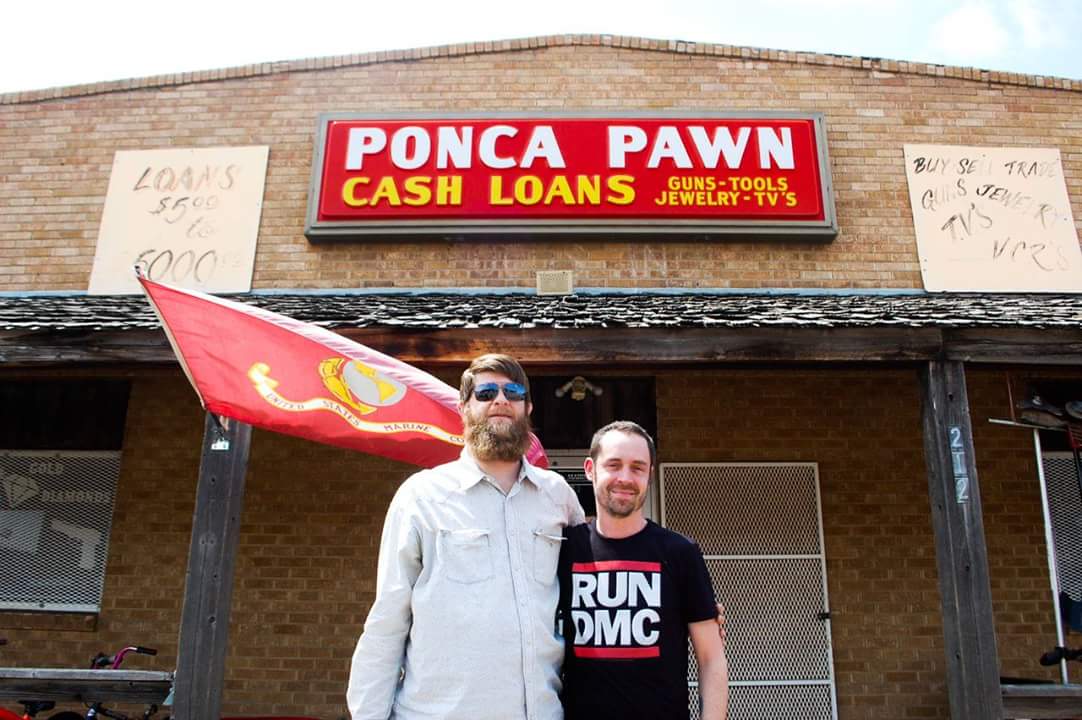 Mostly, I’m glad to have made a new friend of someone I’ve admired for so long. I love having the opportunity to see into his world a bit…to be able to get some new insight into his art and musical expression. I feel like it helps me relate to him more, as an artist and as a fellow struggling musician. I can feel his struggle and frustration, because I’ve lived it myself, and I guess I kinda want to try and live somewhat vicariously through him. I would really love to be a part of a movement that helps independent artists like him continue to do what so many of us want to do…to keep the dream alive… to have some hope that the system/machine can still work for those that deserve it.