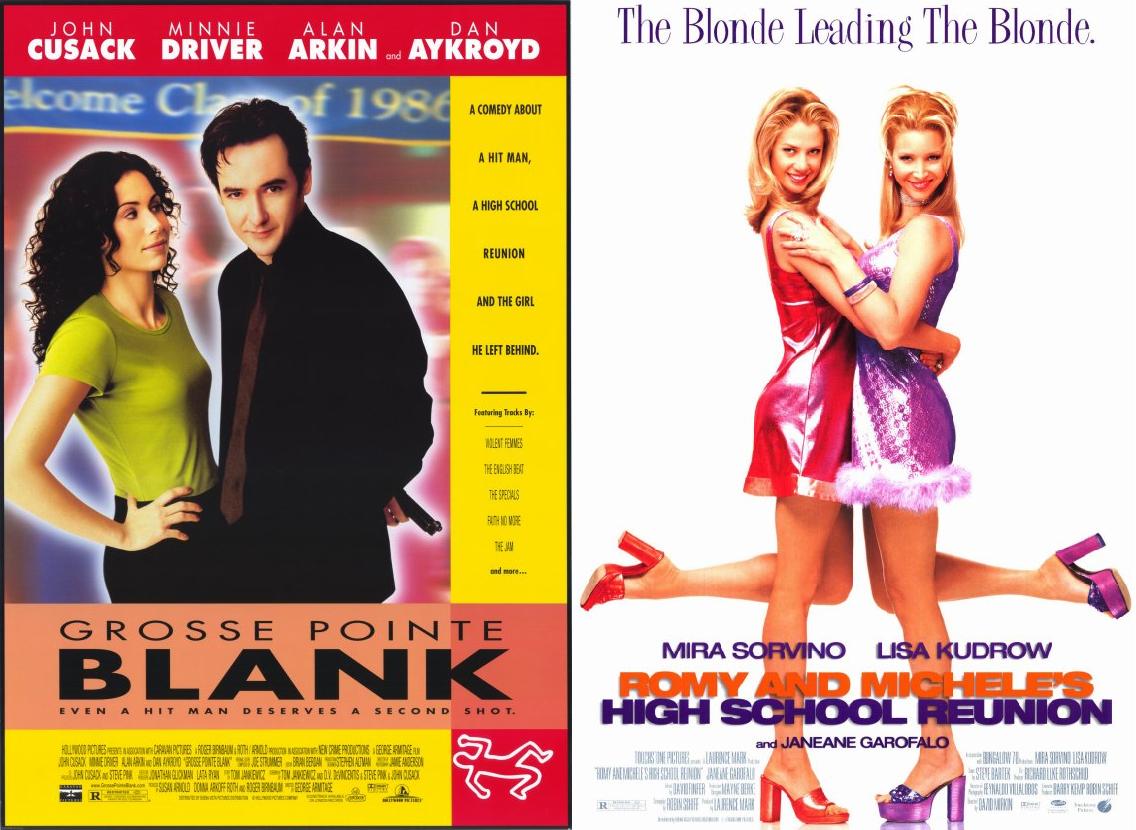 This past weekend was my 20 year High School reunion. Now, I realize that it’s not really that original to write or create something based on the kinds of reflections and observations that these reunions can cause, but I’ve been in an uber-nostalgic place for about the past year now (see THIS), and a significant portion of my blog so far has been rooted in this kind of nostalgic looking back (THIS and THIS)…so it just seems fitting that I would take this time to report to you, my die hard fans, all the feely feels this reunion has thrust upon me.

I didn’t bother with my 10 year reunion. I wasn’t really interested in what had happened to most of my classmates, other than the few friends that I had really connected with in school, but I figured most of those guys weren’t coming back anyway. See, I wasn’t a part of the ‘cool’ crowd or very popular. I wasn’t really among the most geeky/nerdy/uncool kids that were the most made fun of, but I took a certain amount of jest from some of the more popular cool kids. I always tried to play it off by sorta playing it up, making fun of myself before others could get too far with it. When the pretty girls in middle school were all pretending to be in love with me, I did enjoy the attention, even though I knew they were really having a laugh at my expense…so I went along with it.

But I think the biggest issue I had with my high school class, was that it was just too much of a partying and drinking group. I was totally uninterested in that as a teenager. After all, I was a good Christian boy and didn’t participate in such debauchery. I realize that drinking and partying isn’t exactly unique to my specific high school class, but for some reason, this class seemed significantly defined by it. Or if not specifically defined by the partying, then just by being basically disruptive and disrespectful in school. Again, not necessarily an exception to high school behavior, but we were often referred to as ‘the worst class’ that had walked the halls of our high school.

Really, I guess I just felt detached from most of the goings-on in high school. I didn’t attend the sports events or any of the dances, not even prom. I remember seeing all the banners for the games and all the work that went into the student events and ‘pep’ atmosphere, and I just wasn’t interested in participating…just thought that it was a lot of hype for stuff that really didn’t matter in the context of life beyond high school. Or, maybe I was just too wrapped up in my music obsession, and didn’t have room to entertain…or maybe I just felt too ‘out of place’ and awkward to even want to try. All I know, is that as I tried to look at my yearbooks over the years, it just brought back a lot of these feelings of disconnect and realizing just how pointless a lot of that hoopla really was. I really couldn’t look at the books for very long, until too many of these feelings came back, and I was just glad that those days were over. (Surely that didn’t have anything to do with how much I hated, and still hate, the way I looked in all the yearbook pictures)> 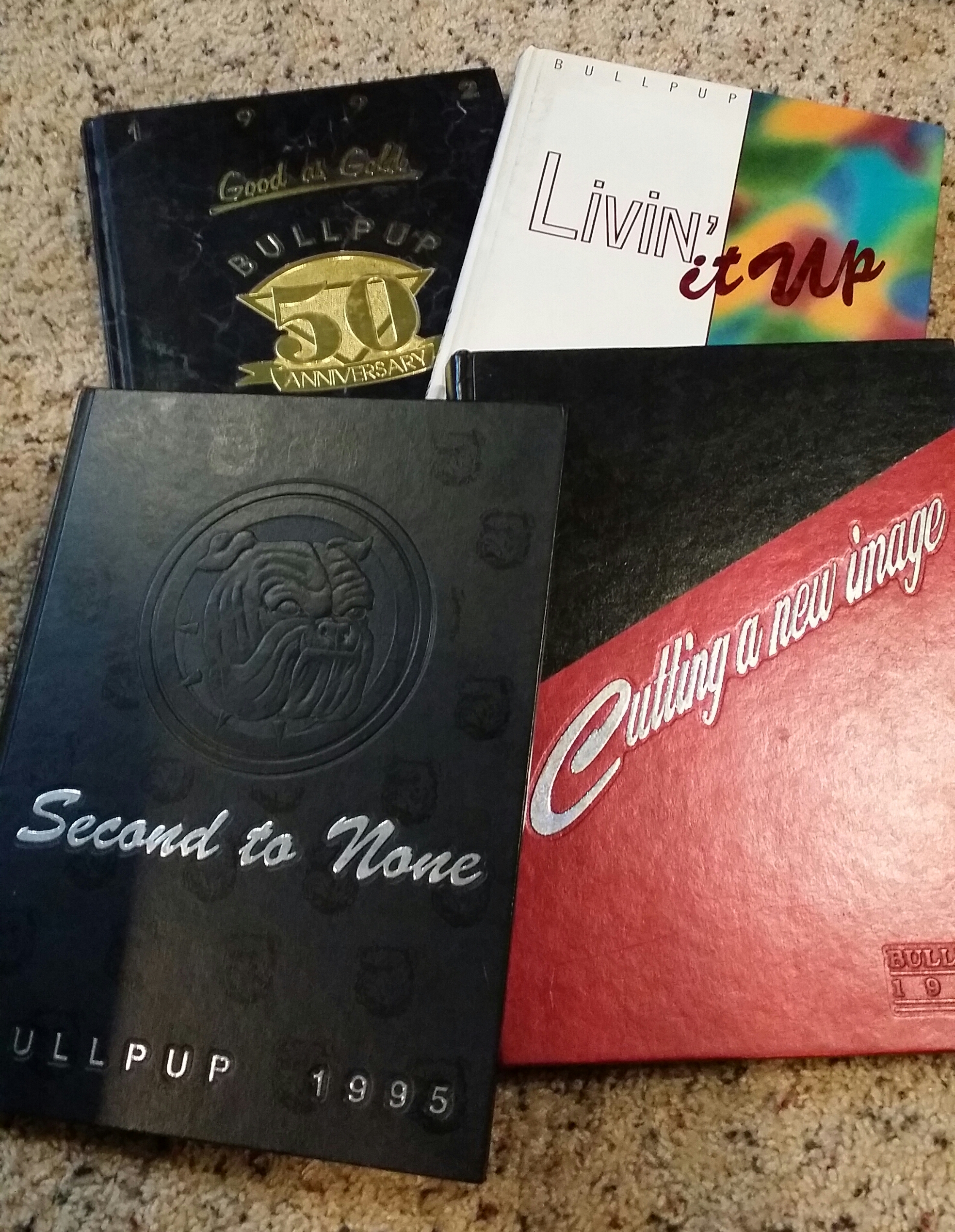 Now, if I’m really honest with myself, I realize that I was confused about who I wanted to be and how I wanted to fit in. I mean, I had convinced myself that I wasn’t interested in being part of the cool crowd, but I kinda fantasized about being accepted by them…being cool and revered enough to walk among them, yet aloof and confident enough to be able to walk away from them and reconnect with the less-cool crowd whenever I wanted, because I was actually better than the cool snobs. I definitely dreamed about dating the pretty, popular girls, even though I knew they were so outta my league. So I focused my actual ‘crushes’ on the girls that seemed more within my reach (but ultimately, I was too shy and scared to even try and reach out to any of them). I guess there’s just something about wanting to be liked and accepted, especially as a closet extrovert. And even though I wanted to claim that I didn’t care about the popular crowd, there was apparently something I admired about them and secretly wanted to be a part of, even if I couldn’t consciously recognize what that something was. 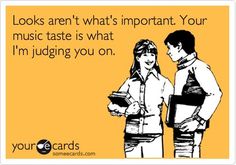 And looking back, I can certainly see how hard I worked to try and fit in with the group of guys I became friends with. They were a tight group of friends, because they had basically grown up in the same church together and had lots of inside jokes and shared experiences from before I tried to infiltrate their ranks. They did seem to accept me pretty easily, which I really appreciated. But I felt like I had to learn their ways pretty quickly and put in a lot of effort to try and assimilate. I changed my music tastes and listening habits first off…which was pretty easy for me because I had always appreciated a wide range of music. Except over time, I realized that I had to become a bit of a cynical music snob, in order to feel like I really fit in, abandoning music that I had enjoyed in the past, and focusing my tastes on more elite and ‘alternative’ material. And the beginning of every school year was an extra challenge, because they had spent the summer still going to church and hanging out together, and I would have to play catch-up with all the new jokes and music they had evolved through in the off-term months. But in the end, these were the friends that I took away from high school…shared some college experiences with some of them, and have been able to keep in touch to some degree over the years. I genuinely do appreciate the influence that they had on me in those formative years, and as I finally ‘found myself’ in college, I could recognize the positive influence that I chose to retain from my time in that group of friends. 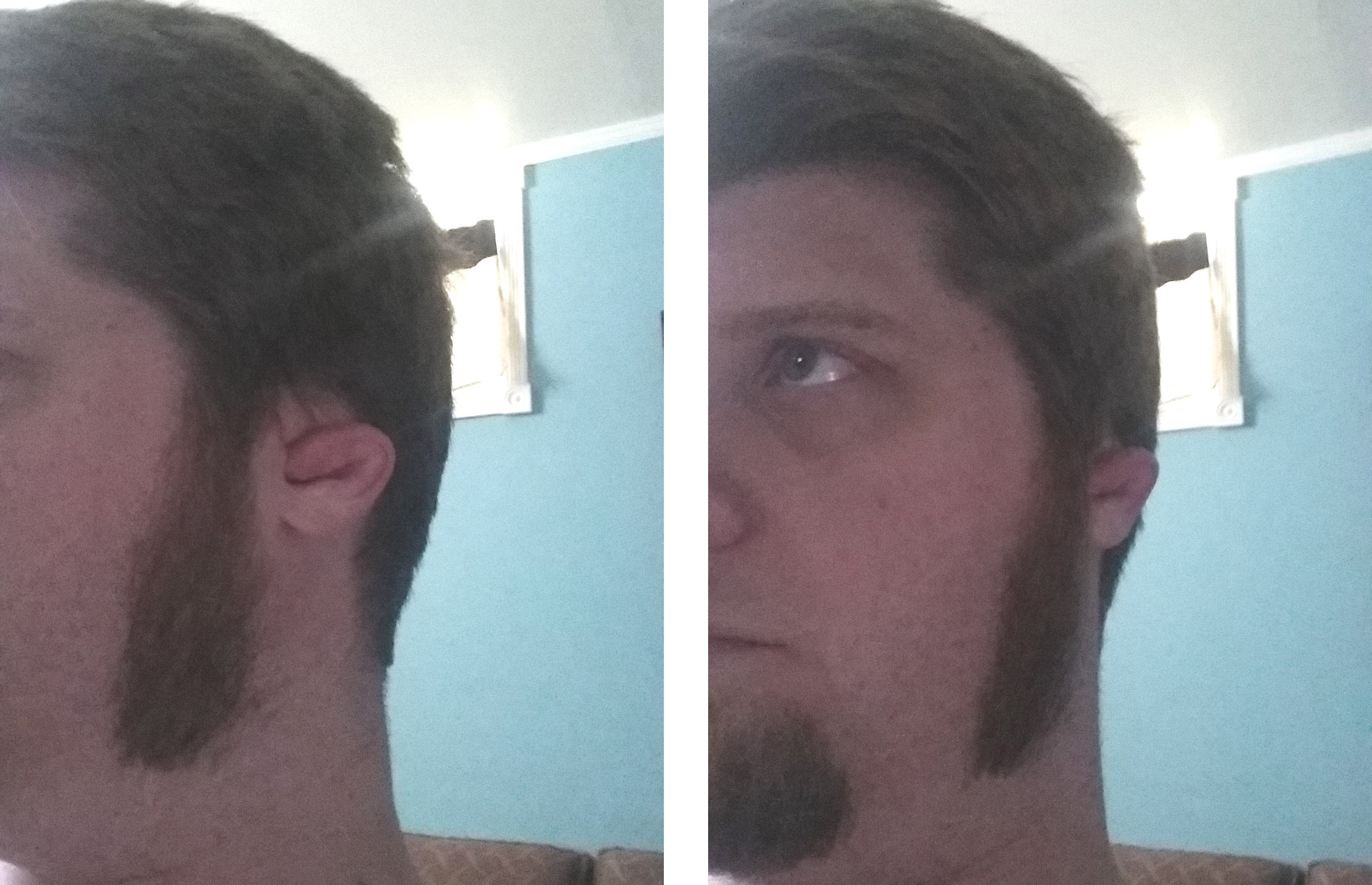 So yeah…as for the 10 year reunion, I was completely uninterested in stirring up those feelings from high school, just like I couldn’t stand to spend much time digging through those yearbooks. But by the 15 year, I had grown sorta curious. I guess I had come to understand that people had probably changed in the years since high school, and maybe I was interested in seeing if I could be more accepted by the cool kids than I was in school (probably that socially needy extrovert trying to come out of the closet). So I convinced a reluctant friend that I’ve kept in touch with over the years, to come with to the bar where the class was meeting. When we first arrived, we were greeted politely, but I kinda felt like my wife actually got a better welcome than I did, (she had worked with one of my classmates, who obviously recognized her, and I wasn’t sure if she was recognizing me). My wife and my friend and I sat down at a table, kind of away from where most of the class was hanging out, and a few people came over and chatted briefly with my friend, but most of what I got was “can you still do that weird thing with your ears?” It mostly just felt awkward and still detached, isolated. Looking back now, I do recognize that we were the ones who decided to sit at a table by ourselves, and I’ve come to see how my shy tendencies are often to blame when I feel awkwardly ignored or detached. I tend to isolate myself and expect others to reach out to me, and that’s not really a fair expectation. I’m sure I can come off like a snob, when what I really want is to open up and connect with those around me. But, since I didn’t really understand these things at the time of the 15 year reunion, we left after only an hour, discouraged and sorta feeling like the night only proved the disparate lives dividing us and the ‘cool’ kids, even as grown-ups.

YET….somehow…I didn’t remain satisfied with that conclusion. By the time our 20 year reunion was coming around, I felt that curiosity creeping up again. But I wasn’t sure why. Wasn’t the experience of that 15 year reunion enough to satisfy, and even disappoint, that curiosity? Was it just my closeted extrovert or maybe that teenage longing to be accepted and liked that had me interested in giving those classmates another chance? I didn’t really understand why, but I just couldn’t shake the temptation to try one more time…