The term “salad days” is a Shakespearean expression referring to the ignorance and idealism of a person’s youth. It an also point to when a individual has reached his or her “prime” as far as their abilities and talents are concerned. Yet for most readers of this review, Salad Days, is the title track off of Minor Threat’s 1985 EP of the same name, which was released two years after the band broke up. However you define the term, the truth is that all things have their moment in time and all things eventually come to an end. 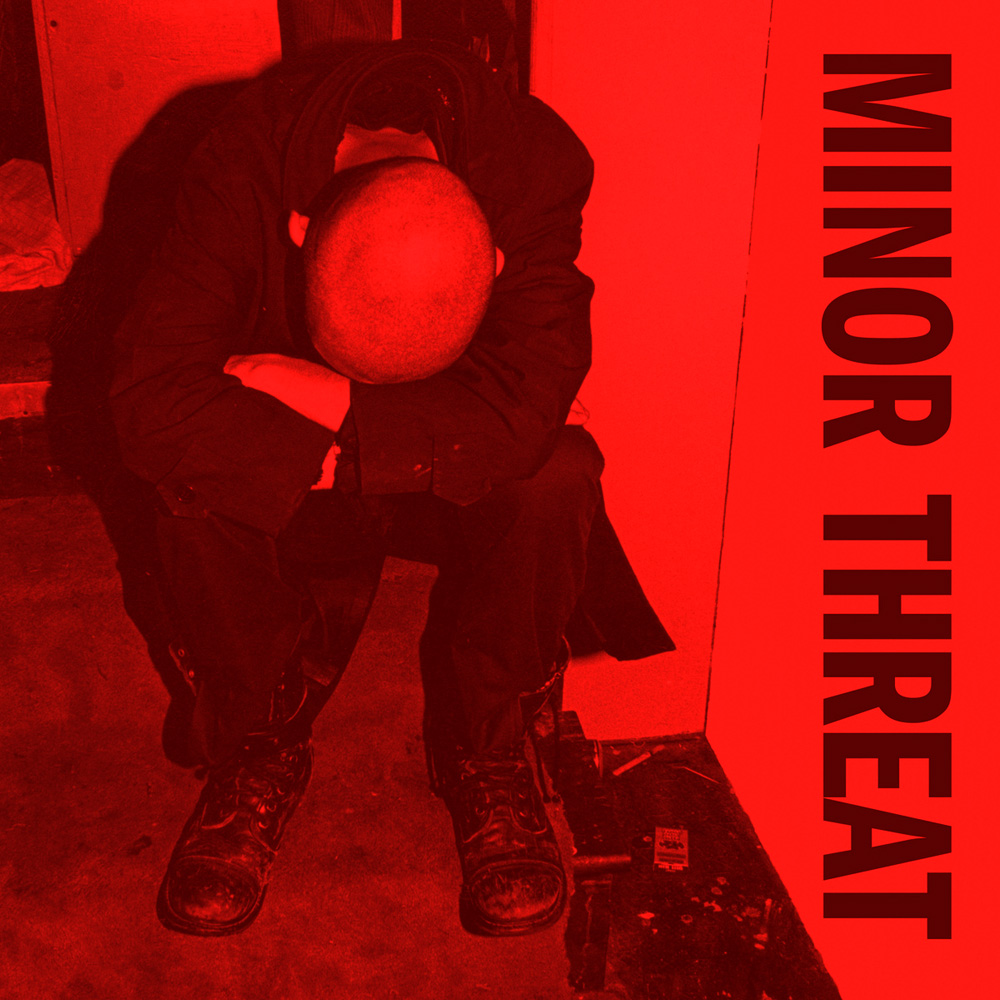 In Salad Days filmmaker Scott Crawford tells the story of what made the D.C. punk rock scene so special in the 1980’s, and of course, why it all fell apart. Crawford is the perfect guy to pull this off being that began covering the D.C. scene as a preteen zine journalist. His dedication to documenting the historic and the everyday, of a music culture that gave the world some of the best bands of the era was amazing. I would watch a documentary about Crawford honestly, it would be like the Almost Famous of 80’s punk rook. At any rate, he directs this biography of a very important music scene that influenced much of what is called punk, hardcore, post-hardcore, or emo today. 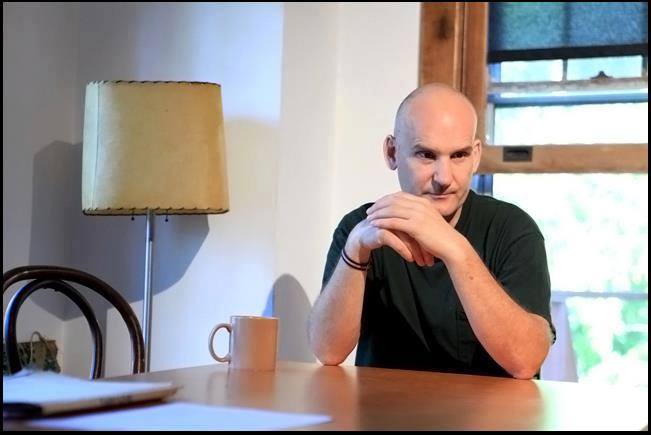 The film begins as it ends really, with Ian Mackaye, co-founder of Dischord Records, front man for Minor Threat, Embrace, and Fugazi, and maybe the most polarizing figure in the D.C. scene history. Ian with other notables like Henry Rollins discuss the early days of the scene. The now middle aged ions tell stories of how the punks were harassed and beaten up by the mainstream kids. It is similar to anyone’s story that grew up in any punk scene between 1980-the early 1990’s. People were intolerant and could get away with brutality because the scenes, like D.C.’s were very small and made up of mostly outcast kids who weren’t “tough guys”. It was a place for the misfit, the artist, the musicians, the writers, and the drop outs to find a community of their own. Where I grew up was no different, living a counter-culture life meant getting the shit kicked out of you from time to time and being bullied just about everyday of your life. So Mackaye, Rollins and the others took their lumps but eventually fought back, with their hands but more so with their minds. They created a tight community of artists that would begin to rewrite underground music history.

The brilliance of the D.C. scene was three fold to me and the film documents it perfectly without over-romanticizing it all. First off there is the Do It Yourself aspect to everything that comes out of that community, especially in the early days. Whether it was the artwork for the albums or the way the shows were put together, it was all made from the hard work of this small group of friends. Secondly was that family like outlook that really kind of set this town apart from others. They really did this for their friends and were quite exclusive about it. Dischord to this day is a label made of up the labels friends bands, it is not about the money, it’s about supporting each others art. Finally the politics of the scene which happened elsewhere too but in D.C., the nation’s capital, it seemed to be even more of a big deal. 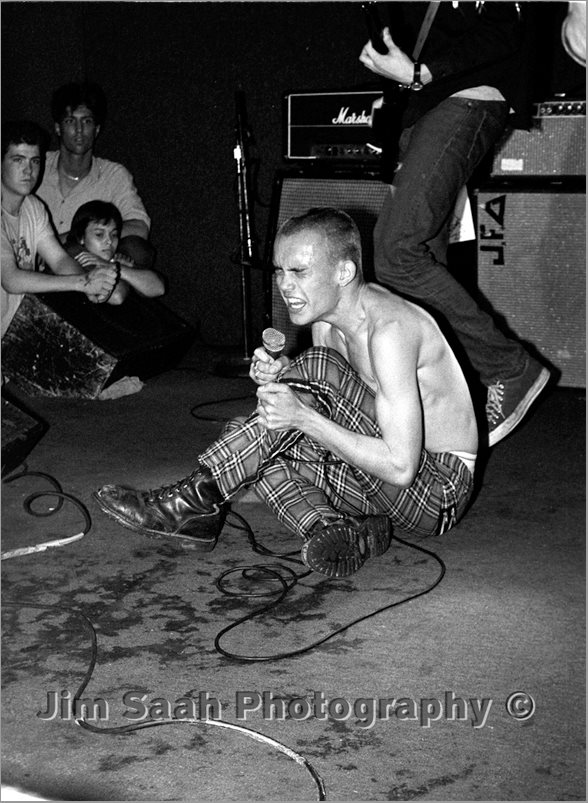 In order to not bore you by basically listing every band that ever impacted D.C., let me paint a picture of what the film was really about to me. To be honest I am beginning to hate these scene documentaries because they often end up just a romanticized trip down memory lane of some fan boy who likely wasn’t even old enough to know what any of it was. The films turn into ego stroking sessions and a bunch of “Well back in my day….” by aging punk rockers who are bitterly holding onto the past. This one, however, was more of a time capsule of a period in which something was special but also very fragile. Sure there are the iconic players like Rollins and Mackaye but they also did a good job trying to to get a wider array of opinions and stories of what went on there. The filmmaker does a great job in not just tooting the proverbial horn of D.C. punk rock but he allows the ugliness to come through as well. Like every scene, eventually people get jealous, drama arises, and things grow to uncomfortable levels where the original ideas no longer apply. This town was no different and from the advent of straightedge to the basic beginnings of “emo-core”, it was a turbulent time for those involved.

“Straight Edge” became synonymous with D.C. because of the song by Minor Threat and Ian Mackaye’s charismatic grandstanding at shows. They X’s on the hands was just a way to ensure underage kids could see shows in a town that was mostly 18 and up. Outside of Ian, even his bandmates in Minor Threat weren’t claiming anything but being a band. As drummer Jeff Nelson expressed in the film, “It was just a song on an e.p.” but straight edge blew up into it’s own animal that took a major toll on the community they had built there. It shows how fast a fire an start even by accident. The films willingness to expose this rack in the foundation was a refreshing angle to take. To show that Ian Mackaye was seen as a godfather type but also as a dictator to others who felt he was making the scene exclusive. Ian spoke to this saying “I didn’t want to own the scene here, I just wanted to be a scene.” 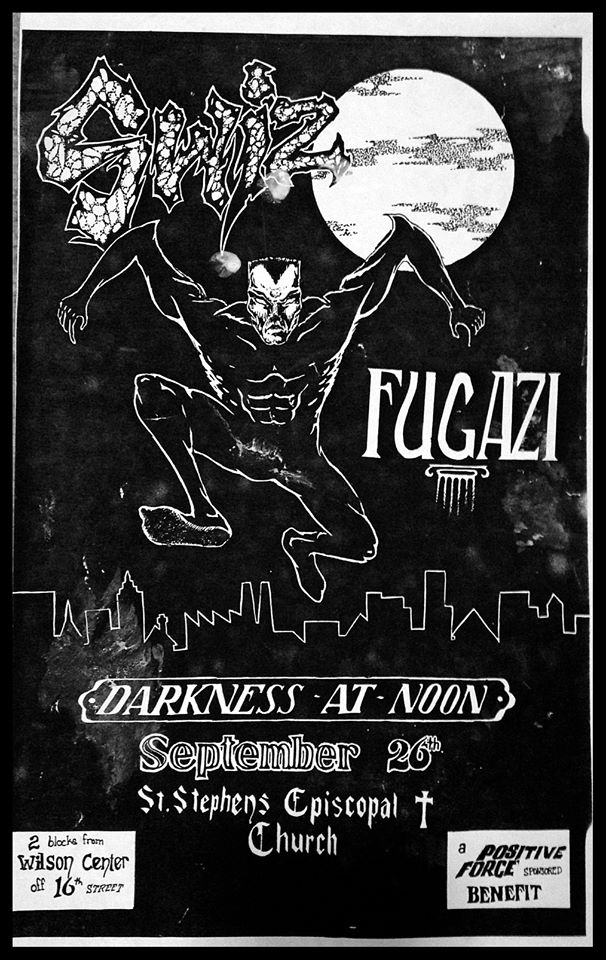 The most interesting part of the film for me was when Mark Andersen comes to town and creates Positive Force in 1984. As the film points out, D.C. was blighted city that was mostly African American and the white people were too afraid to venture into the city leaving it to the kids to run there scene. Amongst the back drop of a crumbling city were these kids who wanted to do something positive beyond music. Dialogue about gay rights, feminism, and civil rights began to emerge amongst the scene. More women started bands and though they weren’t always treated fairly or politely by the male dominated community, they created some incredible music. There began to be a ton of benefit shows which became the catalyst for the newer more “emotional” bands to showcase themselves. Bands like Rites Of Spring, Embrace, and Gray Matter took the early 80’s hardcore sound and refined it. The lyrics became less reactionary and more introspective leading to the new crop of bands being labeled “Emo-Core”, a term claimed to be coined by Brian Baker, (Minor Threat/Dag Nasty), as a snide remark about Rites Of Spring. Mackaye said of the “Emo-Core” thing “As far as I am concerned, punk was emotional since day one. Johnny Rotten was emotional.” Dave Grohl, who was a D.C. scene kid and member of Scream remarked on the emotional turn of the music, “There was like a whole new emotional sensitivity and it was great, like, you didn’t have to sing about Reagan anymore!” 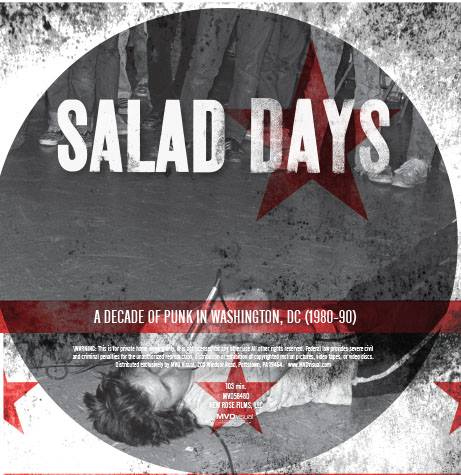 The film pretty much ends when Fugazi forms thus changing the D.C. scene forever due to their popularity. Dischord had become a giant amongst the indie labels and because of Fugazi if you were affiliated at all you saw better offers for shows and better opportunities. Though Fugazi never signed with a major and stayed true to their ethics as well as their label Dischord, it still marked the end of the “good old days” of a period that gave us so much great music. What it does leave is a blueprint for how to do things yourself and do them because you love the music.

Andersen’s remarks are really what I hope young people take from this film, beyond the history lesson. Kids who see this need to remember that you should be influenced by the past but never defined by it. The greatest thing about this particular scene is that it was created and really maintained by kids who loved music and wanted to support their friends. It wasn’t about rock stars and getting big recording contracts. This was about making something from nothing and doing it with what you have. Do not look into the past and try to recreate a sound, make your own. Build it with your friends, meshing your influences. Don’t set out to be a punk band or a hardcore band, just be a band that plays the music you feel is right for you. Build a community that stands for something more than just being cool, make it about people and art. If more kids just played to play and supported each others bands, good or bad, we would see a much better subculture. As Mark Andersen says at the end, “Salad Days! That is not then, it is right now! It is always right now!”