Before he released Concerning Violence in 2014, Swedish filmmaker Göran Olsson released this compilation of footage from the Black Power movement. It features prominent black voices from today accompany the previously unreleased footage to tell one of the most important stories in American history.

An influential film for Quentin Tarantino in the creation of Django Unchained, Boss is the less abrasive re-titling of 1975’s Boss Nigger. While the use of a word so profane and downright abhorrent seems a curious choice, especially for a white director, the deliberate title was meant to pack a punch. Former AFL running back, Fred Williamson stars as Boss, a badass bounty hunter. One review from The New York Times perfectly explained the film, stating:

Most black Westerns either ignore race or make it the fundamental point of the movie.

Boss Nigger somehow manages to do both quite successfully.

The film is not only a blaxploitation gem, but an important watch that explores race in an interesting way. The title makes me cringe just typing it, but that’s part of the point. When that word doesn’t make you cringe, that’s where the problem starts. 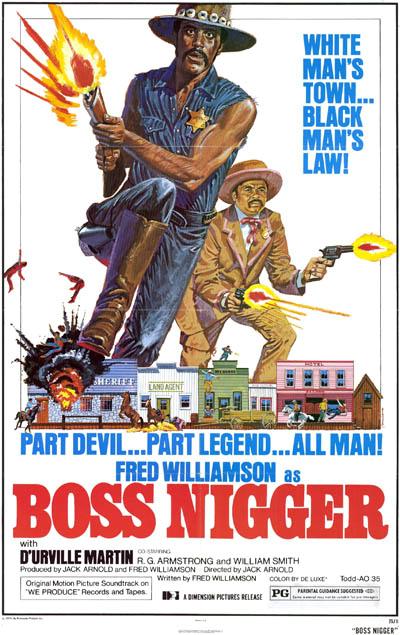 I must admit, this is not one of my favorite films by any stretch of the imagination; however, there’s some real cultural significance to this film. The themes and topics this film tackles through the vehicle of vampirism are very ambitious, as is the film’s structure and style. And, despite not being a top film in my pantheon of horror films, it’s a very interesting film to watch and spend time thinking about.

The smart guy himself picks a diverse collection of movies to share with the world via his shortlist entitled “Aliens, Gangsters, and Artists”. The list begins with Don’t Be A Menace To South Central While Drinking Your Juice in the Hood and ends with The Hurt Locker and has a documentary, a teen scream flick, ad the directorial debut of Matthew Vaughn (Kick-Ass, Kingsmen, and X-Men: First Class) wedged in between. If you’re wondering why this pertains to the theme, it’s for two reasons… first, Tahj is a smart, young black man in Hollywood; and, second, the opening film in the list is an interesting, albeit crude and over the top, parody on the urban dramas set in “the hood”.

Lots of great films to watch this weekend while you #NetflixAndChill or #FandorAndChill or… you get the picture! #Hashtag