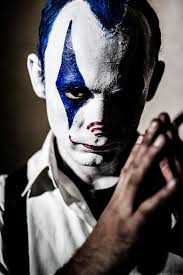 I’ve never been a clown guy. You know why? Because I’m not insane, that’s why. Who are these people that think some adult smearing multicolored goop all over their face, clamping a red ball on their nose, smooshing a wig on their head, and twisting phallic-shaped balloons into something appealing to kids is at all appropriate?

They feel like a holdover from a bygone era when the world was innocent. A world unbesmirched by the interconnectedness media brought to society. A media that showcased the dark depths of humanity’s sexual cravings. I just won’t even pretend to understand how a person could look at a clown and think, “There’s a nice man who likes being a balloon artiste” without suspecting something deeper.

Mostly set within a quiet, abandoned Ohio town, ClownTown gives us a carload of teenagers in search for a concert and springs a whole lot of ultra-violence upon them. The deliverers of this chepooka is a lot of droogs all dressed to the nines like they were in A Clockwork Orange, except with clown paint all over their face. 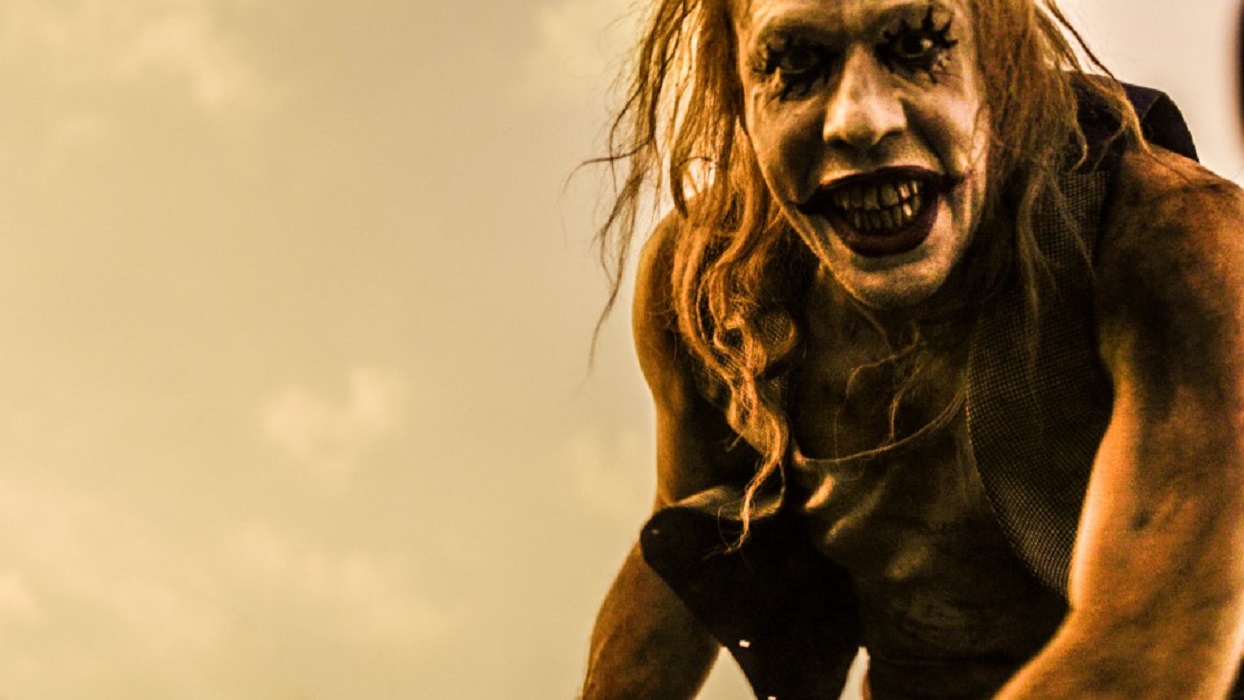 It’s a pretty good look, one that mixes with the blood spilling quite nicely. It’s this look, like these creepers stepped right out of Burgess’s pen, that drives ClownTown’s best moments. And thank god, because our protagonists are as listless a group of helpless young adults you’ve ever seen.

Horror is a genre that is beset with tropes. They allow for a certain amount of narrative shorthanding–stuff that the audience understands without it needing to be spelled out completely for them. But most movies understand that this shorthanding can go too far. Not so here. In the first scene of the movie we have a babysitter putting her charges to bed. After doing so she wanders downstairs, talks on the phone, watches TV, you know–and then we start to hear noises from another room. This is standard horror stuff, right? As an audience we know what’s going on and we’re supposed to know what’s going on. The Big Bad is coming and the movie is supposed to build that anticipation. What is not supposed to happen is for the character to be on the exact same page as the audience. The character, if registering the noise at all, is supposed to write it off as the kids being out of bed or her imagination or anything logical. What the character is not supposed to do is automatically understand that she’s in a horror and start creeping around like she’s about to get stabbed.

That’s the sort of thing ClownTown does through the entire film. The protagonists routinely understand stuff only the audience should. Despite this precognizant foresight, the characters also act in the stupidest way possible. It’s actually a blessing that none of the protagonists are likeable. Their puppet-like idiocy makes them utterly disposable.

Luckily, the clown gang is both interesting and likeable and, as it so happens, pretty keen on ensuring these idiots are actually properly disposed of. In horror movies I don’t usually find myself rooting for the antagonists, even in cases where I really like the antagonist. But here I practically cheered each time one of the clown droogs showed up because that meant respite from having to think about the actual protagonists.

ClownTown suffices as a blood-soaked slasher/thriller, with enough clowns running about to satisfy your spur-of-the-moment interest in a clown-centric horror movie.