When the credits of Hellraiser III: Hell on Earth began to roll and the perfect grumble that is Lemmy’s gruff vocal style rolled in over his signature bass sound and Mickey Dee’s drums, I knew that my first journey through this fantastic trilogy of films will surely not be my last. Far more intelligent than its more popular brethren of the era, Elm St and Friday, Hellraiser is inventive, unique, and deep. It forces the viewer to consider their darkest fantasies, the afterlife, and the lines between reality and fiction. Remastered and chock full of extras, there’s no better way to experience this innovative trilogy than Arrow’s Scarlet Box Limited Edition Trilogy set.

The most familiar element of the Hellraiser series is the iconic Cenobite portrayed by Doug Bradley, Pinhead, so nicknamed by the makeup crew due to the numerous pins protruding from his head. In original scripts, writer/director Clive Barker named the character “Priest”, while the final cut of the original film credits Bradley’s master of the underworld as “Lead Cenobite”. Neither fully demonic or angelic in nature, Pinhead and the other Cenobites are keepers and citizens of a dark afterlife consisting of both much pleasure and much pain; Pinhead remarks that they are”explorers in the further regions of experience. Demons to some. Angels to others.” However, the demonic side of Pinhead’s personality seems to become more and more dominant as the original trilogy progresses. While the first film shows him mostly as simply the Cenobite in charge, the second expands on both his mythos and personality, eventually culminating in the third film, where Pinhead is essentially the star and his larger than life personality is front and center.

Pinhead has become an important figure in pop culture, but he alone could not elevate it above Jason, Freddy, and Michael; rather, it’s the central themes of the three films that make it more than its contemporaries. Barker did not shy away from dark fetishes or S&M. He did not shy away from things that remained taboo, even in horror. Yet, despite this exploration of darkness and sexuality, the film is far from being able to be accused of being a cheap exploitation horror based on sex and violence. Instead, the film tackles family dynamics, dealing with trauma and mental illness, deeply buried desires, love, lust, torture, and how all of these interact with one another. The added element of intelligence and wisdom comes with Pinhead, who Barker always envisioned as a no-nonsense, intellectual Christopher Lee type. Even when we get to see him laughing and having fun in the third film, there’s still an almost professor-like quality to how he proves himself over and over as the smartest person in the room. 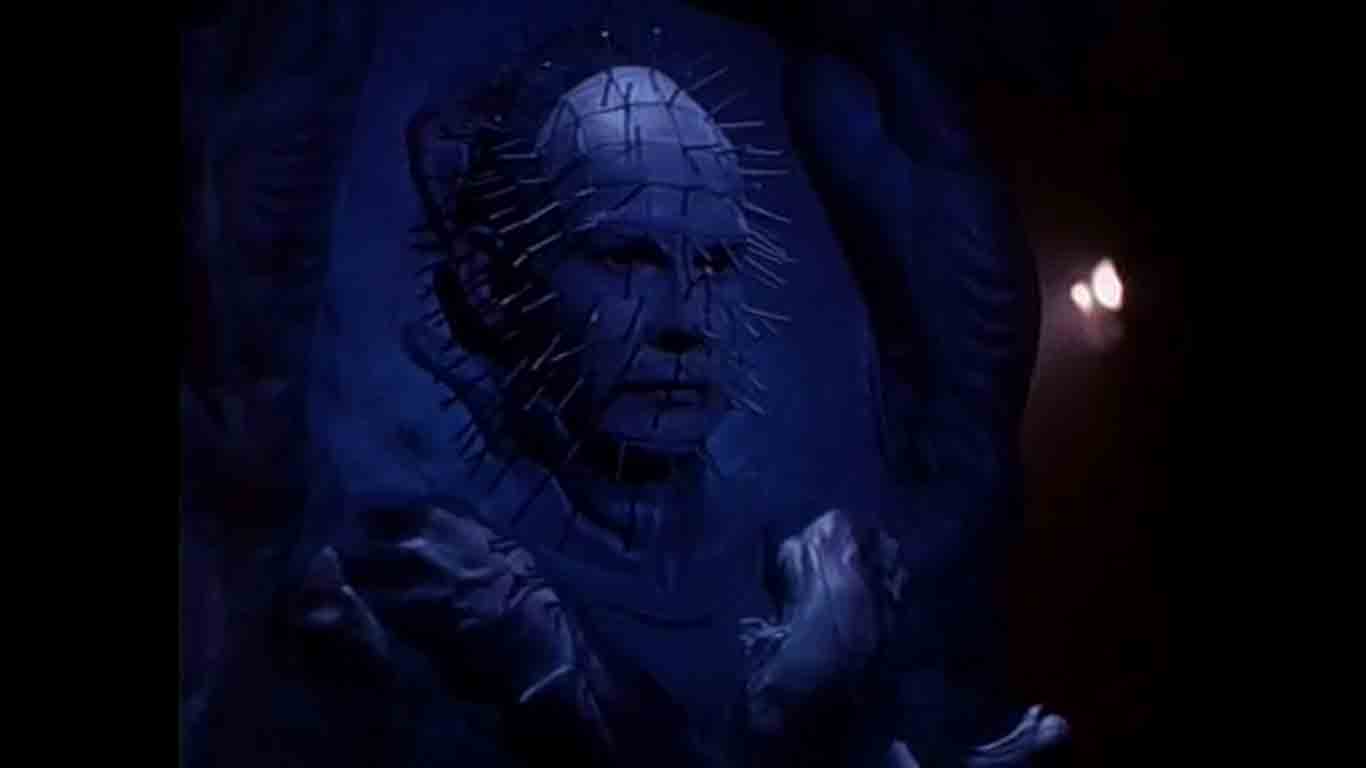 Each of the films in the trilogy has a place where it stands out. The first is the originator of the idea, the most serious in tone, and is effective in bringing up the necessary questions of faith, love, lust, and life that the entire trilogy will continually force the viewer to consider. The second is, perhaps, the most complete of the films; building off the original without rehashing the setup, it is exactly what a sequel is supposed to be. The third is the most fun (if “fun” can ever be the correct word when it comes to a film when tearing off human flesh is all be inevitable). While the third film has some holes of its own, it also fills many holes as it presents to the viewer so much more about Pinhead’s origin and elevates him to true rockstar status. In short, they all compliment each other very well. The story builds continuously and our anti-hero/villain develops throughout. 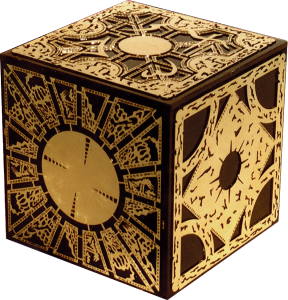 All of the films have great makeup and effects work and work well. There are some truly great practical effects in all of the films, from the first film’s regeneration and face ripping scenes to Channard’s transformation in the second to that incredible statue in the third. These effects, along with the sound design, have a ton to do with why the films are so effective. What’s even more is that the box set features some great discussion of this in featurettes and full documentaries included on the discs.

The documentaries on the discs are fantastic. Even a Hellraiser novice, like myself, can watch these and become engrossed in the minutia surrounding these films. Big fans of the series are likely to get even more from these. Here is a breakdown of the entire package:

– Clive Barker short films Salomé and The Forbidden
– Books of Blood & Beyond: The Literary Works of Clive Barker – horror author David Gatward provides a tour through Barker’s written work, from the first Books of Blood to the recent The Scarlet Gospels
– Hellraiser: Evolutions – a brand new documentary looking at the evolution of the hit horror franchise and its enduring legacy, featuring interviews with Scott Derrickson (director, Hellraiser: Inferno), Rick Bota (director, Hellraiser: Hellseeker, Deader, and Hellworld), Stuart Gordon (director, Re-Animator, From Beyond) and others
= The Hellraiser Chronicles: A Question of Faith – short film

=Exclusive 200-page hardback book with new writing on Hellraiser and the Barker universe from Barker archivists Phil and Sarah Stokes – including chapters looking at Barker’s early work, the genesis and production of the first 3 films in the Hellraiser series and much more, all illustrated with stills and rare material from the Barker archive 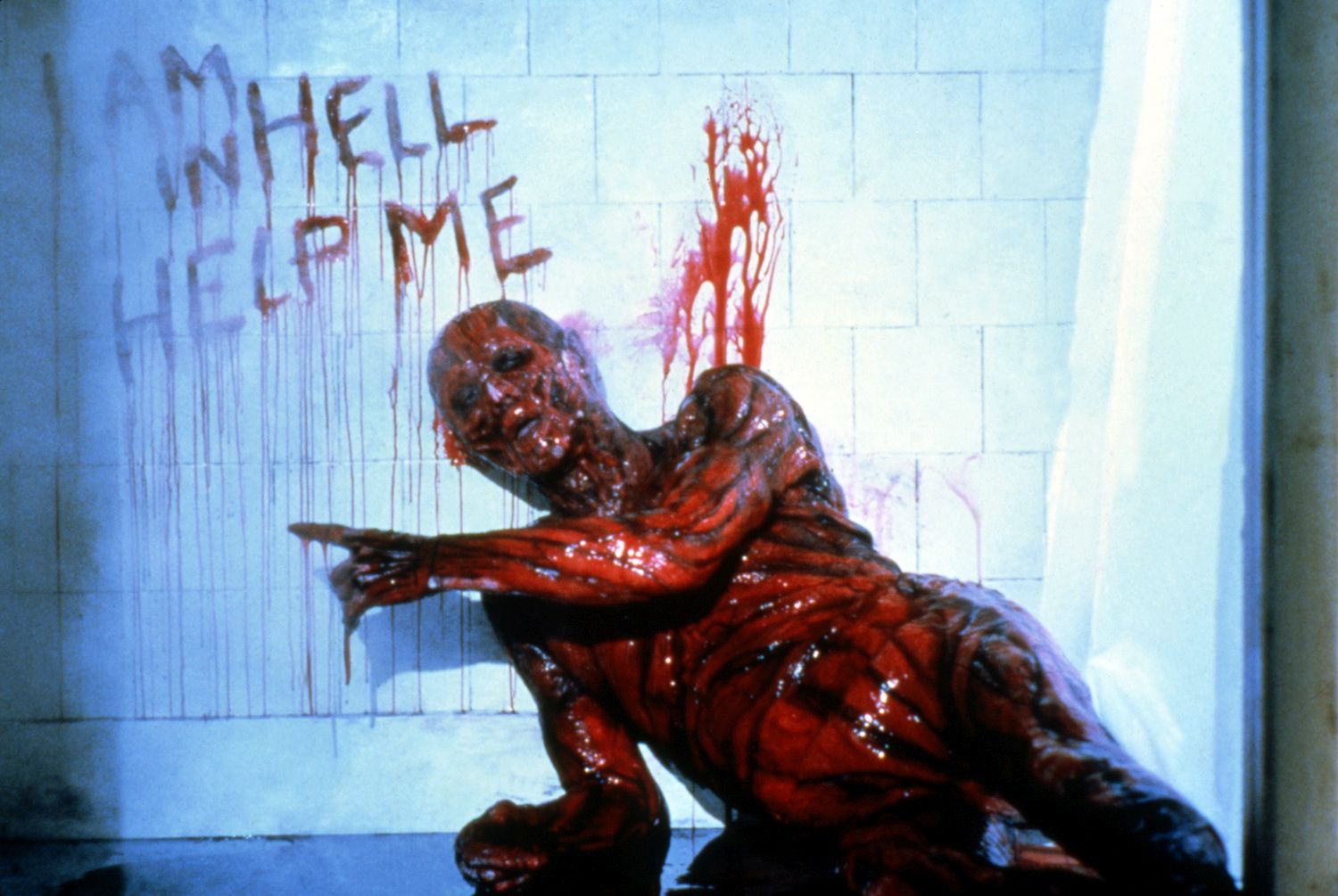 As a person of faith, watching these films was very impactful in regards to the questions it raises about the nature of God, Heaven and Hell, and human spirituality. First consider the impact of the utterance of Bible verse, “Jesus wept” (John 11:35), by Frank in the first film as his body and soul are literally being ripped apart. Or, for another example, look at the church scene in Hellraiser III where Pinhead laughingly declares himself to be “the way”, thus coopting Jesus’s claim and promise. In subverting these important moments in the gospel, so much is challenged, blasphemed, and, perhaps even, strengthened.

There are so many angles to take on a discussion about these films, but as this was my first go around, I am still wrapping my mind around them. Suffice it to say, this box set is fantastic and this series, at least the original trilogy, is one Hell of a time.