In the past month, I’ve had the pleasure of being introduced to the work of Jino Kang, specifically the Fist 2 Fist films. Even more of a pleasure was my chance to catch up with the hard-working action star on the rise!

In your own words, “Who is Jino Kang?”

I am a father, husband, martial artist and filmmaker. Most importantly, a self-made man. I work hard at what I do, especially in running a martial arts school and making martial arts films.

When did you begin practicing martial arts?

I can remember waking at early in the morning when my father or my uncle would take me to Do Jang (martial arts school) before work. I would already be dressed in uniform and I would just jump in the classes with the rest of the classes.

How did you get into writing, directing, and starring in your own films?

I knew I wanted to make martial art films and do it my own way when I was cast in Leo Fong’s Weapon of Choice (I heard this never got released). I usually do have collaborators in my films and I’m flexible regarding ideas and writing and so forth, except for fight scenes. I try to differentiate myself from other martial art films that are out there by focusing on story/plot, character development and realistic choreography. 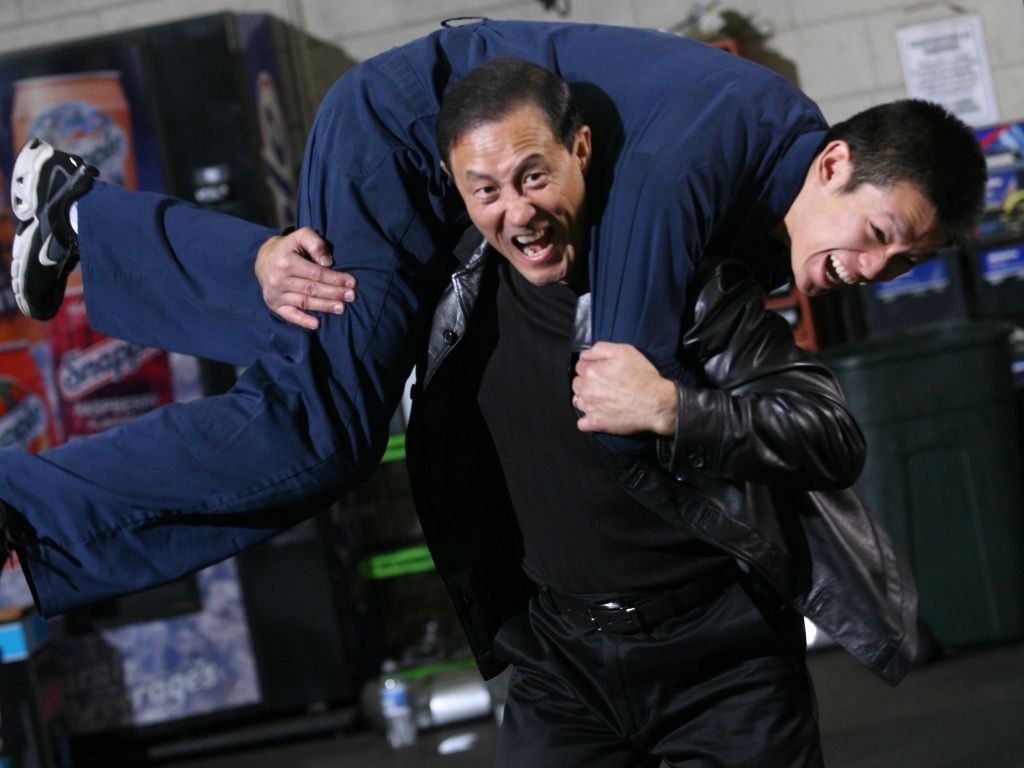 The Fist 2 Fist films bring high energy fights to the screen and have tobacco of great action despite your having limited budgets. How were you able to maximize your limited resources?

Thank you!  Because of limited resources – “money”, I always wished I had more of which would give me more time/days for action scenes, but as independent film maker that doesn’t happen.  However, we have a pool of great fighters and stunts guys that are readily available in SF/Bay Area.  I always wish that, I would have more funds available so I can create more intricate fight scenes.  More days to dedicate to the action scenes would be awesome.

Who were some of the people you had to lean on in order to get the films done? Who was vital in accomplishing these dreams?

The cast and crew for sure but it all comes down to money. I had to work hard to get private investors to make it happen. Sometimes, things go wrong on sets or scenes and had go back to ask for more money and that’s the hardest thing to do.

Stepping away from the technical aspects of these projects a bit, I want to look a bit at your personal beliefs and convictions in regards to the films’ themes. Both films follow a story of a protagonist who must sacrifice for others and use their skills for the betterment of other people’s lives. This is a noble idea but one that many people struggle with. What motivates these men to be so selfless and what motivated you to make this one a primary focus?

To err is human. Right? We all make mistakes once in a while. To make amends and atone for is the theme that I intertwine into my story telling. Otherwise, we really don’t have protagonist that audience will care for. If my protagonist was just a killing machine without conscience then we have a hero and that doesn’t jive, really. I think deep down, we all want to do the right thing. In real life, we are fearful of what may happen and take no action, which is just as bad.  Personally, If I dig deep into my soul, I believe there isn’t a thing I wouldn’t do for a friend, loved ones, or even a stranger if situation calls for it. 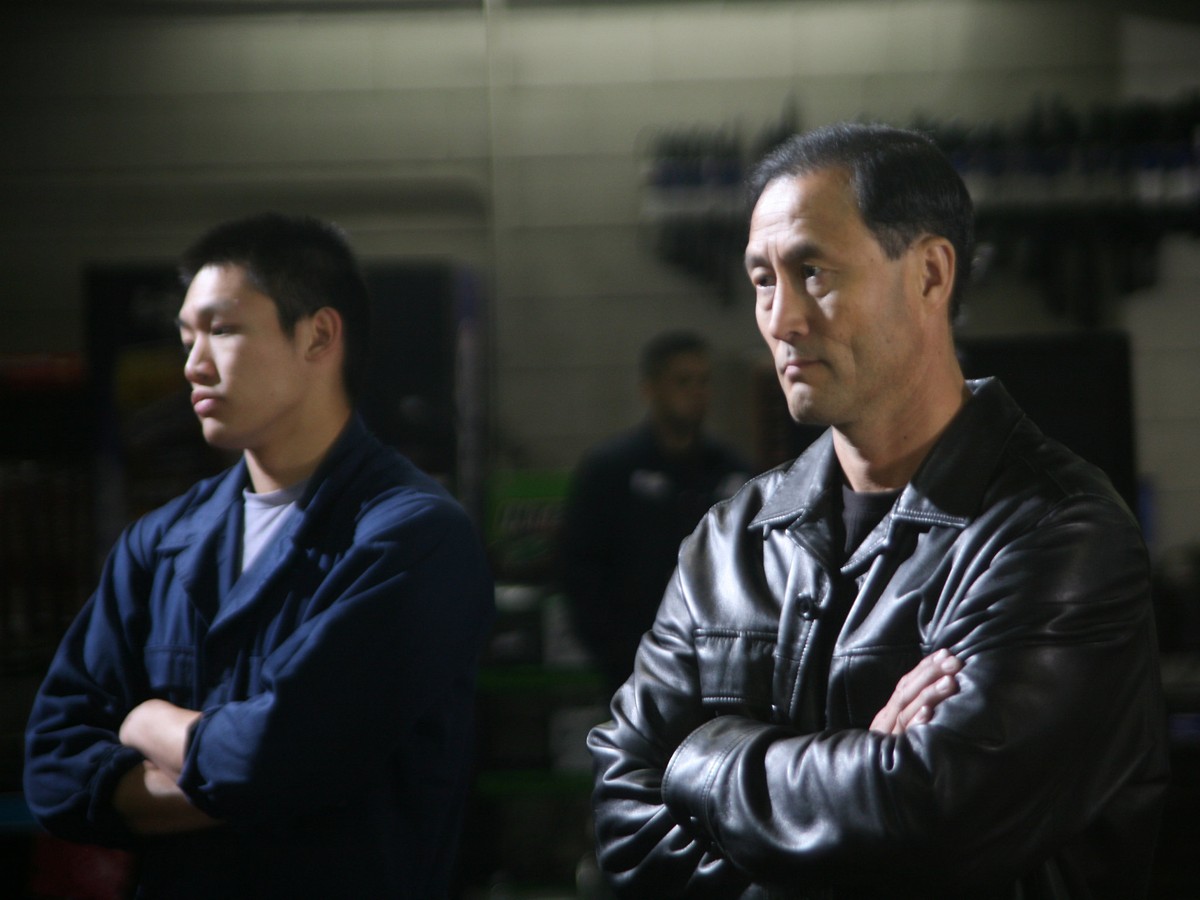 My original idea that launched this site and the accompanying podcast, The Farsighted, was to explore the intersection of faith and belief with art and culture. Buddhism and Christianity are both strongly represented in your home country of South Korea, and both go to great lengths to encourage selflessness and sacrifice. What type of influence does these faith traditions and/or others have on your work?

I’m not religious but I do have faith and hope. I hope you understand. I believe there are enough people with good heart that we can overcome hopelessness that are overshadowing United States and the world. Corruption is pervasive but so is kindness. I believe we are moving towards better future, however bleak, it may seem right now, the good will overcome evil.

Right now, in my home country of America, we are facing a moral and political crisis that undervalues doing things for others and severely overvalues self over everything else. How do you think someone reading our interview can refocus their effort and their daily life to helping buck this trend and make a real difference in the lives of others?

Yes, every time I turn on TV or listen to talk radio, I get upset at the flagrant injustice that is blasted at our airwaves. It sickens me, that morally irresponsible people are running our nation and the entire world is affected by it.  In the end, I believe justice and fairness will prevail but until than we should fight back, not talking about violence but like women’s march, voting, speaking up, call you local lawmakers, and stand up to the bullies and liars that are abusing power of any kind.

Returning to the films and your film career, David J. Moore, author of The Good, the Tough, and the Deadly: Action Movies and Stars, called you a “rare breed” in the action world, a man who does it all while doing it with great care and skill. He lumps you in with some of the greats. Whose films were the biggest inspirations on yours and if you had the opportunity to work with any Martial Arts living legend today who would it be?

Yes, I have to thank David for such kind praise. My biggest heroes are (directors) Akira Kurosawa, Luc Besson, Ridley Scott, (actors/martial artists) Toshiro Mifune, Bruce Lee, Chuck Norris and JCVD. The newer actors that are in the front line are Scott Adkins and Michael Jai White. These guys are great, it’s just matter of time.

With that all in mind, whether you’ve got big name guests in mind or are continuing in the lower budget, do-it-all yourself model of the Fist 2 Fist films, what is on the horizon?

Well, I will always try for bigger budget. Also, trying to get funding for our new script Blade Fury written by Christine Lam and I.  A sequel to F2F2: Weapon of Choice.

SYNOPSIS: When he is tracked down by a vengeful Yakuza Mob Boss and his army of ninjas, Jack, a former hitman in hiding, finds himself forced into an all out war for his life and the lives of the people he loves.

And another spec TV pilot called Wages of Sin is in development in at a rewrite stage.  Also, trying to finish my Hapkido Book, Secrets of Hapkido.  Hopefully this summer of 2017. 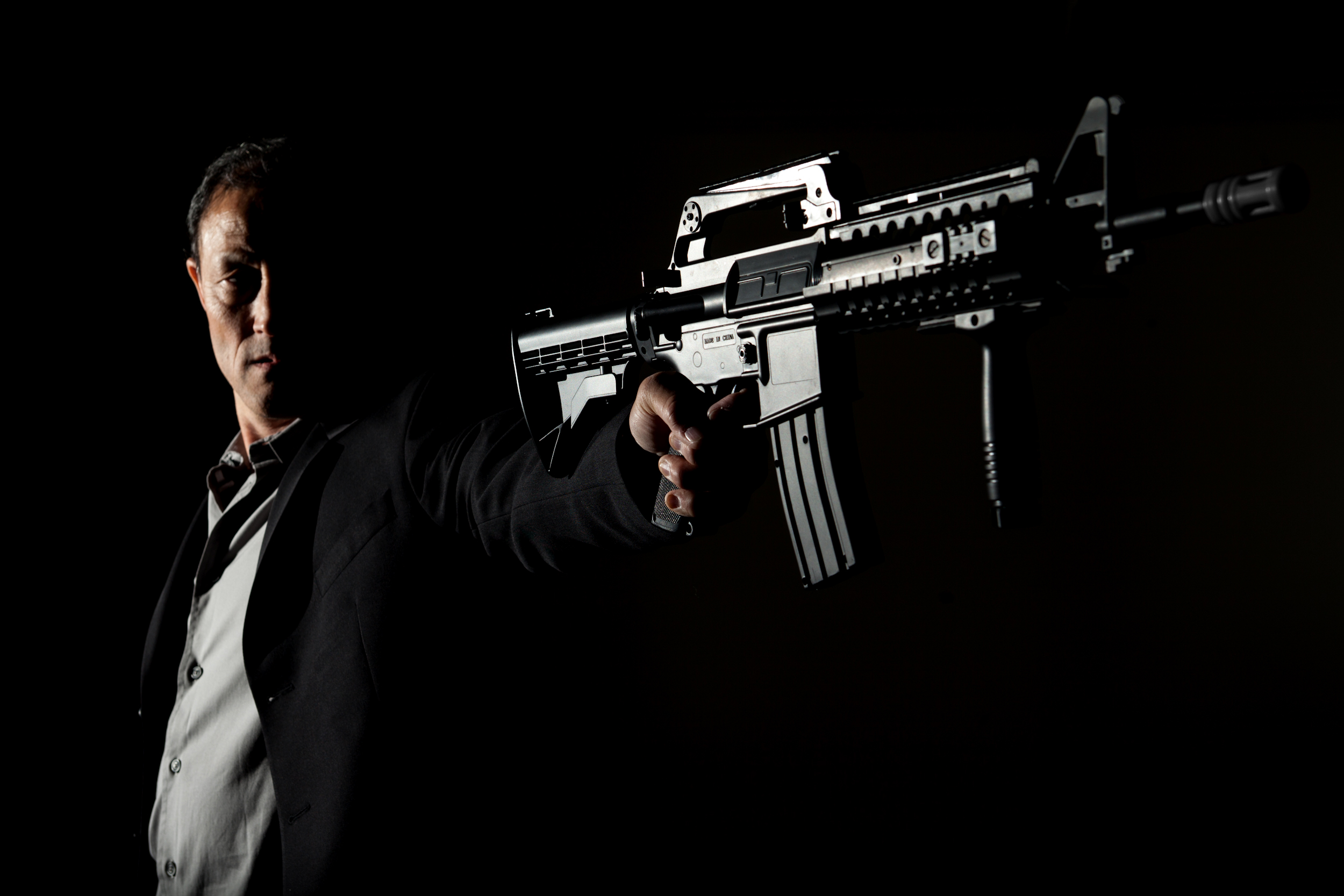 Thanks for the chance to chat, if people want to follow what you’re up to or fans want to reach out, where can they find you?

My pleasure, thanks for the opportunity Justin!  JinoKang.com is best way to reach me. Or on Twitter at @MartialMovies