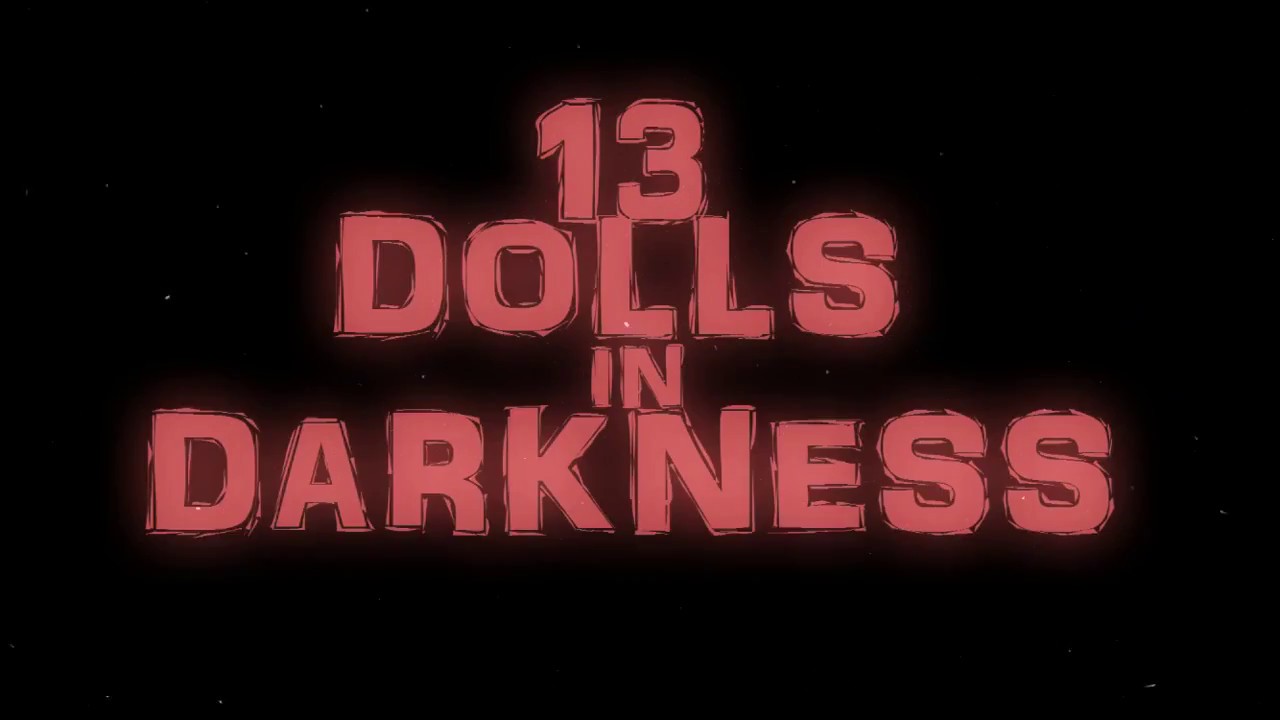 What gave you the idea to make 13 Dolls in Darkness a silent movie?

13 Dolls was always intended to be a black & white film, however it was not always going to be a silent. It was originally to dubbed by the cast, Italian style. However, as it took three years to actual shoot the entire film (I worked at the time as well so could only film in my spare time), people began dropping off the radar and lost interest in the production. What dubbing we did get done was just not working as expected so I decided to abandon the project in it’s current form so I could think of another option. I knew the film needed something to set it completely apart and that’s when it came to me, to make it a silent. It was either going to win audiences over or it was going to send them away in droves. Either way, the film could get finished.

What is it like to pick up working on this movie after shelving it for a period of time?

Independent film making is usually a very slow haul. People assume its just point, shoot, edit, release. Its so much more than that. When I stopped with the film after the dubbing session didn’t work out to plan, I moved to another part of the country (Australia) and shot a second feature film, A Black Candle for Angela, with my film partner, Daniel Brooks, who had starred in and assisted me during editing on 13 Dolls. It was hard to go back to 13 Dolls after the excitement of shooting another film but I knew we had something special there. I decided that before this second film would be edited, I would focus on getting 13 Dolls completed, which I finally achieved in March of this year (2017).

What other jobs did you have besides directing on the project?

Basically I had my hand in everything to do with the production. I spent a whole year filming every scene of the movie that didn’t require the presence of actors, so I was very much in my own world with it to begin with. The cast slowly came together bit by bit as I would shoot individual scenes with the actors I had. The cast never saw a script, although I knew what the film was about and where it was going. They were shown storyboards of the shots required for the day. When cast members were getting ready, I would be mixing fake blood, cutting the eyes out of dolls, setting up the lights, you name it.

Who influenced you as a director?

Dario Argento and Mario Bava first and foremost. I was constantly thinking of these two directors and their visual style throughout the entire shooting of 13 Dolls. I’m an absolute giallo nut and hope that comes across on the screen with audiences.

What would you call your directorial style?

I consider myself to be a genre artist… as I love the genre inside and out. I think of my movies as homages more than anything else. Films that should of been made long ago. I’m old school all the way.

What are some of your upcoming projects in 2018?

Since 13 Dolls hit the festival circuit in October of this year, things have picked up considerably. I have just directed a music video for American Punk group The Eunuchs, which will be airing on American Horrors (Roku Channel) on the 18th of December. I have also been collaborating with Myrtle Beach indie horror film makers Scott L. Collins and Dwayne King (creators of Kill Syndrome) on a new film they are creating. I will be co-producer on the project. I’m also still editing my second film and am in the process of putting together the cast for my third feature film, set to be filmed around March 2018.