2017 has created a greater need for stress relief in my life. And while I’m often wary of nostalgia as a means of coping, I recently overindulged in my nostalgia habit and mainlined some sweet, sweet SNES Classic and have reached a new plateau of bliss. Holding one of those controllers again immediately brought on a rush of positive sensations that the soundtracks to games like Mega Man X, Super Mario World, and Donkey Kong Country only amplified. 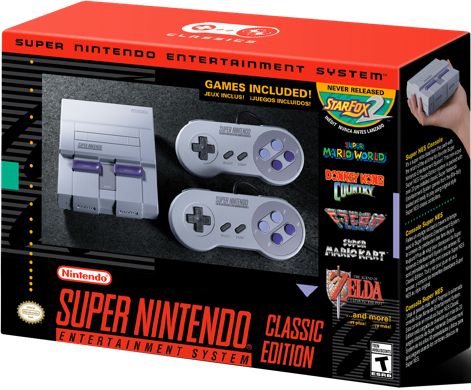 My acquisition of this highly sought after faux-pharmaceutical was as shady as you might imagine. I spent weeks looking for SNES Classics out on the street, just hitting every GameStop and WalMart in a 30 mile radius demanding employees double check their stock and implying a certain Benjamin would make it worth their while to slip a Classic out the backdoor. I became so desperate to find one, I had to go outside the normal trade routes for some product and enter the seedy world of the SNES Classic Black Market, better known as That Guy Dave I Knew In College’s Mom.

Ya see, Dave’s Mom is a calculated business woman who knew last year’s product, the NES Classic, hit a pretty high price on the Black Market and, despite her moral objections to its use, she had heard the SNES Classic packed twice the bits and thus twice the euphoria, potentially making the demand even higher. Anyway, she apparently has her own bad habits which include daily trips to Target, ensuring she would eventually see some product in the wild. Not only did she find a small amount of product, it turned out her Target was a steady, legal supplier of nostalgia. She eventually accumulated nine pure, uncut SNES Classics which I would then have to petition her son for in a bidding war against other nostalgia-heads that resulted in a package wrapped in nondescript brown paper being delivered to my home.

While my story may sound like a lurid scandal, I assure you the high I’m currently riding is absolutely incredible and worth every legally dubious move I made. In this new heightened state, I’ve been able to return to the OG MarioKart and finally understand its physics and mechanics. The sequel to StarFox that was long unavailable in America has opened my mind to what is possible in 16-bits. And Mario RPG combined with this nostalgia-haze has allowed me to escape this mortal realm and inhabit the body and mind of a truly Super man (though it also occurs to my adult mind that perhaps he’s known as Super Mario because he’s essentially a landlord). 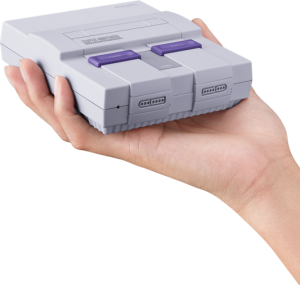 If 2017 has got you down, do yourself a favor and do whatever it takes to find an SNES Classic and break edge with the highest quality nostalgia-buzz ever available. It’s a simple, elegant product that works spectacularly and even feels like your childhood when you hold it in your hand. The added feature of multiple save-states per game, outside of the in-game method of saving makes it possible to binge this high and chase the dragon well into the next decade if you simply can’t handle, oh I don’t know, just as an example, the state of the entire world right now.

Take it from me, a recently relapsed nostalgia addict – the SNES Classic is the PERFECT gift for every middle-aged lowlife you’re forced to buy a gift for this holiday season.