Thanks for taking some time out to talk to our readers, Dominik. Let’s dive right in. Your new film is available now on VOD. Tell the folks reading this a bit about it.

First of all, thanks for your interest in small indie films like The Hitman Agency! The movie is an independent action thriller about the confrontation of age and youth, experience and strength but also the question if you’re able to make a good life decision if everything you know is a lie. Set in the world of contractual assassinations you’re about to watch an intimate, self-financed movie with twists and turns, shot completely in the middle of Germany.

This is your directorial debut. Was directing always one of your major aspirations?

I considered myself a storyteller even from a very young age on. As a kid that meant to become an actor but eventually I ended up being a writer. When I made my first steps in the movie business I realized that the best way to protect your vision as a storyteller might be to also direct it. Even if I fail to meet my own expectations the writer-me has no one else to blame than my director-me. Also; I grew up with guys like Robert Rodriguez and Kevin Smith, game-changing indie filmmakers. And they did it all themselves and you could see and feel that in every frame. That’s what I was searching for going in.

On this one, you got to work with one of my favorite martial artists, Don “The Dragon” Wilson. Tell us about Don, the rest of the cast, and how that all came together.

Casting this movie was a very challenging experience due to many factors like heavy schedule changes, very little pre-production time and lack of a bigger budget. And I’m not even starting on things like acting in a foreign language here. Even if you embrace having accents in the movie that is set in Europe. It’s like searching LA for an American actor who’s supposed to speak fluent German- and needs to be available and fit the part.

Working with Don Wilson was a treat. We had very little time, I had to come up with a whole new scenario like two days before we shot it, it was late at night, we also had to come up with a fight choreography on the spot; and yet Don was so collaborative, engaging and he made sure we got everything we needed even as we started to think it’s impossible because our time window was closing. I think he’s underrated as an actor. Maybe because of some of his early works, I don’t know. But if you think about a whole movie starring him on the level he delivered his special appearance in The Hitman Agency that’s something I totally would watch. And make.

For the other roles I brought back a few actors I really liked working with on Atomic Eden, the movie I co-wrote and co-produced before. I had a very good scene with Wolfgang Riehm there and couldn’t help but smile writing a part for him in The Hitman Agency where he’s threatening an assassin while sitting on his bed wearing red pajamas. Carolina Rath I’ve worked on multiple projects before so I had her in mind writing the femme fatale as well. But most importantly there’s Everett Ray Aponte, who is a scene stealer in em>Atomic Eden and when the original German actor couldn’t make it I asked Everett if he’d fly in from the States to star in my movie.

Last not least we need to talk about Erik Hansen as grizzled veteran hitman Joseph. That role was originally supposed to be played by another actor as well. When he couldn’t make it, I had to find another lead less than two week before principal photography. At the eleventh hour I got introduced to Erik through a common friend and he agreed to do it. If I had any doubts regarding the project all I needed was to look at the monitor when we shot his first scenes in character and I knew we had something. The chemistry between Erik and Everett is the blood pumping heart of this movie. 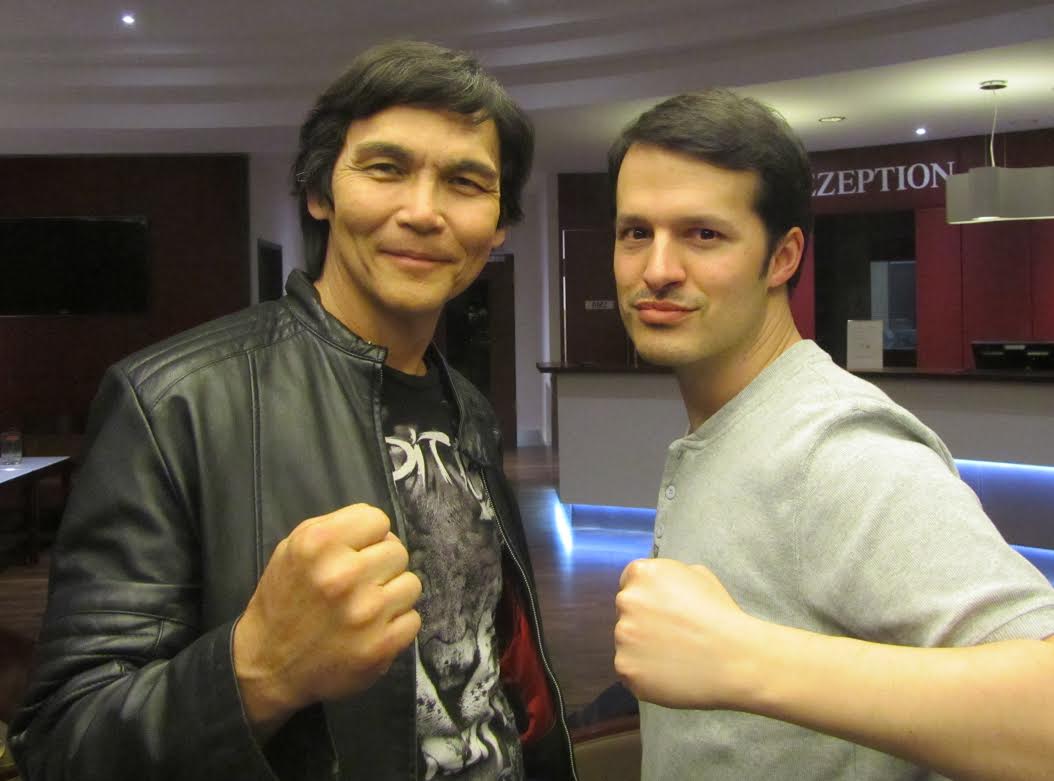 First, I’m happy to report that all the mentioned guys really lived up to my expectations. Working weeks with Fred Williamson was a game changer for me for sure and we already touched on the fact that I’d love to explore a whole feature with Don. The biggest surprise probably was Lorenzo Lamas. Even though it was a very brief experience I had no specific expectations. I was familiar with his work and thought he might fit the part so I suggested him to Nico Sentner, the director of Atomic Eden. But when the performances burst out of Lorenzo you could feel how everybody in the room was blown away.

Ultimately, I think it’s our responsibility as filmmakers to get those performances out of those actors and up on screen. I’m sure most of them would love to sink their teeth into a character that’s unique and interesting and I think that translates directly to the audience that will get a unique and interesting performance out of it. That to me is one of the most exciting parts in making especially action movies and thrillers; giving those actors we grew up on a canvas to show what they’re capable of. I mean wouldn’t we all love to see a well written new Thomas Ian Griffith film?

Back to this film, you were also the writer on this one. How’d this story come about for you?

It spawned off my love for character actors and the lack of good parts for them, even in most indie films. When I combined that with the limited resources I had to deal with on my debut film I ended up with an older guy and a younger guy trapped in a room. That really was the starting point. Two hitmen in a room- go! Very soon I ended up with a universe that I had to dial back a bit because that would’ve been more of a mini-series or a film trilogy.

Of the roles you’ve had in film – actor, writer, director, producer – which do you find most fulfilling? Should we expect to see more of each or is there one where you think you’ll focus most?

It all comes back to storytelling. As the writer, I create a story I’m interested in telling and, as a director, I protect and build that vision, bring it to life. Being a producer, came totally by accident. The irony is that I was never interested in being a producer, but it comes to me naturally, so I got to do some producing on projects by other artists as well.

Acting is just fun, but I’d love to focus on acting in films where I don’t have to think about the next day’s schedule while blocking the scene and still thinking about my performance. Eastwood and Stallone do that effectively, but they have a few decades more experience, routine and an army of assistants.

Before we wrap up, let’s talk about the film a bit more. If you had to give a 2-3 sentence elevator pitch about why folks should see it, what would that pitch be?

If you’re looking for technical perfection filled with big production value and a frugal, predictable story this movie isn’t for you. But if you’re tired of watching the same kinds of movies repeatedly, ready to give an ambitious micro budget European movie about competing hitman a shot that’s filled with flashbacks and twists while being decorated with martial arts and the exploration of some things you normally don’t see in that kind of movie The Hitman Agency might be right up your alley. You’d laugh about our budget, but I’m convinced you can see the passion and the effort behind the project. 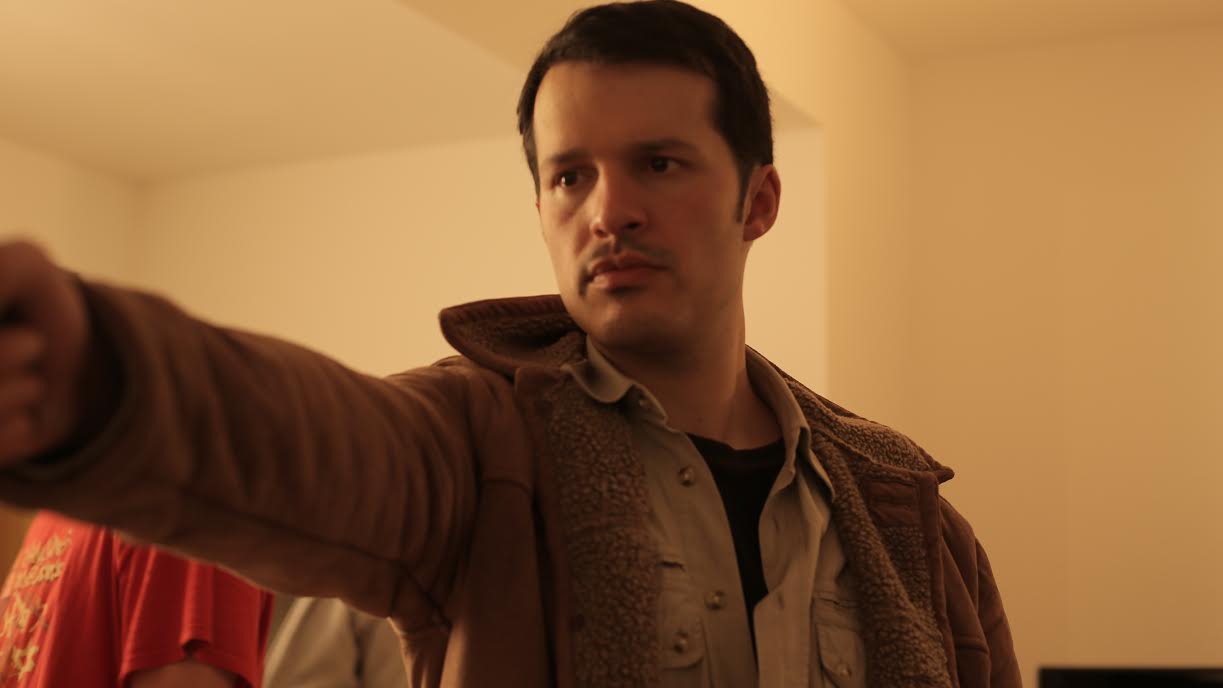 How can folks see it?

Right now, it’s available exclusively on Amazon.com for rent or buy. We’re also working on other VOD platforms and I’d love to see a physical version as well. Not that there’re many fans of physical copies left but I’m one of them and have rooms filled DVDs and Blu-rays.

Awesome. I can’t wait to see what you’ll have in store for us next. How can we follow you and what you’re up to?

I’m easy to find on Facebook, Twitter and Instagram under my name and I love interacting with fans and fellow cinephiles there. There’s also an official Facebook page for The Hitman Agency where we’ll publish all the news around the movie.

I worked on some projects by fellow filmmakers. Among them is the new action comedy Jack Walker with fight choreographies by German martial arts legend Mike Möller. He’s a force of nature and I’m pretty sure his new fights will impress and excite the action community. A very unique horror film is supposed to follow early next year.

The last months I was waiting for a bigger project to come together but these things take a lot of time and because I’m not the most patient guy I simply stopped waiting for that and jumped in production on my second feature as a writer/director. It’s a female driven genre film mix with roots in a very specific thriller sub genre. There will be tension, fun, a dash of action and a slice of genre-bending and I’m really excited for that. The other projects will still be there when I’m done but I have to follow my passion and just shoot this new movie.

Thanks again, any last thoughts before we go?

I could go on with funny anecdotes or my insignificant opinion of the state of movies but instead I hope we made some readers curious and if they’ve checked out the movie just shoot me your questions via social media and I’d love to see all of you follow me on the journey to my second movie because no matter how hard it is to make a first movie it’s almost harder to make a second one.

But to quote the late Sir Carol Reed:

“When you’re finally done with a film, and there’s nothing left to do, it’s like falling out of love. Making a film is all work and worry, fear and panic. Not making a film is worse.”