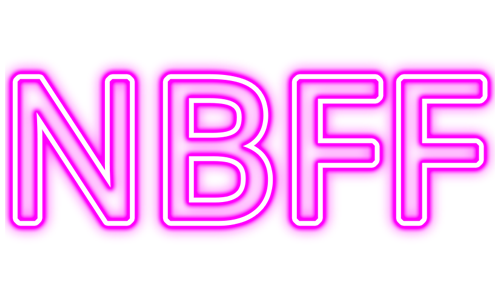 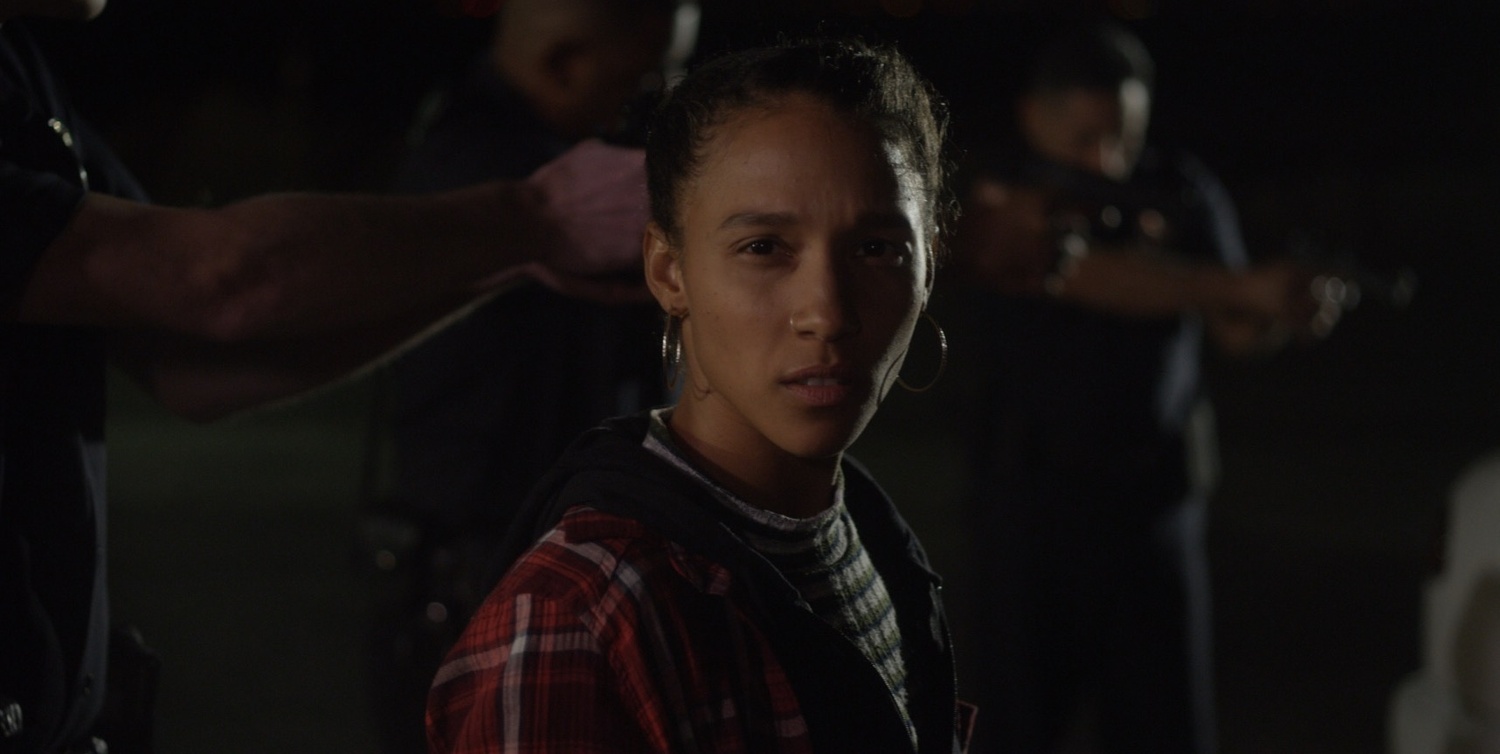 Inspired by the real life slaying of LA teen Tyisha Miller. As well as being an adaption of the Rickerby Hinds’s stage play, The Dreamscape. The story unfolds in Myeisha’s mind as she is involved in a police shooting while sleeping in a car and attempts to come to terms with the events.

Director Gus Krieger uses every arrow in his quiver to relate a story in the most visually stimulating way possible. The film features dynamic performances that allow the performers to jump from piece to piece creating a larger collage of a life, helmed by Rhaechyl Walker as Myeisha. The film employs hip-hop, spoken-word, and dance to create something that is wholly unique and starkly powerful.

In all honesty, this could have very easily been quit unwatchable. There’s nothing so cringe inducing as that dastardly phrase “spoken-word”. It instantly brings me back to watching irritating teenagers rant against their parents at a local coffee shop. Sitting to watch this at 2 o’clock on a Saturday I had to find a reserve of courage to press play. As it began, perched like a vulture on the edge of my chair, pen ready to ridicule the ridiculously self-indulgent nature of performance poetry. Not ten minutes in, surprised at the film’s humanity and grace, I put the indignant pen down, sat back in the chair like a human and not a scavenging bird and genuinely enjoyed it. 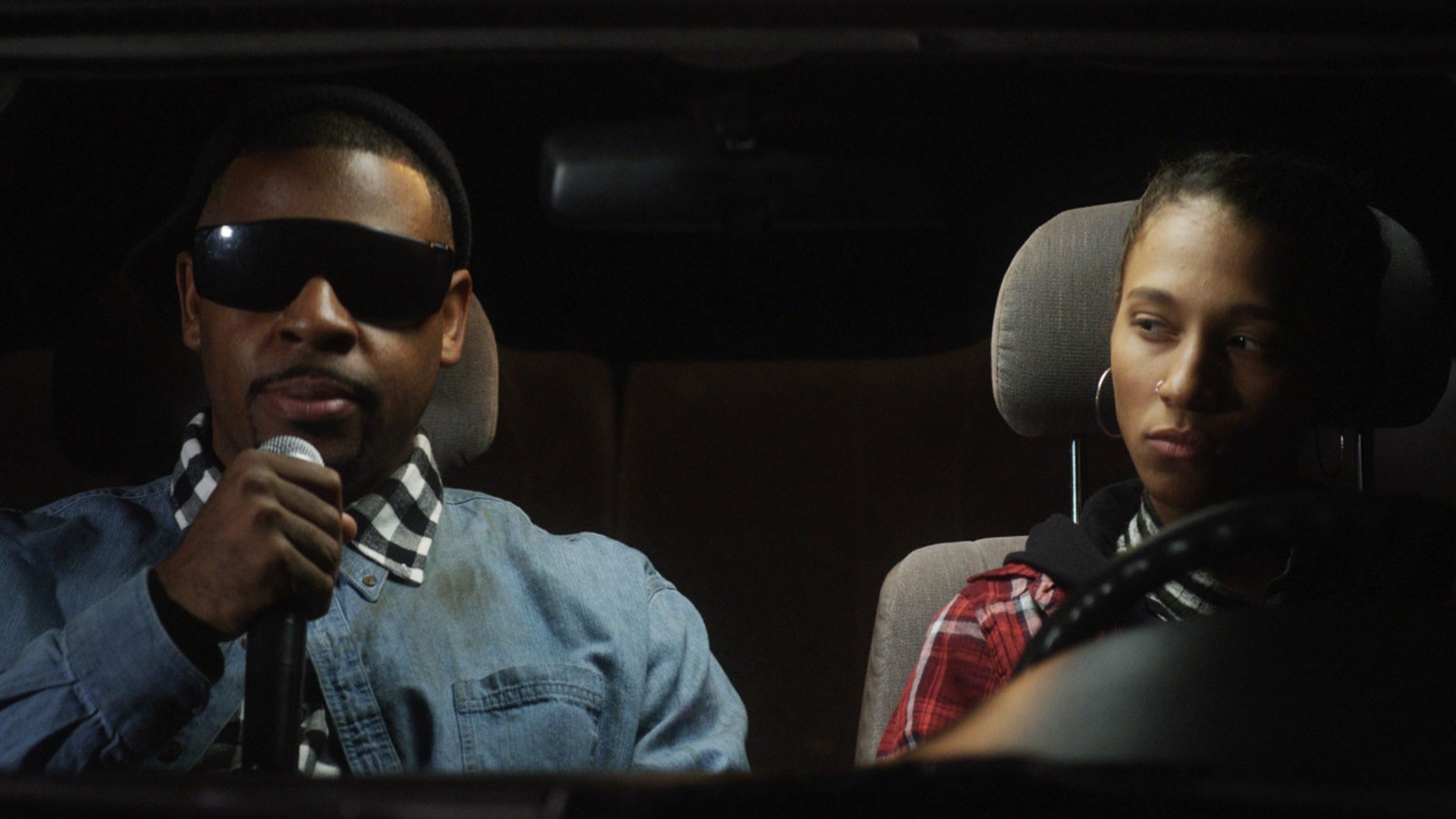 Much of that enjoyment is derived not because this is the story a life cut too short because of police violence but of the ability to reflect on a life that though small, contained great importance. I’m not going to lecture on police brutality in America, I’m a straight white man, and very handsome I should also mention. Any preaching about police hypocrisy will only fall on the deaf ears of a country that is frankly exhausted from the systematic racial intolerance of a group sworn to protect all of us.

For a film that so entirely relies on the character’s performances, this is where Myeisha truly succeeds. Rhaechyl Walker has earnest vulnerability to draw the viewer in, her cadence is driving and assured. Combined with the quick editing it feels like a single performance, she’s walking with the audience to personally take them to the next piece. She’s humble, there’s no need for blaming the police but engaging in a questioning nature as to her value. Rickerby Hinds acts as her better nature and executor, not only is he the mastermind behind the piece but its beatboxing ghost of things to come.

It only makes sense the largest portion of the film is devoted to the singularly reality shattering moment of brutality. Krieger and Hinds make sure not to sensationalize the violence instead he uses his statement to make Myeisha a three dimensional character. These flourishes make the reality of her death all the more impactful.

I think the big fear here is that the films presentation will drive away less discerning viewers. It is more of a performance art piece then a typical film, not even comparable to the style of dreaded American musicals. It’s in its uniqueness and humanity I felt the most joy. Yes, it’s a sad and terrible thing that happened, but it’s the celebration of life contained, our ability to make these artistic statements that remind us as humans there’s still something to be fought for. There’s also a dance number to Montell Jordan’s “This Is How We Do It”, it would be criminal for me not to recommend this on that fact alone.