TRIGGER WARNING: I want to offer a trigger warning that discussion of self-harm and self-mutilation will be dealt with in the review as graphic depictions of both are presented in an unflinching way including a sequence showing genital mutilation. If this turns you off, click off this review and avoid the film in question. If you deal with the issue of self-harm, please seek professorial help now! There are better ways to deal with life’s issues and stopping now will save your body from future problems. Trust me, I speak from experience on this matter with many scars to prove it.

Haunted by the death of his father and other events of a traumatic events Daniel returns to his childhood home to face the emotional and physical scars caused by years of self abuse and self harm as depicted on his body. He begins a ritual of self enlightenment by invoking the Goddess Ishtar to help him find illumination through self mutilation using a few crude instruments and three white candles.

Once in a while a film will come a long to challenge everything I know about being a fan of gory films, Sacrifice is such as film even if it has a short running time, you will feel drained after watching it as I did. Daniel’s journey is not an easy one, even if just part of the destitution he set up in his head after years of mental trauma that built up. One thing that works for this film is that there is not much spoken dialogue, but we are treated to a voice over that explains what is going on in his head as he goes through his ritual. He also documents what he is doing by snapping pictures to upload to his social media and joking about how many likes he could get. His only other breaks in the self-inflicted violence are when he stops to smoke a cigarette or stops to think of which instrument to use next in this ritual.

After finishing the film, I had to reflect on it for a while before I started writing this review. Drawing on my experience as a self-harmer, I tried to look at the why Daniel was doing this. The answer is simple: he is looking for an easy way out of the pain he carried for all those years and he wasn’t thinking of the overall consequences of his actions until it was too late and he was too far gone to reverse his actions. 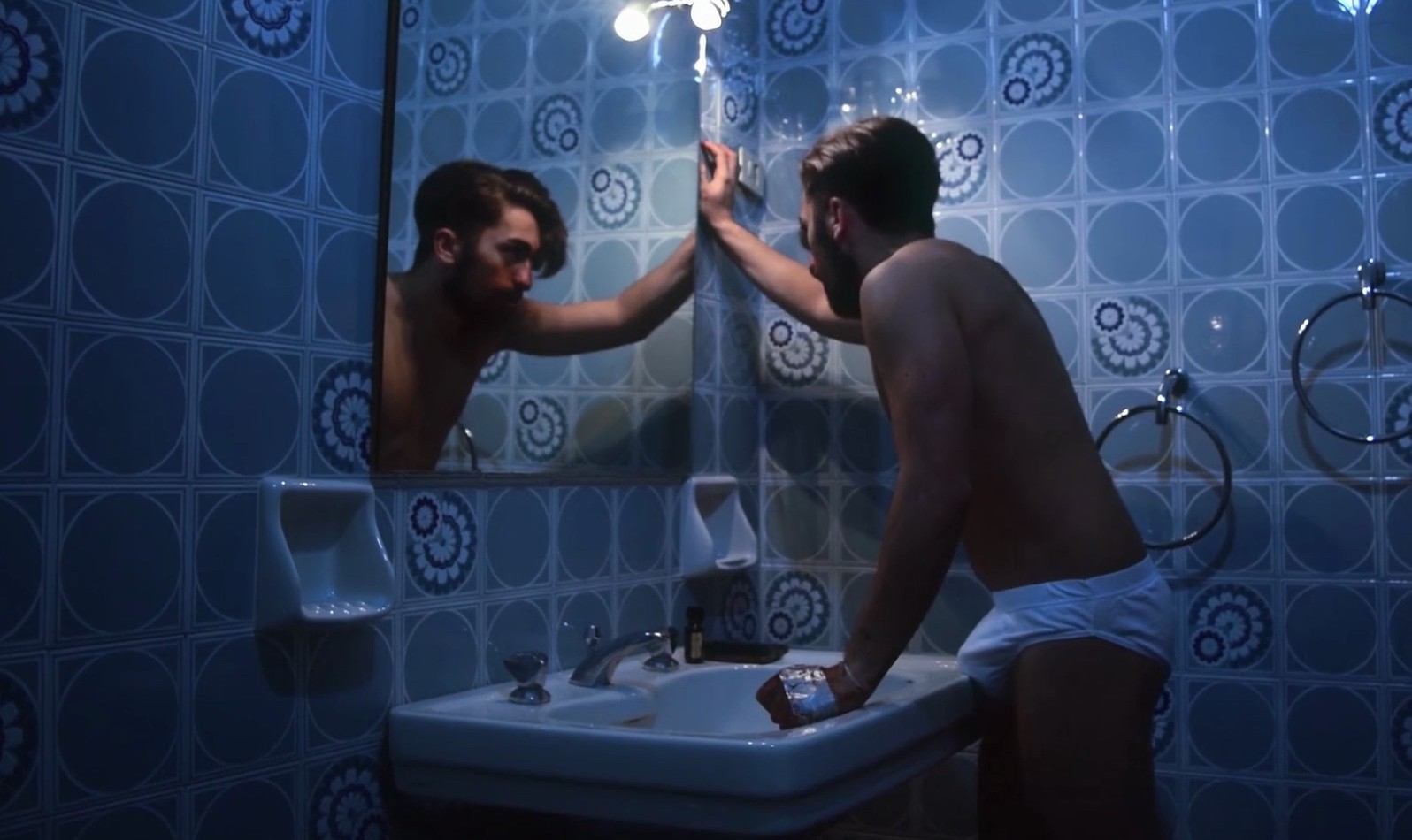 A movie like this is an example of why I am a personal fan of the AGP series just like I am a fan of the original 1980s Japanese Guinea Pig series that floated around on VHS tapes found in the dark corners of the local mom and pop video stores horror section. Kudos to Unearthed Films for having the vision and passion to bring these dark and gory tales to the masses in an uncensored form as the way the artists behind these films intended. It’s more than gore for the sake of gore, its gore with a higher purpose when you dig deeper than the blood splashes.