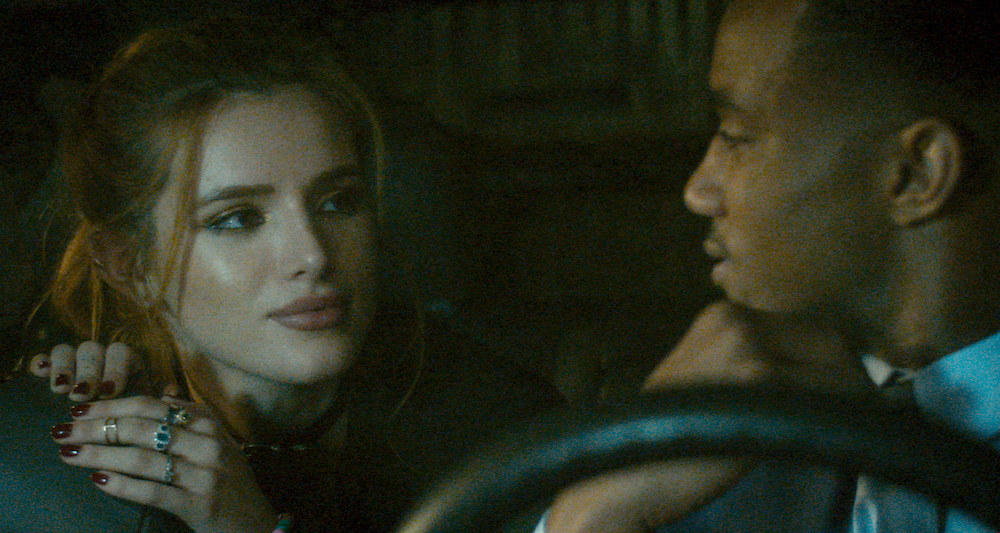 There is no shortage of one word titles out there. There are great ones like Drive or Dredd, but most are throwaway titles seeminglydesigned for Redbox or the graveyards of Walmart. So when I get these types of movies in the mail, I lack the enthusiasm to drop everything and give it a chance. These generic, one word titles quickly get moved down my queue until I finally make my way down to them. Ride was no exception, but there was something different about this one, it wasn’t just some throwaway movie. Ride was a solid viewing that could stand on its own in this current state of VOD and streaming. Ride is a movie that fully understands that it is going to be viewed in people’s homes and plays heavily to that aesthetic. While it occasionally feels like television, it stands on its own and proves itself to be more than another bargain bin thriller.

Ride is a cautionary tale aimed at a technology-obsessed society. When James, a Lyft driver, and his passenger, Jessica, pick up the charismatic but manipulative Bruno, a normal night out in LA becomes a psychological war for survival.

The description is a familiar one, but swaps wonky action for solid acting and writing. Will Brill kills it as a sociopath and alternates brilliantly between friend and foe, giving way to some truly great moments. All of the dialogue feels natural, making the long driving scenes entertaining and writer/director Jeremy Unger sufficiently hides the modest budget by making us forget that we are just cruising around with a couple of guys. It was also great to see Bella Thorne play against type and show a much warmer side than she has in other projects. She is an actress that I have been waiting to see do something new, because I have always felt that she can do a lot more than her usual sexy, bitchy schtick.

What doesn’t work is how the film comes together in the third act. Unger does such a good job of building a sense of intimacy between these three characters, so everything culminates into something way more generic than I had hoped for. It may sound weird but a little violence goes a long way and this movie is missing that. But overall, this is a solid watch that I enjoyed and hope viewers give it a solid chance.

Ride is available starting today on DVD, VOD, and in select theaters.