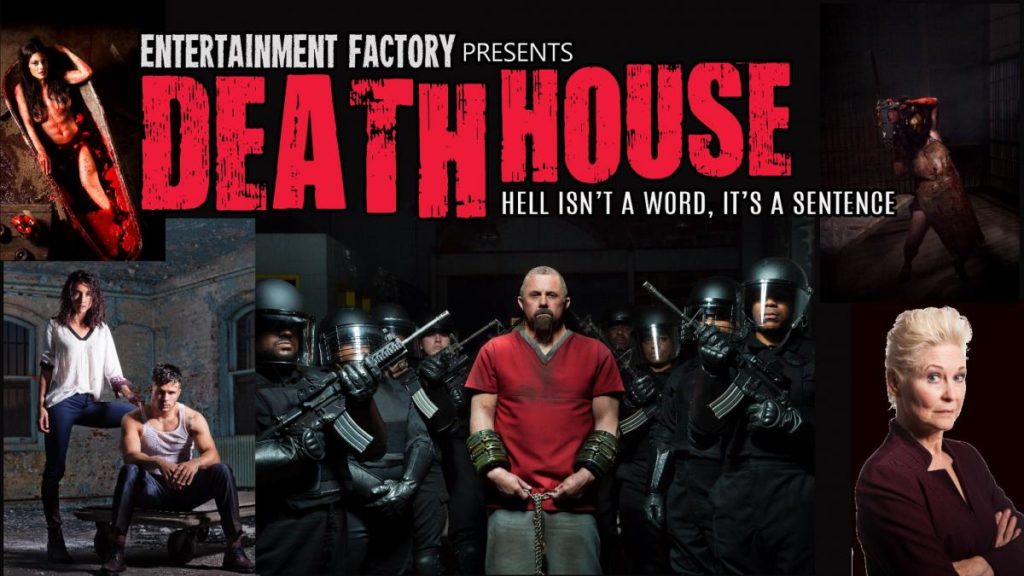 Two special agents are on a tour of a secret super-max prison, when the power goes out and it all hits the fan in Harrison Smith’s Death House. Based on an idea by the late Gunnar Hanson, genre fans have been eagerly waiting for this film for quite a few years. Was the wait worth it?

Often dubbed the “Expendables of Horror”, Harrison Smith’s Death House sure does contain a lot of horror favorites… That much is true. But their utilization could’ve been so much more effective. Although genre icons such as Kane Hodder, Dee Wallace, and Barbara Crampton are featured prominently (for better or worse); greats such as Bill Moseley, Michael Berryman, and Danny Trejo seem like they were part of this film to pay off a debt. One shining cameo is that of Sid Haig, though admittedly, I can watch this man read stereo instructions.

The special effects are truly a mixed bag of fun practical gore and some awful “Really? Seriously?” type digital effects, that at times seems on par with early 2000’s SyFy channel films.

I might’ve dug the story, had it decided on what it was going to be. On one hand a prison exploitation film, or maybe, a slasher film? No wait a techno punk sci-fi film? Nah, maybe a philosophical morality tale.

Whatever it was, I watched it and served my sentence.