On Tuesday night, the legendary Joe Bob Briggs will grace the stage of Chicago’s Music Box Theater, as a key guest for this year’s Cinepocalypse Film Festival. Our own Blaine McLaren was lucky enough to speak to Joe Bob about the upcoming show and there should be an upcoming bonus podcast with the audio in the coming weeks. However, we’d be remiss if we were to not plug the event and talk a bit about the film world’s favorite redneck and genre historian.

I used to only do this show down South, but I have been bringing “rednecks” up North lately. I mean, I have to explain some of the expression, but they get it.

Joe Bob explains his show and the audience reception as being quite positive – adding, “Everybody’s got rednecks.” Anyone who hasn’t seen the great Mr. Briggs speak before is in for a treat when they do. He’s full of knowledge, anecdotes, and funny quips. He brings a unique blend of information and entertainment to the stage. Those watching his new show on Shudder or who have watched his old shows on TV know his style. Imagine that with a live crowd and a powerful energy. 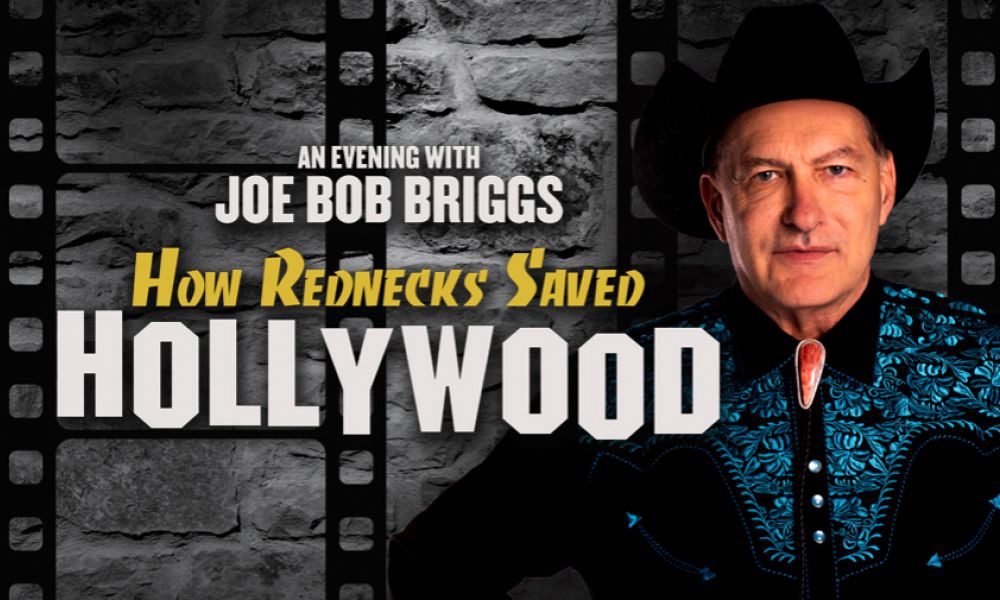 His style is a unifying presence across different groups, too, it seems:

The community around The Last Drive In has been amazing. They all get together on Facebook and all get along… viewers from red states and blue states. It’s a beautiful thing!

So, head over to the Music Box on Tuesday night, it’s sure to be a night to remember!