[Editor’s Note: Eric is a guest writer, whom we are excited to have joining us. He writes for Ghastly Grinning, like our lovely Rachael does. You may see him elsewhere on the interwebs from time to time, as well. We hope to convince him to join us more often, but for now we thank him for helping us shed some much deserved attention on this great even at Sleepy Hollow Film Fest. Check out our podcast interview with Jeffrey Combs, too!] 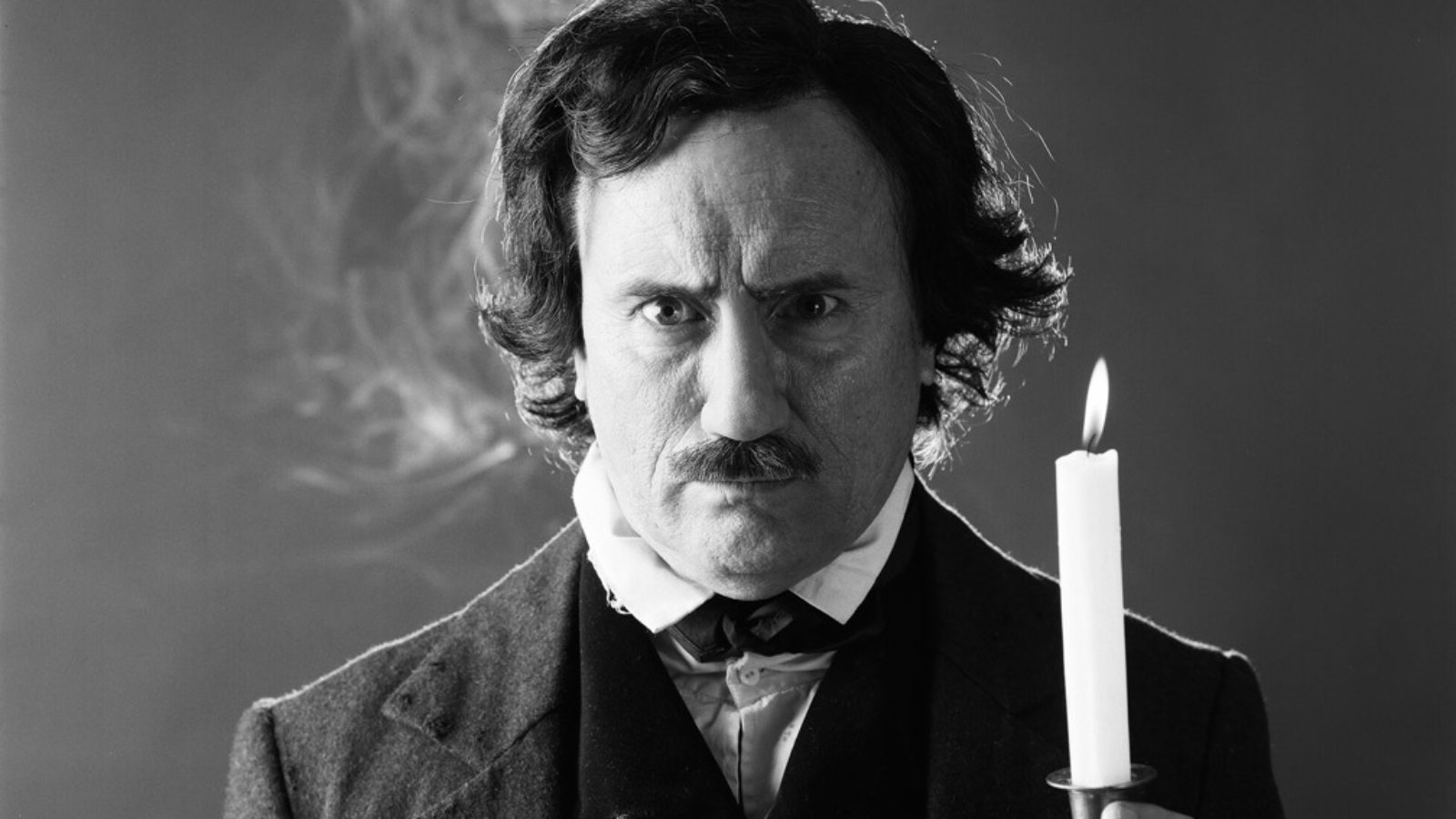 There are instances in a horror fan’s life that end up shaping who they are and the love of the genre they hold dear. Perhaps it’s the first time you watched your favorite horror movie as a child that made you take notice of things you never did before. For others it would be finally meeting your favorite genre actor at a local convention or simply by passing them by in a coffee shop, with that interaction solidifying your opinion of this person and their entire body of work. I have been a horror fan for as long as I can remember. I have met some personal heroes of the genre at various conventions such as Tom Savini and Bruce Campbell. I was lucky enough to see John Carpenter perform his extensive body of work live in concert in New York back in 2016. I got R. Lee Ermey to sign my Frighteners DVD at a Fangoria convention and he even chatted up about how great a person Peter Jackson was on set. However, while I hold each of those instances plus many more dear to my heart, I experienced something on the night of October 12th, 2019 that has simply reshaped my view of what a genre actor can deliver and be capable of delivering. It was transcendent, mesmerizing and honestly one of the best stage performances I have ever witnessed (and I have seen many a Broadway play in my time). This was a show that started out as a four week engagement in LA but was stretched into a six month run and subsequent visits to cities such as Montreal, Boston and Las Vegas, among others. On a breezy but comfortable Saturday in October, I was able to bear witness to the the great actor Jeffrey Combs (From Beyond, Re-Animator, Star Trek Deep Space Nine/Enterprise) perform his one-man performance of Nevermore: An Evening with Edgar Allan Poe in Tarrytown, which is nestled right near the beloved village of Sleepy Hollow, NY.

I honestly had no expectation for what I was walking in to when I sat down in the Tarrytown Music Hall at around 7pm on a crisp Saturday night in October. As the lights dimmed in the theater, the entire music hall became enveloped in darkness. Then, out of the shadows, Edgar Allan Poe (Jeffrey Combs) emerges out from beyond the stage, strikes a match to light the candle he is holding, and begins to speak. Jeffrey Combs effectively channels the energy and spirit of Poe as he begins this 90-minute interaction with the live audience. The basic setup of the play is that Poe is performing in front of a live audience back in 1848, which is a year after the death of his wife Victoria and about a year or so before his untimely death. Poe is there to read some of his greatest poems and stories, all while the trials and tribulations of his life are discussed and develop around these classic readings. Jeffrey Combs’ portrayal of Edgar Allan Poe is nothing short of remarkable. Combs is able to deftly handle the dramatic arcs and emotional rollercoaster moments of Poe’s life visually displayed to the watching audience, all while delivering some truly visceral and visually impressive deliverings of Poe’s most famous works of literature. Whether he turns The Telltale Heart into a black comedy of insanity and madness or, sitting quietly off to the right of the stage, bathed in a single light, reminisces about his late wife Victoria while beautifully evoking the words of his poem Annabel Lee, Combs’ portrayal of this uniquely interesting but ultimately tragic figure is spellbinding. Combs brings heart and sould to every word that is uttered on the stage, showing his seriously wide range of acting abilities, making the audience sit silently and feel compassion in one instance then laughing in droves as he summarily mocks, with great glee, Washington Irving and his “boogity-boogity” Headless Horseman. The stage itself is minimal at best, consisting of a chair, a podium, a small round table, a few books and personal objects (that flask in his jacket pocket is a focal point of the performance), and the massive talent of Jeffrey Combs himself.

As we draw near the end of the show, and the life of Poe and all of the fallacies of his existence is poured out of his heart and into the world, Combs laces into the final story of the evening, the one that he had promised at the beginning of the evening and was quickly forgotten in the madness of the events that transpire, The Raven. He doesn’t disappoint in his retelling of this classic and probably Poe’s most famous work of fiction. The audience I was a part of that night simply reveled in this interpretation of “The Raven”, and everyone in the theater was just as energetic and amazed by every other artistic interpretation of Poe’s material that Combs invoked. Finally, as the lights of the house drew dark again and we are left with the same burning candle that he lit at the beginning of the performance, he leaves us with the most beautiful and haunting words he could muster, “is all that we see or seem but a dream within a dream?”. Then he blows out the candle. A magical and powerful end to a masterful performance. 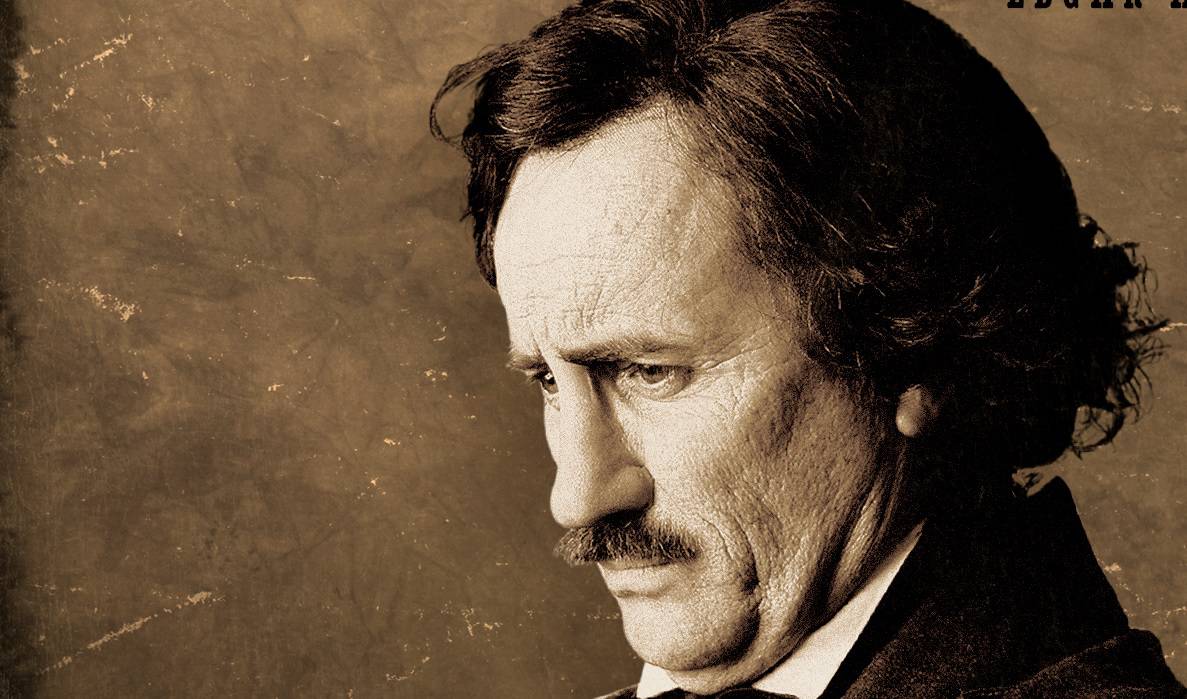 Jeffrey Combs’s one man performance of Nevermore: An Evening with Edgar Allan Poe is something that needs to be witnessed by not only horror fans, but anyone who has an appreciation for live theatre and a love for great acting and a masterful command of everyone’s attention. Jeffrey Combs has officially landed in my book as one of the best actors I have ever seen in my entire life. I always found it to be complete bullshit when critics and people who aren’t into the horror genre as much classify such people as Jeffrey Combs and Barbara Crampton “genre actors”, people that are not to be taken as seriously as the Tom Hankses and Meryl Streeps of the world. I dare these people to spend 90 minutes with an actor, who is mostly known for his horror and sci-fi work, and try and tell me that he is not as impressive as the most celebrated Oscar winning performers. We’d have a fight on our hands, but I digress. If you happen to get the rare chance to catch this performance (this was a one night only show for the Sleepy Hollow International Film Festival, with no further foreseeable performances scheduled), I implore you, don’t hesitate to purchase a ticket. Horror fans will find an all new appreciation for a hero of the horror world, while non-horror fans will find a commanding and chameleon-like performance of an esteemed, established character actor.