[Editor’s Note: Welcome aboard to Patrick Hartman: avid film buff, big music fan, screenwriter, and Rachael’s other half. Glad to have you here!]

…Donnie Yen’s Ip Man says to an American school teacher during a short admissions interview. Yes, Mr. Yen, we know. And for those of us who have been paying attention, Donnie Yen’s latest film as the iconic Ip Man (the man who trained the most famous screen martial artist of all-time, Bruce Lee) brings a close to the franchise that has spanned 4 films and 12 years, all of which culminates with this. Having briefly glanced at my Letterboxd account, it tells me I saw the first Ip Man movie in May of 2016, but it feels like a film that’s been a part of my life for far longer than that. Yes, I grew up watching Jackie Chan movies, thanks largely to being a movie-obsessed child of the 90s, and yet despite this, I never bothered to explore the countless other actors doing the same thing. This was until I saw Ip Man for the first time, where I finally realized what it was that people saw in these movies. Their mixture of dance, melodrama and historical contextualizing was eye opening to say the least. I let my Obsessive Compulsivity run loose at this time, devouring dozens of movies and books about the subject in its wake, and to this very day when someone asks about my favorite “action films” it’s without hesitation I begin to ramble on about Chinese action cinema and its influence on American directors. From The Matrix to the Bourne franchise, a torch which is now being carried admirably by the John Wick’s of the world, every one of them could not exist without China’s contributions to action cinema. It goes without saying then that every great American action film of the last 30 years has been largely thanks to Chinese filmmakers like Tsui Hark, Ringo Lam, and John Woo.

Ip Man 4 picks up after the conclusion of Ip Man 3, where *spoilers ahead for the previous films* Ip’s wife has passed away from brain cancer. Early on in the story we learn that Ip has also been diagnosed with lung cancer, the diagnosis of which is terminal. Still teaching martial arts in Hong Kong, Ip’s son gets himself in trouble at school and is expelled for fighting. Around this time, Ip is asked to visit San Francisco by his student who is competing in a Kung-Fu tournament. While hesitant at first, still grieving the loss of his wife, Yen’s Ip agrees, using this as an opportunity to not only support his student, but to find his son a school as well. However, trouble arises quickly when the school asks for a referral letter from the Chinese Consolidated Benevolent Association, an organization run by a board of Chinese immigrants, which has been put into place to protect the rights of these Chinese Americans citizens. 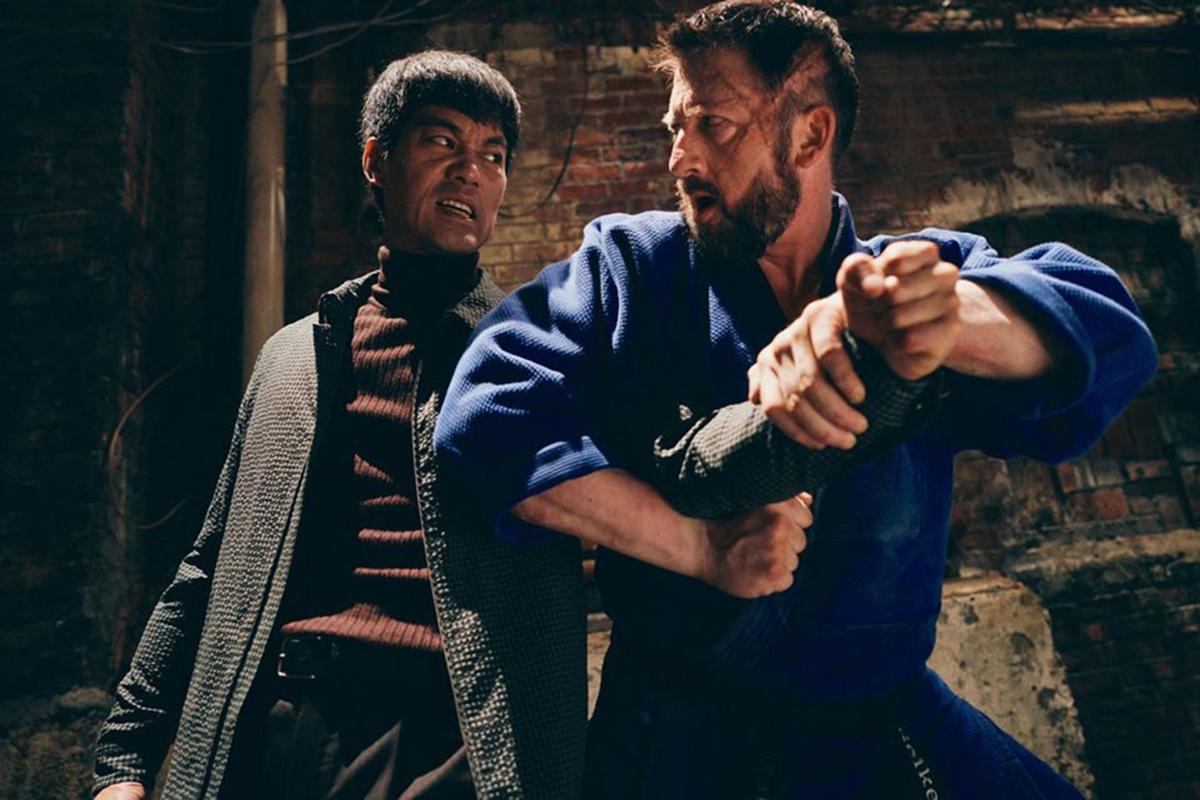 While leaving the school, Ip watches as a young Chinese girl is viciously attacked by a group of white students. He stops the bullying in typical Ip Man fashion and escorts the young girl back home where she introduces Yen to her father, the head of the very board he needs the referral letter from. Things become further complicated when the young girl’s father does not trust Ip and accuses him of using his daughter to get the referral he needs to enroll his son in school. The two of them fight, but are stopped before a winner can be determined. Yen also crosses paths with a hateful Marine staff-sergeant played by the always watchable Scott Adkins, who does not believe in Eastern martial arts and thinks Chinese Kung-Fu is not only impractical but weak as well. Things escalate from there, as Ip must not only find a way to gain the trust of the CCBA, but also put an end to the racism that runs rampant in the Bay Area during this time.

Like I mentioned above, Ip Man 4 is the final film of the franchise, all of which were directed by Wilson Yip (SPL, Paradox), whose intelligent and intricately staged action sequences, with some help from names like Sammo Hung and Yuen Woo-ping, are as thrilling here as they’ve ever been. You might think, “how can punching and kicking be interesting over 4 movies, haven’t they run out of new ways to show you the same thing?” and yet you’d be wrong. Yip, like his predecessors, blends these action sequences with human moments that allow the action sequences to be thrilling, emotionally satisfying while also helping to advance the story. This is a difficult balancing act to pull off, but Yip and his crew seem up to the challenge. No action sequence here is wasted, all of them building to a very satisfying conclusion to a franchise recognized for its excellent choreography.

While the latest and last film of the franchise doesn’t quite live up to the promise of the first two films, there’s still a lot here to appreciate. It’s also the most emotionally salient film of the franchise, with a conclusion that is at once melancholy and uplifting. I’m not the first to say it, but Ip Man feels like the role Donnie Yen was born to play. The stoic and cool-headed Yen is a perfect match for a man who has dedicated his life to protecting the innocent and teaching his skills to the next generation of martial-artists. The movie also features Scott Adkins in a supporting role as the villain, who for my money, is the king of the straight to video action movie. Seeing the two of them square off makes Ip Man 4 worth the price of admission alone. Danny Yen also turns in a wonderfully charismatic performance as the late Bruce Lee. These films have never been accurate pieces of historical non-fiction, and this latest entry is no different, but no one is going to these movies for a lesson in Chinese history. So, yes, Ip Man 4 might not be the best of the franchise, but it’s a worthy send off for a character that has left an indelible mark on action cinema for years to come and a franchise that I will continue to return to for a long, long time. If you’re a fan of the previous three films, you’ll come to love this fourth and final entry just as much as the first three. 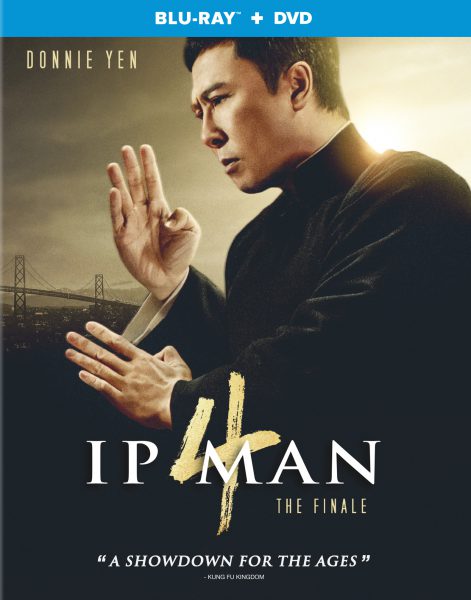 [Editor’s Note: As an avid “dubs” over “subs” guy, I take exception to Patrick’s last comment, but it’s his first review for us over here, so I guess I’ll let it go.]

California Country / Punk Rock Vampire
Patrick was born and raised in California and spent the last decade moving up and down the west coast before settling in Reno. Raised in the mountains, he spent his teens and twenties dwelling in basements, going to punk shows, drinking beer and smoking too many cigarettes. Obsessed with the cinema at an early age, you can currently find him watching Hong Kong action movies, westerns and horror films. A Sundance and Telluride Film Festival regular, Patrick graduated with a degree in screenwriting and now spends his days watching his San Francisco Giants, chugging caffeine, and listening to Nick Cave & The Bad Seeds/Jason Isbell records.