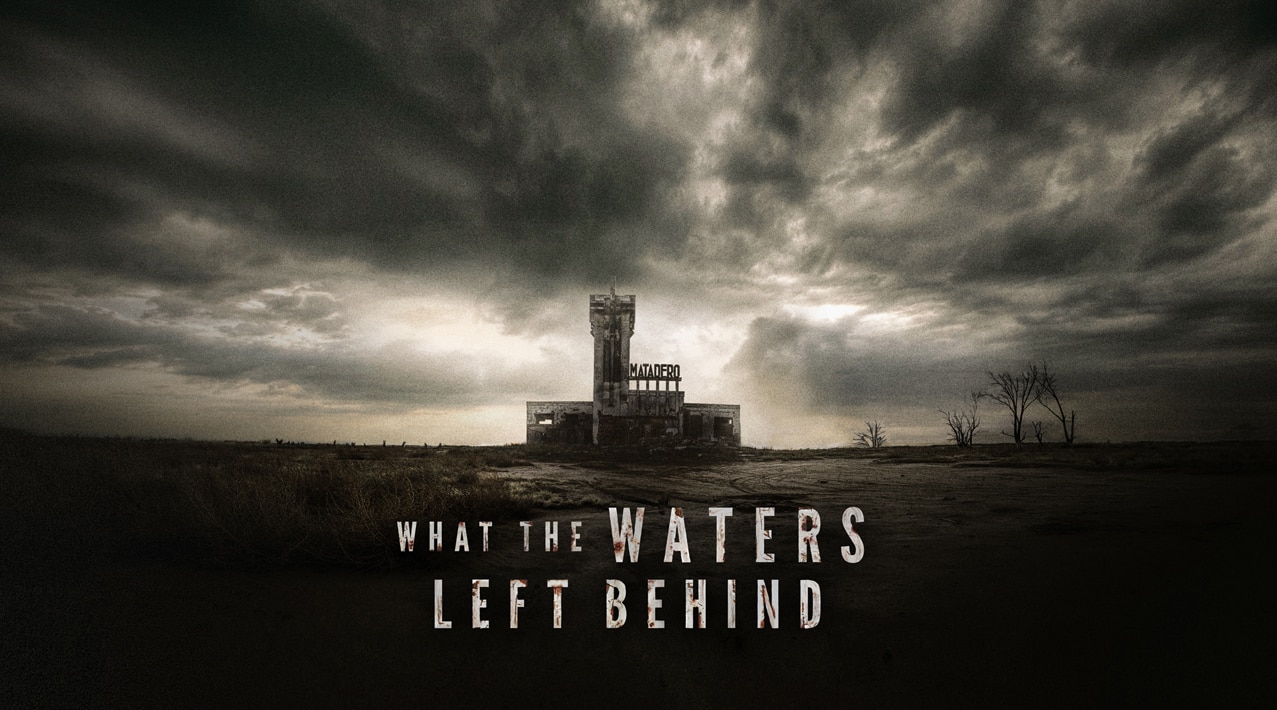 A group of film makers take a trip to some ruins to film a documentary. Left stranded they soon find out they aren’t alone and learn some things are better left alone.

From Unearthed films comes the Argentinian take on The Hills Have Eyes called What the Waters Left Behind, a bloody and nasty film that pays homage to the Craven classic. Our film opens up with our six filmmakers traveling to the city of Epecuen, where back in 1985 it was flooded and thirty years later the waters receded and find the town left intact thanks to the salt in said waters. Soon they are left stranded when the van they are using runs out of gas. They think they are alone but soon find out there is a cannibal family stalking them. What follows is a cat and mouse game of survival.

What I enjoyed most about this movie is how it was shot because the direction was inspired and created lots of dread. The kills were bloody and very nasty. There are also nods to some other great and classic horror films, such as The Texas Chainsaw Massacre with the dinner scene andWrong Turn with the look of the cannibal family looked and the implied inbreeding.

Trust me, this movie will stay with you for awhile to come. There is even a plot twist you won’t see coming and will make you scratch your head. It hits all the major plot points, quenches your bloodlust, and gives you something extra for you viewing pleasure.

For the Onetti brothers (who both co-wrote and directed this film), they have a surefire hit with gorehounds and sickos of all shapes and sizes. Distributed by Unearthed Films, you can easily find this one at your favorite online retailers. As for this diehard fan of all types of genre fare and extreme film, this one comes highly recommended.