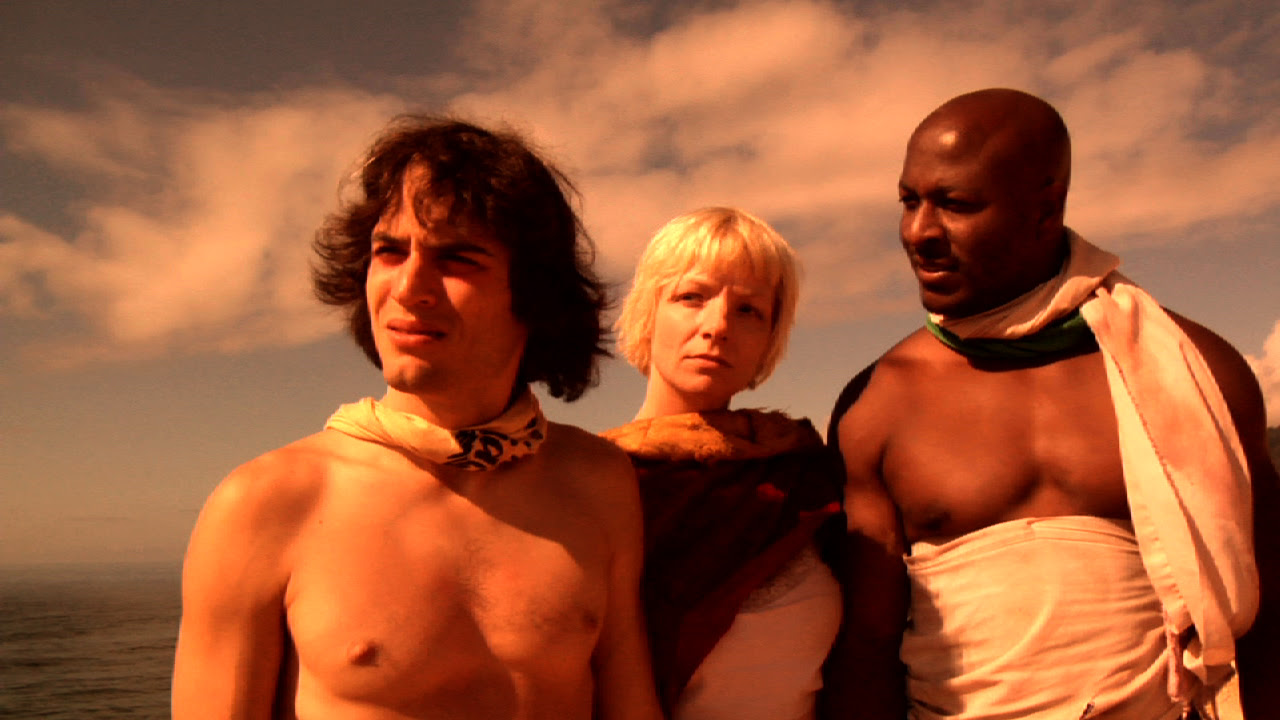 Out now, FREE ON YOUTUBE, post-apocalyptic adventure The Further Adventures of Anse and Bhule in No-Man’s Land marks director Barry Hunt’s debut at the helm. Despite the film’s limited budget, Hunt and company display the skills of the master visionaries of science fiction and fantasy. Receiving high praise from post-apocalyptic film historian and friend of the site, David J. Moore (author of World Gone Wild: A Survivor’s Guide to Post-Apocalyptic Movies), he calls the off-the-radar fantasy film “one of the best the genre has to offer”.

30 years after “The Bustup,” Anse (Garfield Wederburn) and his Seer, Bhule (Daniel Hill) set out on a quest to clean the land of creatures riddled with disease. Along the way they encounter Margarette (Lorraine Bahr), an apparently disease addled woman whom they prepare to kill. When she speaks, Bhule is shocked to realize that this is a person and a female. Her daughter Persephone (Kelly Tallent) rushes in to save her mother from these Clubbers. This encounter permanently transforms Bhule’s understanding of the world and his relationship with Anse.

This isn’t your typical film about the dystopia future. With fantastic and sometime breathtaking cinematography, a unique color palette, and an understated/subdued quality, the film allows the story to be told through showing, rather than excessive expository monologues. Fantastic performances accent the beautiful and picturesque backdrops behind the actors. In short, this is nothing if not a singular experience that rejects being generic in any way.

Check out the trailer below and go watch it yourself for FREE on YouTube.