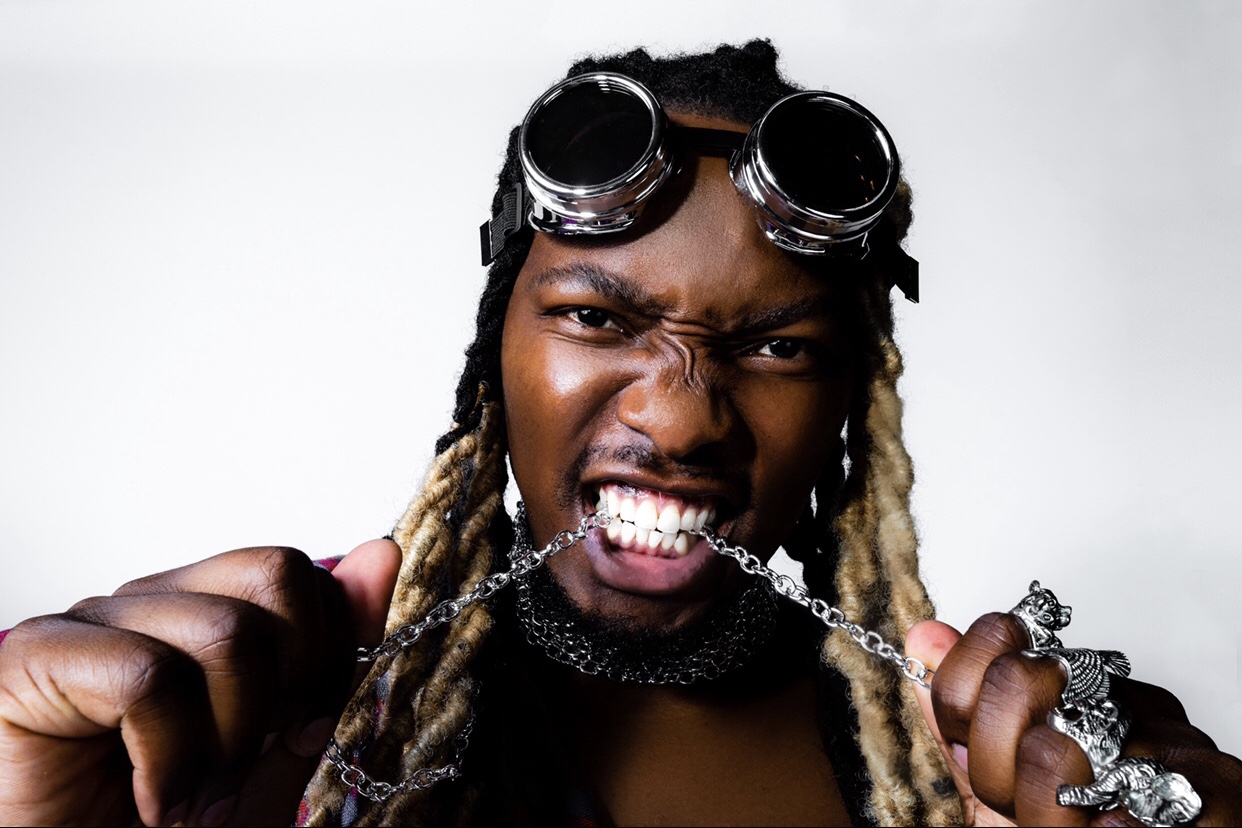 From progressive rock to spoken word to house music to island flow to hip hop, GNL Zamba’s sound is a blend of furious guitars, fire vocals, and danceable beats. Difficult to fit in a single genre box, GNL Zamba is revolutionary music for fans of Flying Lotus, Saul Williams, The Coup, Bad Brains, and a wide array of artists that often fall into the diverse net cast by the term Afropunk. A legend in Uganda, the world needs to catch on to why he’s revered in his home country… and, the time has come because The Spear is sure to turn heads worldwide.

The “King of Lugaflow” and “Godfather” of Ugandan hip hop describes his latest album as “a conversation between Fela Kuti, Malcolm X, Tupac, Jimmy Hendrix, Bob Marley, Mandela, Marcus Garvey, My grandmother, an ancient moor, and Mansa Musa.” He explains:

People are waking up to something. People are longing for more connection, more love, equality and wisdom. Many are realizing now that what you actually need is thriving relationships and community to stay functionally sane. We’re asking: Are we just tools for data mining, or where is this all going? We’re seeking a level of consciousness that improves us as human beings. It’s time to go back to where it all began.

Spitting lyrical fire over a bed of music just as unique, complex, and often ferocious, GNL Zamba has truly released an album that people looking for something deeper and more meaningful are sure to gravitate towards. Tonally the album ebbs and flows with genius level balance, but never does the power behind the music and message wain.

With a flow not unlike one of his childhood icons Eddy Grant, single “Energy” has a reggae-like feel and a chill, positive vibe… while the album starts and ends with songs that Rage Against the Machine and Cypress Hill fans are sure to love. The eponymous, “The Spear”, feels like it could be at home on a recent Childish Gambino album and “Wake the Fuck Up” has an electronic sound not unlike Jilted Generation era Prodigy. In other words, GNL Zamba isn’t a one trick pony, but instead he’s a wild steed that knows world music.

The revolutionary and true humanitarian in my soul can’t help but hang on every note and every word of Uganda’s answer to Public Enemy and Boots Riley while I sing along to “WHO GOT THE POWER” and nod along as GNL Zamba calls for a “love revolution” on “Wake the Fuck Up”. The most powerful release of 2020, don’t sleep on GNL Zamba for another minute. Listen to the full album below and check out more on GNLZamba.com today.

Tags: Afropunk, Energy, GNL Zamba, Hip Hop, Lugaflow, Spear, The Spear, Uganda, Wake the Fuck Up, WHO GOT THE POWER