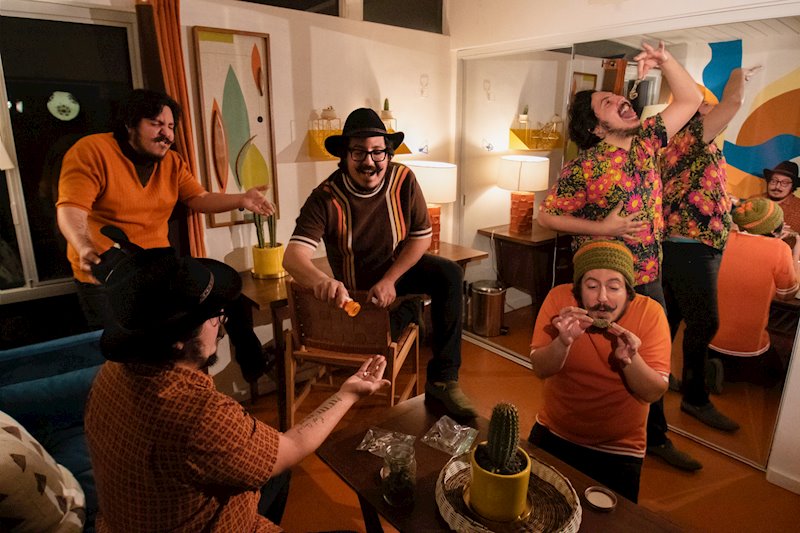 Consummate weirdo, piano jam troubadour, and unique soul, Steven Ramirez is Unfortunately Steven. Along with his band of extremely talented and equally quirky musical geniuses, Steven constructs alternative piano rock not too dissimilar from the likes of Ben Folds, Ben Lee, or several other guys named Ben who listen to a lot of Daniel Johnston. Fortunately for us, Unfortunately Steven blends the best things about 70s singer/songwriters like Billy Joel and Jackson Brown, the music of Hedwig and the Angry Inch, the punk rock attitude and weirdness of Wesley Willis, and the eccentric but melodic beauty of Ben Kweller (as well as aforementioned Bens and other Bens to be named later). Fans of fun, well crafted, alternative pop music with great harmonies and singalong hooks need look no further than the latest release from Steven and company, the appropriately named Groovy Avocado Disco.

Today, we present to you Exhibit A, the music video for the clever, entertaining, and fun-loving music video for “Life’s Too Expensive for Me” from Groovy Avocado Disco. Have a wonderful weekend and enjoy yourself with some help of the offbeat delights of Unfortunately Steven.