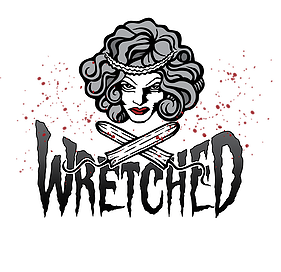 Thanks, as always to our sponsors, Vinegar Syndrome, and all of our loyal listeners!

The badass filmmaker behind the upcoming Troma production Kill Dolly Kill: Dolly Deadly 2 joins us this for our first of a few Women in Horror Month episodes (consequently, the only one that’ll actually post during Women in Horror Month, but who cares because women kick ass in the genre year round, right motherfuckers). She talks about her film, Dolly Deadly, as well as Ana Lily Amirpour’s critically acclaimed debut, A Girl Walks Home Alone at Night.

Throw in a little commercial for Justin’s son’s new podcast, a sneak peak track from Kill Dolly Kill, some great songs from the Dolly Deadly soundtrack, trailers of the two films, and a smattering of Gucci Mane for Blaine… and voila, that’s the podcast! Enjoy the shit outta this one, folks. Heidi is great and the conversation is a good one.

You can locate Heidi and her many projects over at wretchedproductions.com. And feel free to bust on us over at the Twatter at @grindmessiah. See you later this with with our homie Madeleine Koestner to talk about some great indie gems that played her film festival in the last few years!