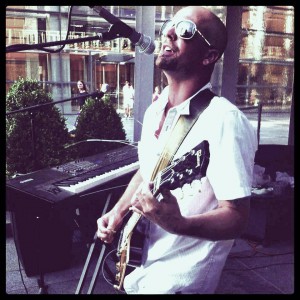 Tonight, I had the privilege to speak with Slot 55 for nearly 20 minutes, only to have my phone crash just moments after they hung up. This happened after I assured Rich, their bassist and producer, that it was working perfectly. Luckily for all parties involved, I took notes after being screwed by technology when I interviewed Oderus of Gwar a couple of months ago.

I’ll step back a few weeks and tell you a little bit about how I learned of Slot 55 and how I quickly learned about how professional and understanding Rich and Phil are. In addition to this page, I write for Rock on Philly (not nearly often enough, for which I apologize to the site’s founder, Jennifer – sorry Jen!). I caught a spotlight on the band on RoP and they intrigued me. When discussing some things with staff over there, I got hooked up with Rich so I could interview him and Phil from the band a few weeks ago. We went back and forth, I cancelled on them twice, then I got the flu, and finally a few days ago, we hooked back up to set up a chance to finally sit down. 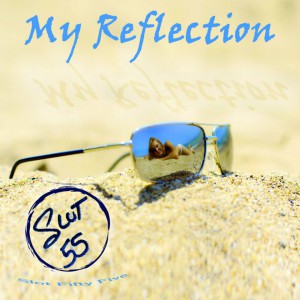 And sit down we did. After exchanging pleasantries, the guys told me a bit about their roles and how the band works. Both having played music for years, they started working together full time as a unit about 2 and a half years ago. Rich credited Phil as the driving force behind all of the primary songwriting and lyrics, also noting that Phil is the best lead guitarist that he’s ever performed with. The band truly consists of the two guys, with strong studio musicians for recording and a talented group of live musicians for live shows. At the moment, the guys are focused on recording their debut full length, which will be entitled My Reflection and is due out in May.

Before you hit the play button, you may be wondering what to expect. Rich said that one fan described their sound most accurately when he called it “a new generation of Classic Rock”. When I asked him more about this, he explained that it’s music for people who love the classics and need something new. Rich described his influences as primarily Classic Rock and Phil expanded that he is most influenced by the guitar work of Jimi Hendrix and some of the 90s grunge era rockers he grew up on.

The sound is something both new and old. Clean, well produced, solid vocals, tight musicianship… it’s for fans of Classic Rock, the rockier side of alternative rock, and the 90s. It’s no surprise that Phil noted that one of his favorite contemporary bands is Pearl Jam, which a sound that harkens back to both grunge and straight ahead rock tunes of

Sell music on Amazon at ReverbNation.com

I had the chance, during our discussion, to talk a little bit about faith and spirituality. What struck me most in this discussion was the focus on love and positivity. Rich didn’t claim a religious affiliation, but explained that caring about people and making a difference in their lives was of utmost importance to him. Phil explained that he was raised in the church and, while he didn’t regularly attend, his faith was important to who he was. They discussed the role of spirituality and positivity in a few of their songs, like “No Name” and “Who Are You?”

It became more evident in each answer and each passing moment that positivity was a huge part of what Slot 55 is about. The songs carry positive message about life and being who you are supposed to be, the band members are people who value life and care about what they do, and there is no doubt that Slot 55 is all about good music, good times, and good vibes.

So, next time you are considering turning on your local Classic Rock station and listening to the same 50 songs on repeat, head over to Slot55.com or fire up their iPhone App. Your ears will thank you.