When the site launched, we had three (there’s still a fourth that was delayed a’comin’) contests. The big one was a remix contests for Mega Ran’s “Losses” featuring Joell Ortiz and Murs. Ran chose the top 4 remixes, but can’t narrow down a winner, so it’s up to you, the readers! 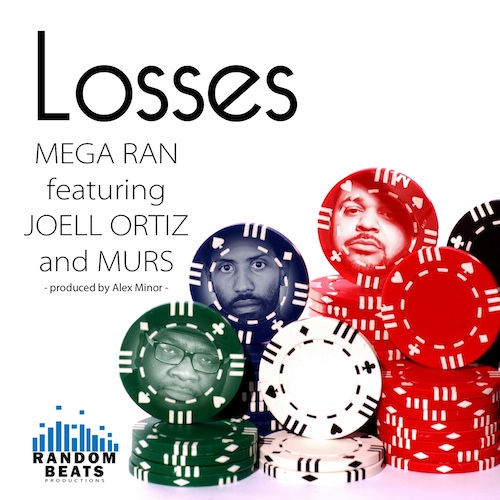 We’re rocking this Final Four style. Round 1 will be up until Tuesday at 9pm EST.

Voting is on the Facebook Page, because it discourages voter hanky panky and only allows one vote per voter.

Good luck to the contestants and enjoy the mixes! See you on Wednesday morning for the Championship matchup!