…or How I Learned to Stop Hating and Love the Prequels 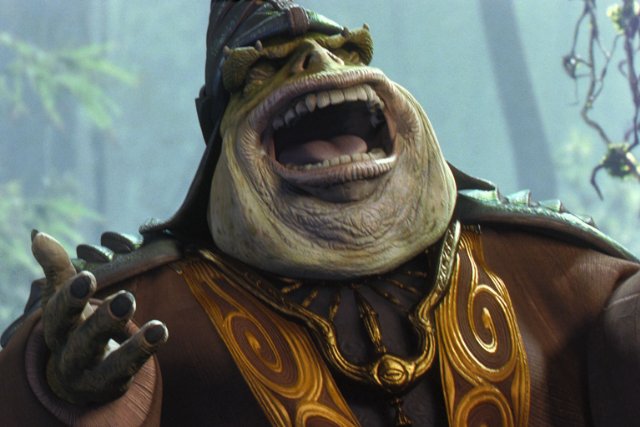 While the world of geekdom, of which I can count myself a part of, has widely panned the Star Wars prequels as utter garbage, I will contest that it’s mostly groupthink and fear of being considered lame. At least half of the prequel haters would admit to enjoying and rewatching them if forced to tell the truth (perhaps by using Jedi mind powers). So, forgive the Kubrick reference in my title and subtitle, but to me it’s not so strange to love the prequels… even if it is strange to find those who admit it freely.

Typically, the biggest complaints is poor dialogue and wooden acting. The first complaint is laughable, seeing as Lucas’s dialogue has never been anything north of mediocre. The latter isn’t much more valid, seeing as Mark Hammill’s performance in the original classic is easily as poor as Christiansen’s in the second and third episodes. Perhaps it’s fair to say that Hammill’s Luke found his footing a bit more in Empire and Christiansen’s Anakin never settled in, but that really feels like splitting hairs. Acting chops and dialogue have never been the bread and butter of the series, so these complaints have very little impact in the grand scheme of things.

The first two episodes are my least favorite, if ranking them in order, but it’s not because I hate them. I simply like the others more. And, as a true blasphemer in the eyes of so-called purists, I rank Revenge of the Sith over Return of the Jedi. Moreover, rewatching all 6 films through the eyes of my 3 and 6 year old sons last year, and watching again recently as they are now 4 and 7, I even feel the magic and growth of a young hero in The Phantom Menace, the only Star Wars film that I used to be willing to rip on any real level.

I think the big mistake made by the haters is comparing the films. Rather, the approach for me has always been to try to incorporate the back story as a way to further explore and understand the world that Lucas began painting in the late 70s. There is no doubt in my mind that I could eviscerate the logic of the prequel hating crowd, but today marks the launch of a new Star Wars film, so it’s simply a day for us all to rejoice and celebrate all that the series is for each of us.

In conclusion, I love all things Star Wars and I believe that most geeks would agree if being honest… but as Yoda would say, “Going to hate, haters are.”