[Editor’s Note: Welcome to the team, Garrett. Thanks for diving right into the deep end with a film that’s not exactly well known… or well made…]

How does one review a movie that was made for no money by a bunch of friends who are clearly having a good time? I find it hard to poop on that, despite the fact that they didn’t make a movie that’s in any way compelling. The movie is basically an anthology film about a guy that collects slimes and tells the story of three different slime’s origin. He also looks like Doctor Strange and acts like he’s an arch character on Mr. Roger’s Neighborhood. It’s unclear if the slimes he has in his possession are the Slimy Little Bastards themselves, or their residue/excrement that he later found on the scene of the stories he tells. This is the least of this movie’s problems. 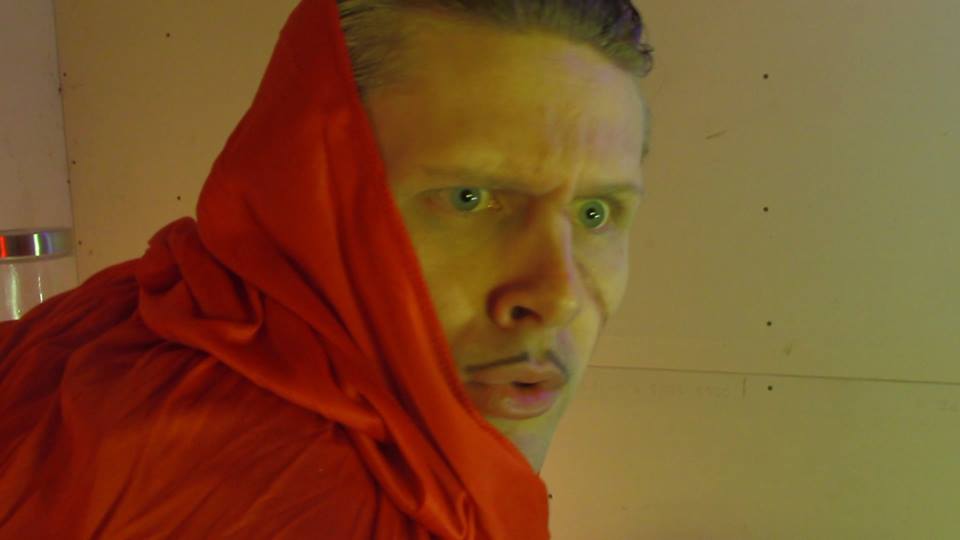 I got excited the first time they introduced a creature (which happens far too late in a movie that’s only an hour long to begin with) because it was practical and simple and could’ve potentially been effective. But then there’s not much to the creatures – they don’t make expressions or even move in any significant way. When I realized it was an anthology film, my interest peaked again, because I like that format and it also meant that just because the first couple segments didn’t do anything for me, the next couple might (they didn’t).

This certainly has all the staples of no-budget filmmaking – bad acting, bad dialogue, no sets. But it doesn’t have the things that can make no-budget movies work – an interesting story, compelling characters, cheap but convincing effects. So rather than playing like a budding filmmaker’s inventive first film, it plays like a D&D group’s home movie. I will say director Dave Parker does seem to have an eye for interesting angles. He certainly overused the dutch angles, but in general he found interesting ways to shoot a lot of his scenes. At the very least they all edited together really nicely – this doesn’t have that haphazard feeling of missing scenes, or just poorly chosen edits and angles that a lot of films like this suffer from. 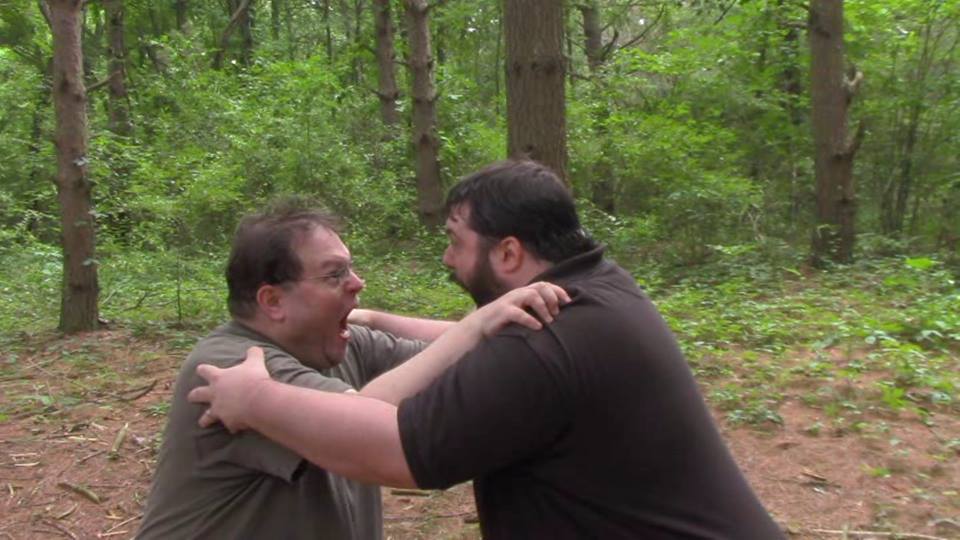 Definitely not my cup of tea, but it looks like these gentlemen enjoyed making their movie, and I certainly hope they’re pleased with the movie they made. Maybe I would recommend it if you’re a D&D nerd that’s thought about making your own short film? I would think there’s a lot you can learn from this if you’re gearing up to make your first film in your own apartment.

[Editor’s Note: If no-budget horror is your thing, you don’t have to take our word for it, you can head over to the Facebook page for Slimy Little Bastards and check it out for yourself.]