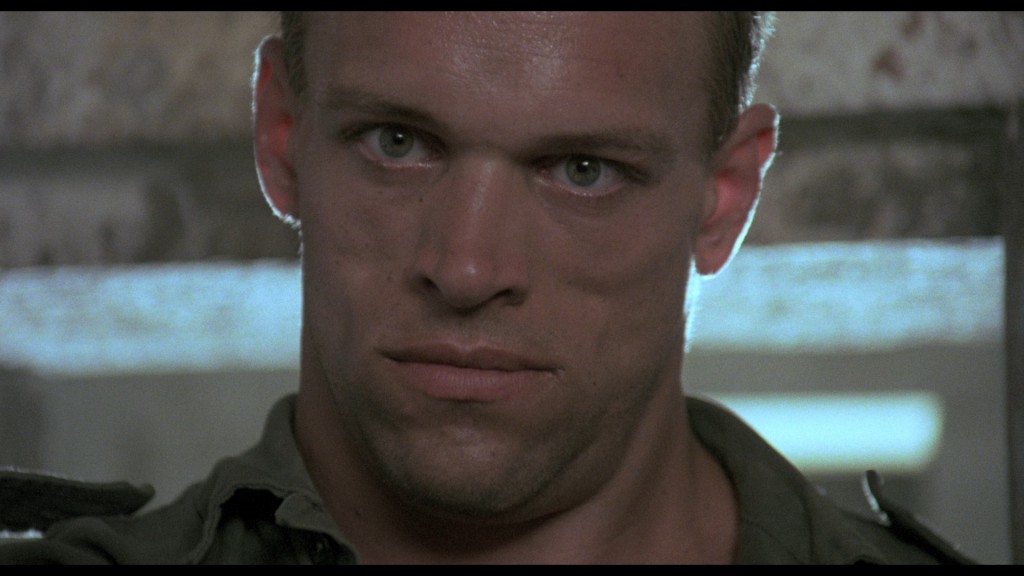 Arrow Films puts out solid genre releases month after month. They put out gorgeous looking films with great special features time and time again. However, if there is one fault of theirs, it’s that some of the films chosen for such releases clearly don’t deserve so much time and effort. Arrow loves the art of the genre film so much that they seem to have the occasional blind spot in matters of taste. One recent example is 1990’s Hired to Kill (I mean, just look at this incredible newly commissioned cover art… I promise you that this cover art is far more artistic than the film). 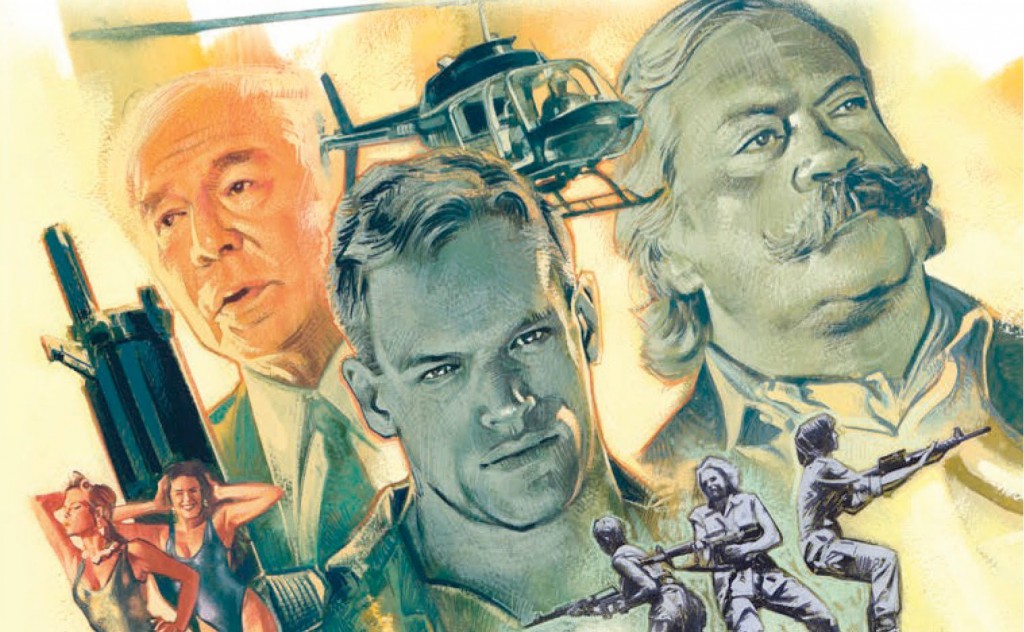 Hired to Kill stars Brian Thompson (known for being the guy whose clothes Arnold steals at the beginning of The Terminator, the cult leader in Cobra, and Shao-Kahn in Mortal Kombat: Annihilation) as the misogynist asshole mercenary Frank Ryan. The sexist pig he is, of course Ryan is forced to team up with a group of women to complete a seemingly impossible mission, one where he’ll have no choice but to trust his life to the hands of his team. What’s more is that Ryan is forced to go undercover as a gay fashion photographer, another shot across the bow of his misogynistic ways.

The supporting cast also features a trio of great actors in George Kennedy (Cool Hand Luke, The Naked Gun, Dallas), Oliver Reed (Tommy, Gladiator, The Brood), and Jose Ferrer (Lawrence of Arabia, The Caine Mutiny, Dune). Kennedy is Thomas, Frank Ryan’s boss in this operation. Reed is Michael Bartos, the man who Ryan and company must go through to complete their mission of breaking a mercenary, played by Ferrer, out of prison. All three give strong efforts despite being given a horrible script to work with, especially Reed, who gives 110% in his role. 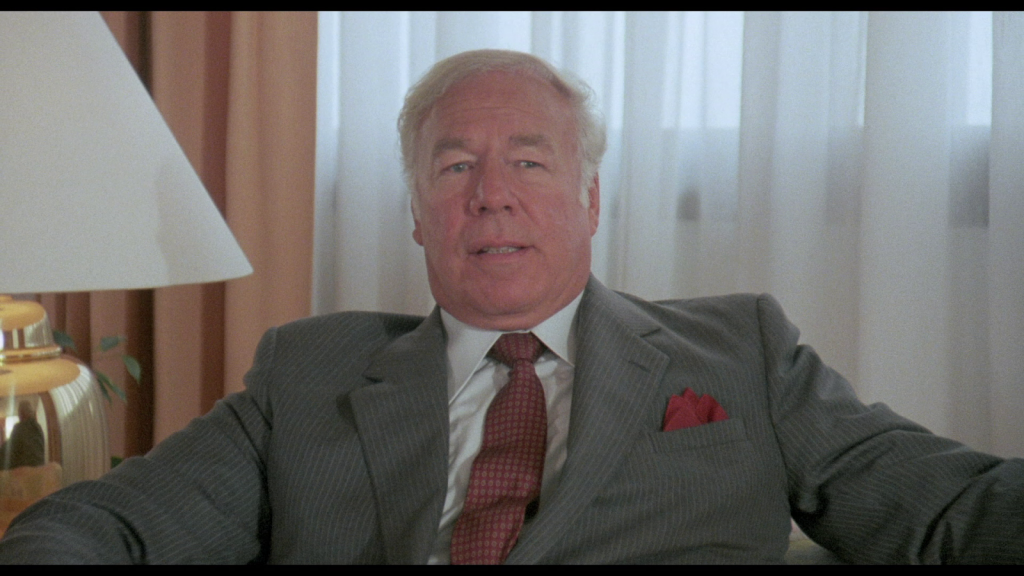 The formula for the film is classic 70s exploitation, but with an obviously bigger budget. The badass women brigade provide the T&A. The plot, as noted already, is thin, to say the least. The action sequences are, at times, robust and effective and, at other times, bombastic and over-the-top. If I didn’t know better, I’d assume this was a Cannon production as it has all of the trappings that make up the Cannon model.

Buried in this pile of crap are some solid performances, both from the names mentioned earlier and the several of the other cast members. For as poor a film as it is, it’s actually surprisingly well acted. Also buried in this pile of crap are some interesting moments and scenes, one being a pretty progressive moment for a film from 1990. In a scene where Oliver Reed’s Michael Bartos is testing Frank Ryan’s undercover identity, he pushes him on his sexuality; the result is Brian Thompson laying a big wet one on Reed in a manner that seemed to legitimately surprise Reed himself. Like I said… pretty damn progressive for 1990. 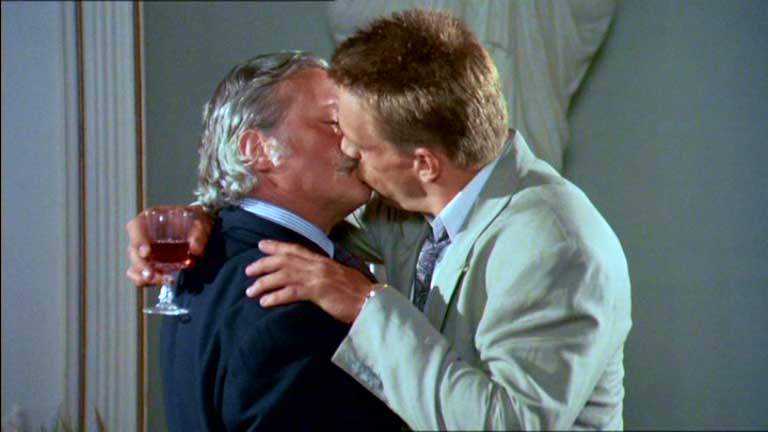 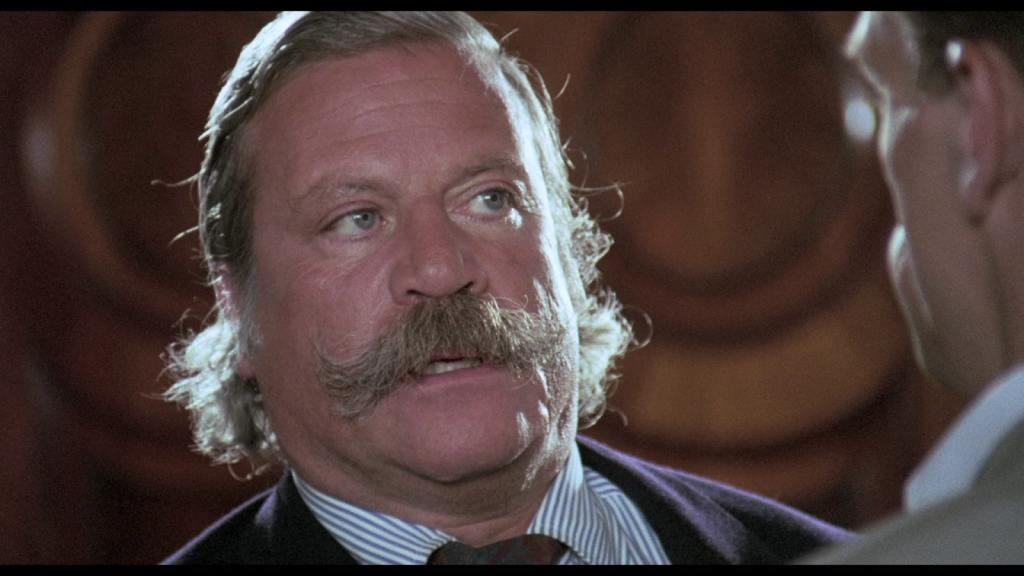