My cousin Jen was the biggest film geek I knew growing up, with her walls covered in posters of films like Pulp Fiction and The Long Kiss Goodnight. She ended up in a film program at college that ultimately lead her to become a strong filmmaker working in the corporate world. However, before she went all corporate on us, she did play around in a couple of indie films.

It just so happens that owners of a Roku can stream both of Jen’s masterworks, with one is available on any device your little heart desires. This week in Stream a Little Stream, I decided to highlight the films of my own flesh and blood. 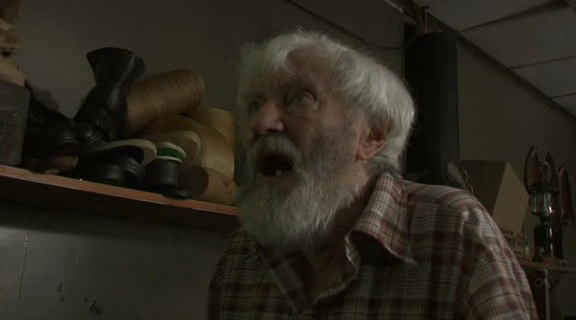 Let’s start with 2006’s Header which is featured on the Roku channel, Horror Hall. The film looks to be one of the most disturbing and batshit crazy films this side of Nekromantik, but my cousin found herself editing the sound for this film about performing a grotesque sexual act called a “header”. Proceed with caution, but if you are into extreme horror, this one is for you.

On the less intense, more real side of things, Jen was the editor and costume designer for 2004’s Crutch, filmmaker Rob Moretti’s coming of ale tale based on his own exploits and relationships. Just a tad more accessible, the film is currently on Amazon Prime and is a quick watch. Moretti’s vision came to life in large part because of Jen, so for that I give her kudos. Being an editor is no small task.

So, my cousin’s brief stint in indie film in the early-to-mid oughts may be over, but you can experience her work at the click of a button.