Quirk is easy to pull off. Put a couple mismatched oddballs together, add some kitschy anachronisms, ironic sentimentality, vintage style, deadpan humor, and maybe throw in a pair of gym socks or a sweat band, and you’ve got quirk. Good quirk, on the other hand, is a very tricky proposition. The “Quirky Indie Comedy” as a genre blossomed and flourished in the early-to-mid 2000s, after the success of films like The Royal Tenenbaums, Napoleon Dynamite and Little Miss Sunshine, turning “indie” into more of a mainstream style signifier than a business model.

New Zealand writer, director and actor Taika Waititi works in a style that falls squarely within the “quirky comedy” genre. His characters have a lot of idiosyncrasies, from the moon-walking title character in 2010’s Boy¸ to Rhys Darby’s “werewolves not swear wolves” manners-conscious alpha lycanthrope in 2015’s What We Do in the Shadows. It’s very good quirk too. Waititi’s writing style is distinctive and specific enough to justify the quirks; they aren’t lazy shortcut to indie-cred. But what moves his writing from good to great, and what makes his work far much more than mere imitation is how fully detailed his characters inner lives are. They are quirky, lovable outsiders, yes, but they are recognizably, fully human, in spite of their quirks. Waititi treats them with love.

Hunt for the Wilderpeople is a rare, bright spot in what has been an otherwise dim summer movie season. The New Zealand filmmaker and actor has shown considerable growth as a director since his 2007 feature debut Eagle vs. Shark, becoming a distinctive and vital presence in independent comedy. Wilderpeople is his best film yet. 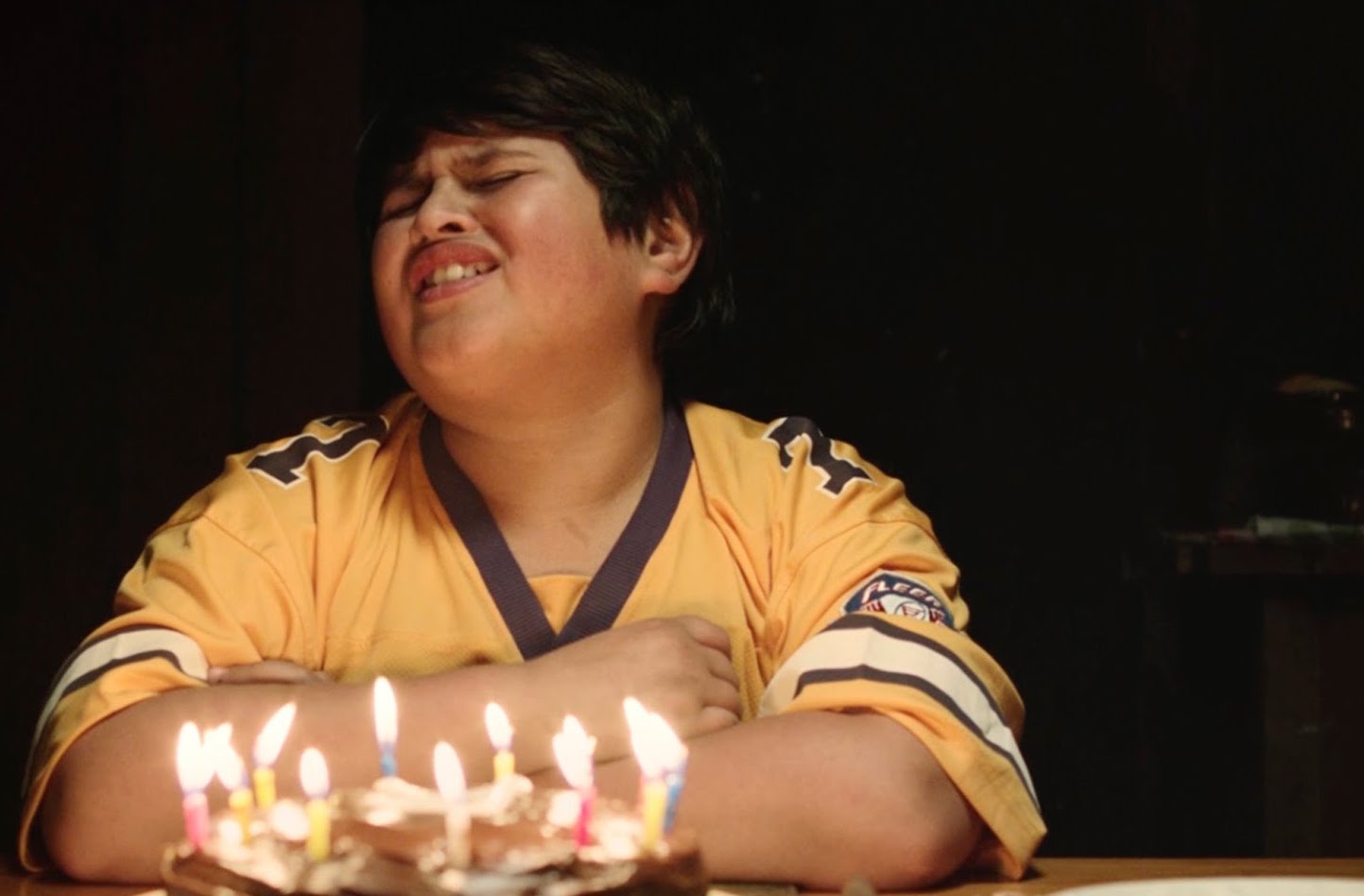 An adventure comedy set in the wilds of New Zealand, the film introduces us to our young protagonist Ricky Baker (Julian Dennison) just as he’s run out of options. A troubled thirteen-year-old ward of the state, he’s bounced from foster home to foster home, generating a long rap sheet of vandalism, petty theft and arson. He’s almost exhausted the reserve of foster parents, and has one more shot before being sent to a juvenile detention center. That’s when he is taken in by the angelic Aunt Bella (Rima Te Wiata) and her crotchety husband Uncle Hec (Sam Neill). Bella sees right through Ricky’s tough-kid Tupac-idolizing gangsta posturing, and reaches out to nurture the insecure, scared chubby kid beneath. Things are going great, and Ricky is starting to think he’s found a family. But the unexpected death of Aunt Bella brings that dream crashing to the ground.

With the State unwilling to let Ricky stay with the grieving Hec, and faced with the prospect of being placed in a juvenile home, Ricky splits. After clumsily faking his own death (and accidentally burning Hec’s barn in the process) he sets out to live in the woods. But he greatly overestimates his outdoor skills. It doesn’t take Hec long to find him. But, one broken leg, and a missing person’s report later, and the two find themselves national media sensations and the subject of an enormous manhunt. Everyone seems to think that Hec has kidnapped and maybe even molested Ricky. Hec, a skilled survivalist, manages to keep himself and Ricky a couple steps ahead of law, and manage to comfortably forage a life in the wilderness for months. Ricky and Hec begin to forge a makeshift family unit.

The interplay between the veteran Sam Neill and newcomer Julian Dennison is wonderful. The two actors have a great chemistry together, and their dialogue is whip-smart. I suspect we’ll be seeing a lot more of Dennison in the future. The film’s leisurely pace works beautifully too. It’s a pleasure hanging out with these two, and the lovably strange characters they encounter, including the loopy hermit Psycho Sam (Rhys Darby), the obsessive social worker Paula (Rachel House), and Waititi’s own turn as minister presiding over Aunt Bella’s funeral (who’s digressive sermon is one of the films deadpan highlights). It all builds to a slapstick and gently absurd car chase, culminating in a witty, and surprisingly poignant inversion of the Thelma and Louise climax.

Waititi never loses sight of who is characters are. They make mistakes in ways that ring true. They change and grow in ways that are believable and organic. Their actions have surprising, but very real consequences. We care about Ricky and Hec’s relationship, because we are invested in Ricky and Hec. 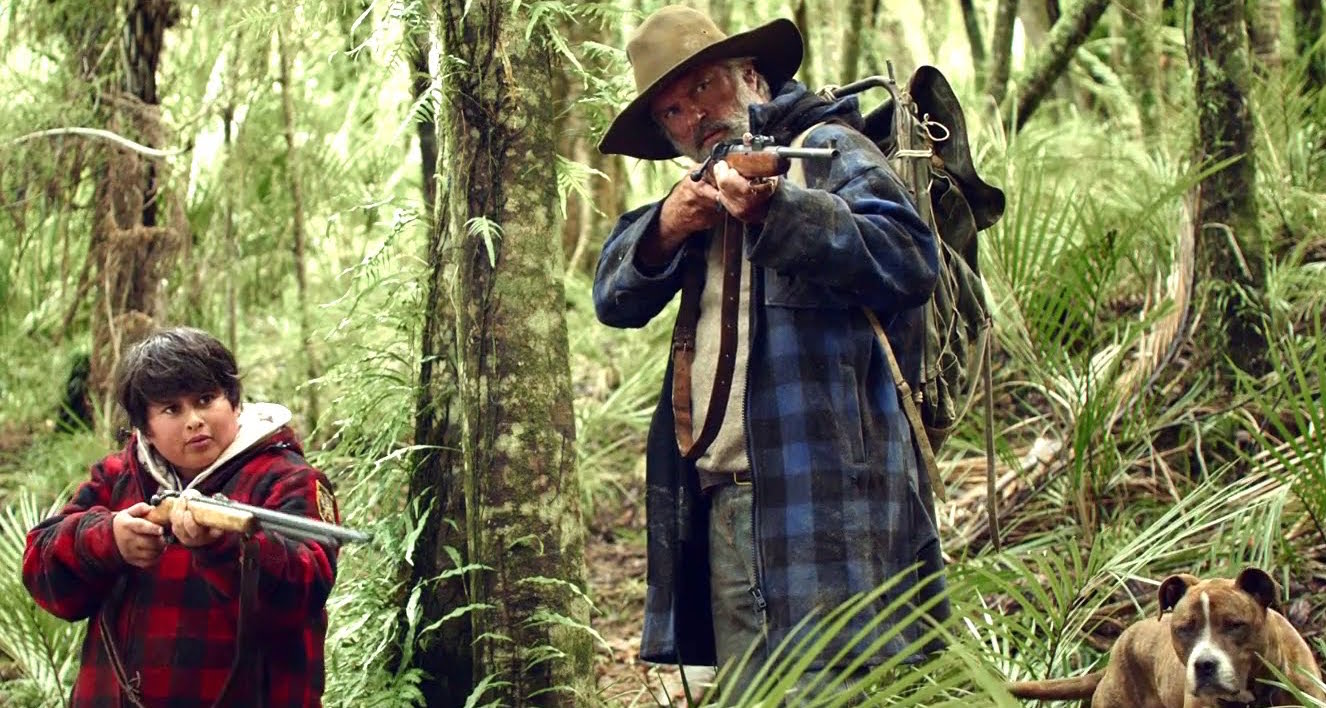