Mecanix is a fever dream. It’s visual poetry, by which narrative, meaning, and intention are shrouded by the flicker of visceral imagery. Its 70 minute runtime laced with the shocking and grotesque. 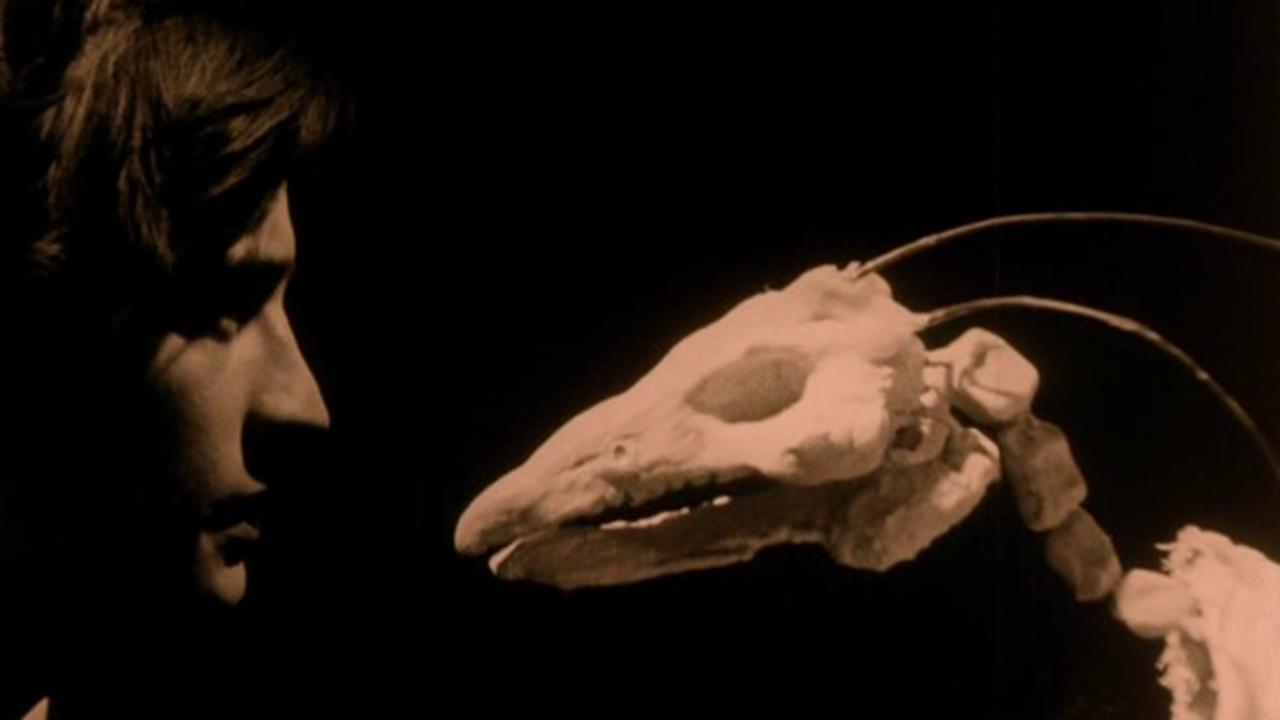 Here is where I would usually give a bit of a plot overview, but honestly I comprehended so little that it’s not even worth me trying. There is the apparent oppression of humanity at the hands of some alien-like creatures. There is an on-going theme of trying to find an embryo–maybe a means of salvation?–but this is largely communicated by some characters croaking “embryo” over and over, as well as an ongoing fascination with plunging knives and god-knows-what in everyone’s abdomen area. This is not an easy narrative, and most of it flashes without any dialogue.

What Mecanix lacks in plot clarity, it gains in pure atmosphere. This is a film that mixes stop-motion and live action. Stop-motion is something of a rarity in non-children films, largely relegated to the arthouse branch of cinema. Among the fairly small realm of arthouse stop-motion is the Japanese oddity, Tetsuo: The Iron Man. Tetsuo is revered in its own right as a landmark of Japanese cinema and as a dark, disturbing piece of film. Mecanix seems to take a whole lot of inspiration from Tetsuo, itself easily described as “dark and disturbing.”

Of course, the closest alignment between Mecanix and Tetsuo (aside from the steampunk aesthetic and hard-to-follow narrative) is the way they use metal to craft their industrialized worlds. With Tetsuo this is in the way scrap metal inches its way across the screen, mutates, and melds with bodies to form humanized washing machines. Here we have creatures made of metal, feathers, bone, and other miscellany, like they’re some sort of twisted fantasy from The Texas Chain Saw Massacre.

We watch as these handmade creatures, which feel like they just leapt off the conceptual sketchpad for Wizards (1977), walk back and forth, bob heads, sit on thrones looking very kingly, and et cetera, and et cetera. The environment is also cobbled together as we see industrious machinery skitter back and forth as each frame suggests the gaps from the prior.

Mixed in with the stop-motion are actual humans–actors who lend an actual face to the pandemonium. These are our protagonists though, as they almost never speak and lack names, the film keeps them at arm’s length. Faces, not personalities to guide us.

It’s all held together with a soundtrack that leans heavily on harsh noise. You almost get used to the aural tv snow fuzz, when it all cuts out for silence or something ambient. The soundtrack decisions become tempting to ignore, but they serve as a sort of emotional guide as trends begin to emerge–themes that match different characters or settings. What we lack in dialogue we get, in a way, with the way noise interlaces with what’s on screen.

Mecanix is a special little film, at least for those of us who fall into the extreme stop-motion visual poetry niche.