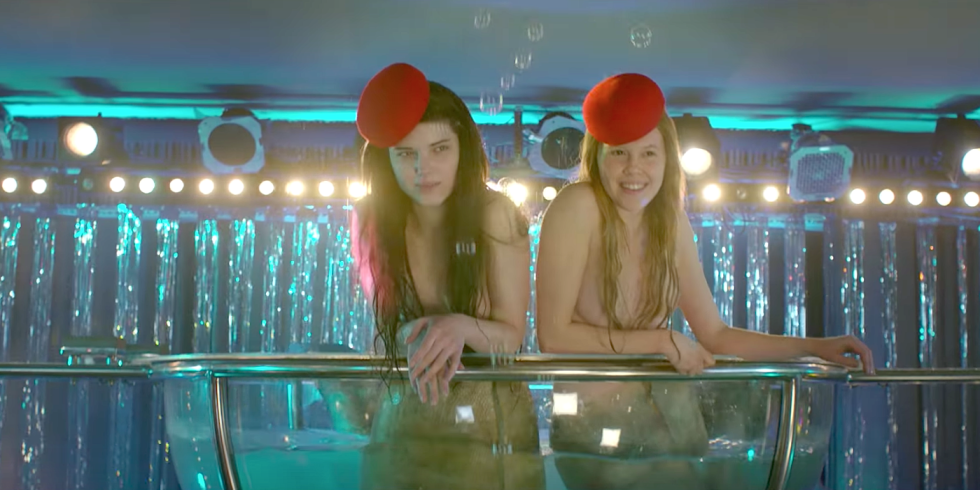 How many movies can you name that are about musically inclined, night club partying, murdering mermaids? Not many. If by some random chance you have a list, this better be at the top of it – you should also share that list, just saying.

You cannot deny the originality. For something that seems so absurd on paper, really came together as an amazing bit of cinema. Female horror directors have been knocking it out of the park lately for me, and I only hope it continues! 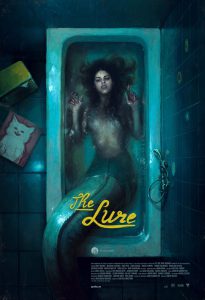 The Lure is a gorgeously shot film with an awkward coming of age tale attached to it. The sisterly love is strong and undeniable, which was very reminiscent of Ginger Snaps to me. When you know a bond is strong, it’s almost imminent that something is going to come in the way of the two and mess things up. This then would provide with a conundrum that adds tension and drama to the story. Surprise! It does, and does it so well.

I can’t get over these colors in this. Scenes are painted with neon along with melancholic dark tones that somehow form together with the music involved creating magic. I feel as though not one genre of music was slighted in this as well. Disco, pop, heavy metal, The Lure had it all.

Will this be for everyone? No it won’t and I can see why. However, I loved every second of this. It’s the tale of The Little Mermaid before Disney got the rights to it. The true ending not many know of. It’s vibrant, gory, sultry, harmonious, and strange. I can’t help but applaud the director for taking on this film, pushing boundaries, and creating one hell of a memorable movie!